The West Lectureship in Analytical Chemistry is held once each academic year at Louisiana State University and is given by an internationally known scientist who is performing research in analytical chemistry. The West Lectureship speaker is selected by graduate students pursuing analytical chemistry research, and the visit is organized and coordinated by a committee of graduate students, with help and guidance from a faculty committee.

Two talks are given. First a general talk, aimed at the broader LSU and Baton Rouge community. The second talk is more technical, appropriate for a chemistry audience. 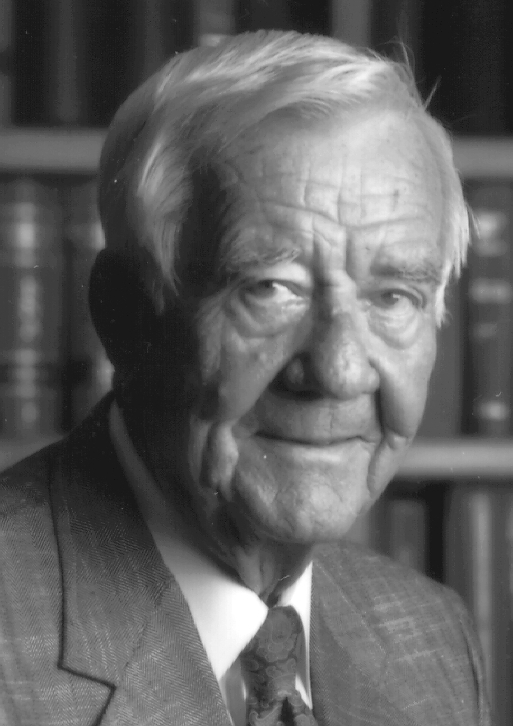 Professor West was LSU’s first Boyd Professor of Chemistry, the highest professorial rank awarded at LSU. Dr. West received his Ph.D. in 1939 from the University of Iowa, joined the LSU faculty in 1940, and retired in 1980. During his career, Professor West published over 180 scientific articles and three books in the field of water treatment and analysis, polarized light microscopy, air pollution, chromatography, industrial hygiene, and personal monitors.

Dr. West earned national science awards, including three from the American Chemical Society: the Southwest Award, the Fisher Award, and the Award for Creative Advances in Environmental Science and Technology. Dr. West was a devoted educator, researcher, and entrepreneur. He founded a private company, the West-Paine Laboratories, and directed the LSU Symposium on Modern Methods of Analytical Chemistry, which brought essentially all the well-known names in analytical chemistry to the LSU campus between 1948 and 1965.