benefits of coastal wetlands are widely documented—as buffers against hurricanes, as filters that clean water and as wildlife habitat. But as the threats posed by rising sea levels and other coastal hazards come into ever-sharper focus, these multitasking landscapes may become something more—protectors of the nation’s military infrastructure.

This is the idea outlined in the Developing Engineering Practices for Ecosystem Design Solutions, or DEEDS, project, a partnership between LSU and the U.S. Army Engineer Research and Development Center. Together, researchers will develop a set of engineering and design strategies to protect both the Army’s coastal infrastructure and people. But rather than relying on standard engineering practices like flood walls and drainage, the DEEDS project sets forth an ambitious agenda—to leverage the natural features of the coastal ecosystems themselves to build and protect land. This means using the land-building powers of river diversions, for example, or allowing mangrove forests to reduce coastal erosion and dampen waves and storm surge.

The DEEDS project makes full use of the wealth of coastal expertise available at LSU, including that of its newly created Coastal Ecosystem Design Studio, headed by Robert Twilley, professor in the Department of Oceanography & Coastal Sciences and interim vice president of research and economic development.

“We take the way an ecosystem performs and the services it provides and translate this knowledge into value and what it means to people,” Twilley said.

The project also couples with another LSU-military collaboration, the ACTIONS project, where LSU researchers help the Army prepare its coastal assets and operations for the challenges of a changing climate and coastline. 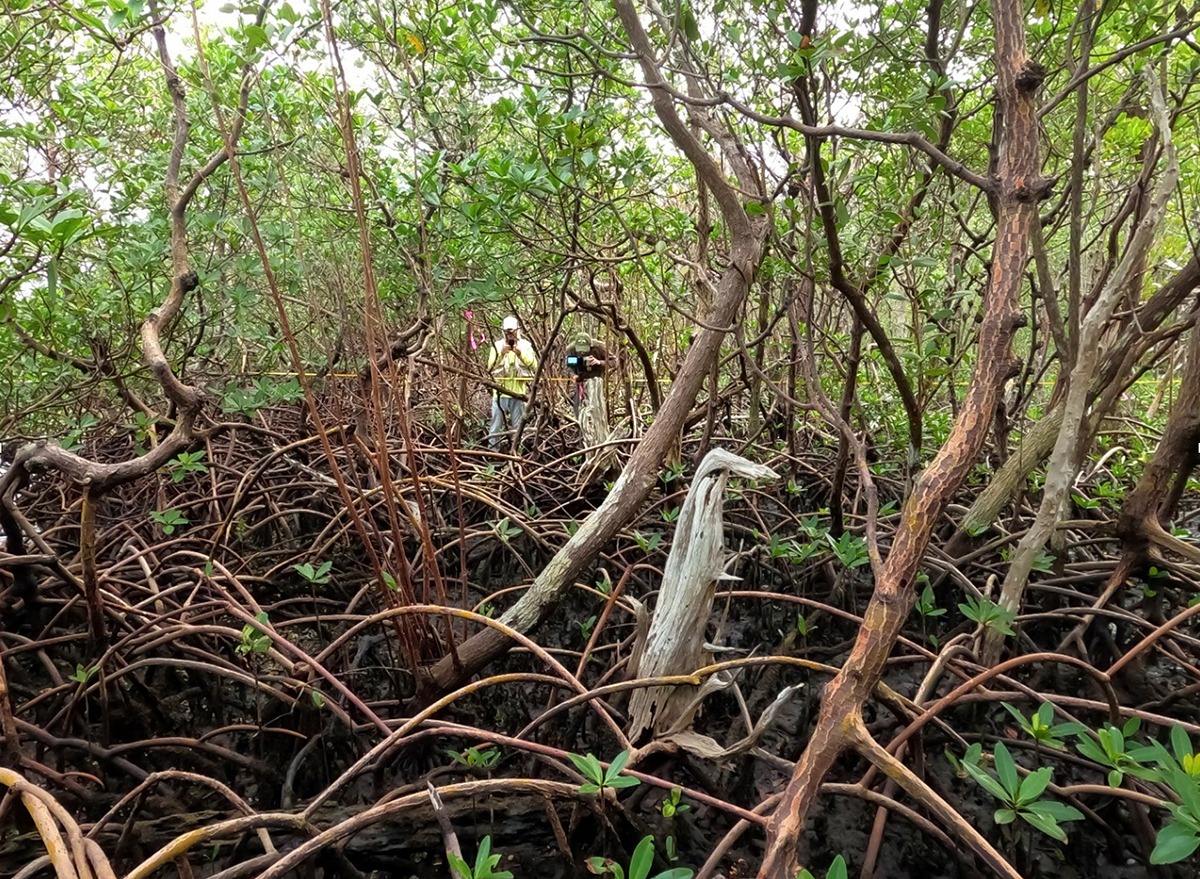 LSU scientists and engineers use light detection and ranging, or LiDAR, to measure the massive prop root systems of coastal red mangrove trees, which can provide important ecosystem services of interest to the Army. Such services include decreased erosion, storm surge and flooding, which endanger military infrastructure and people.

– Photo courtesy of the researchers

“We are excited to partner with LSU on this project, which will directly support confident prosecution of military mission operations across a range of challenging coastal conditions. It will ultimately lead to groundbreaking engineering practices that make use of innovative ecosystem design solutions to create more sustainable and resilient future coastal terrains.”