Freshmen and sophomores at LSU and Southern University are now pursuing a two-year leadership development program piloted by the LSU Leadership Development Institute (LDI). The goal is to develop future leaders for both military and civilian life. All of the students are either ROTC cadets, cybersecurity majors or both.

“Knowing yourself as a leader can help people vector to positions that are actually a much better fit for them where they are happier and perform better,” said Lieutenant Colonel Lisa O’Neil, who is in charge of Air Force ROTC at LSU. “If we want to grow strong leaders for our national security, a program like Bengal Corps can help our students get several steps ahead in terms of their ability to bring together a team.”

The students identify the strengths and stressors that come with being the particular type of leader they are—a practice they’ll return to at the beginning of each semester as they work for the next two years to align their personal habits with their own leadership goals. While the first semester of Bengal Corps focuses on leadership of self and developing a personal leadership philosophy, semesters two and three cover leadership of teams and organizations.

“Although we emphasize diversity today, our future is really in developing unity,” said Captain Brien Dickson, who leads Navy ROTC at Southern University. “Bengal Corps is a great initiative to give our junior leaders the capacity to contribute to growing unity in their future military units, in their communities and throughout our nation.”

Meet five LSU Bengal Corps students, including Taalib Auguste (below), an Army ROTC cadet and LSU political science major from Prairieville, Louisiana, who is a French-speaker of Creole descent. “My goal is to give back to the community that raised me.” 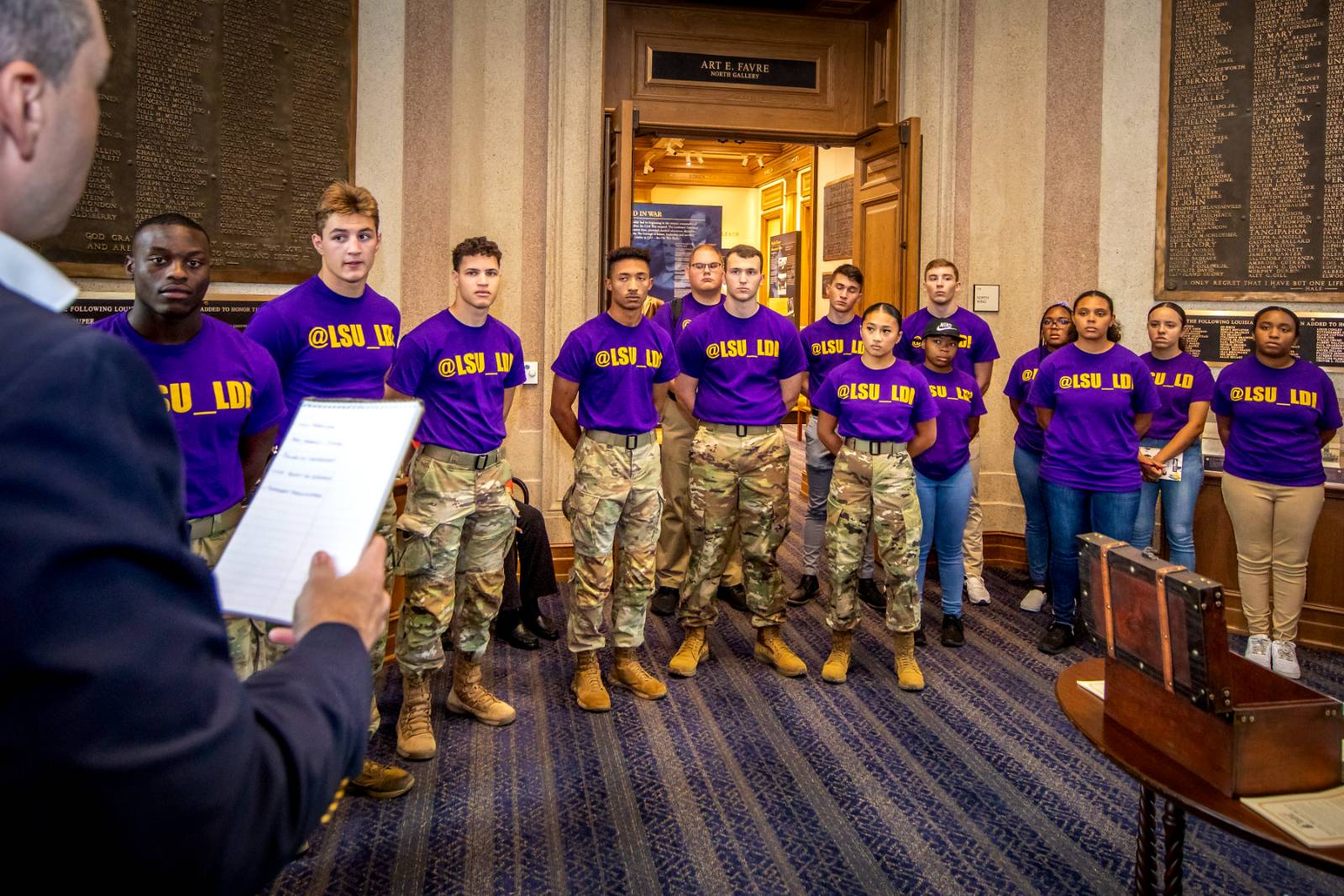 Captain Dillon Mathies with the Louisiana National Guard talked about the foundational values behind good leadership with the LSU Bengal Corps class inside the William A. Brookshire LSU Military Museum.

“Natural leaders aren’t the only leaders. Leadership is learned... I’ve made my way to it, but I had to fall on my face, get up and learn from my mistakes to be able to do so. Something like Bengal Corps would have given me the tools to execute a deliberate plan.”