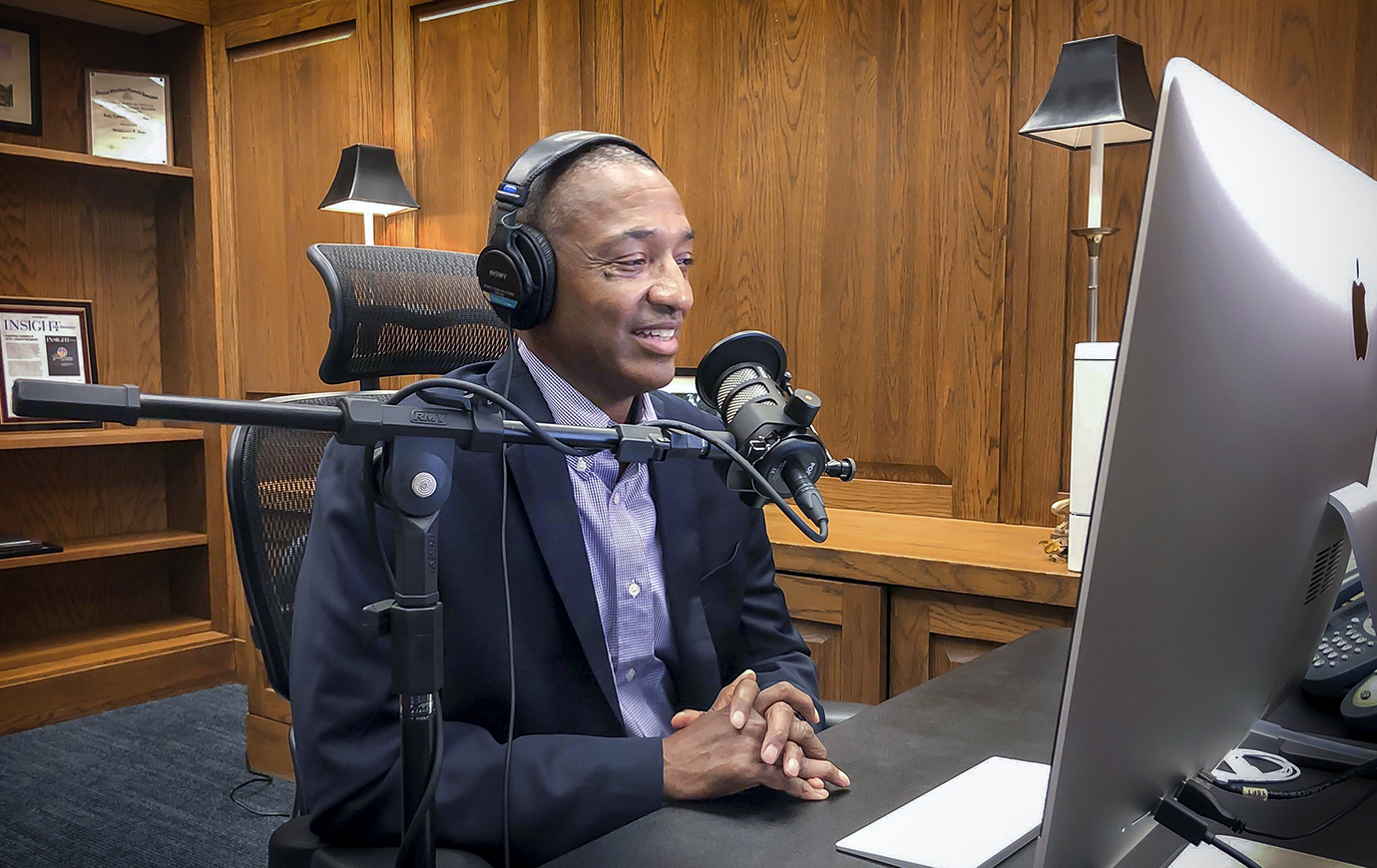 William F. Tate IV is the president of Louisiana State University. As a scholar-athlete, he has spent his life fueling both his love of knowledge and of sports.

Tate played basketball and baseball, and ran track and cross country during his school years. After college, he added golf to the roster and it quickly became his game of choice.

Inspired by his favorite sport and the idea of individuals at LSU being "on par" in their areas of interest, On Par with the President is a podcast hosted by Louisiana State University President William F. Tate IV. During each episode, he will chat with students, faculty, and staff from the LSU community who are at the very top of their game about their journey to success, setting and fulfilling goals, creating a legacy, and more.