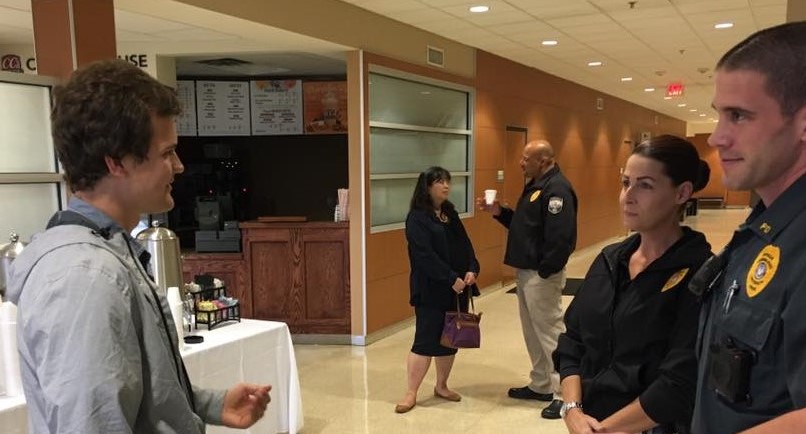 The LSU Police Department and its members have a responsibility to the community, which not only includes the enforcement of laws, but also maintaining professionalism at all times. This standard of professionalism should be adhered to by all employees of the LSU Police Department to maintain the confidence, cooperation, and respect of the community.

The Department recognizes the rights of citizens and also acknowledges that LSU Police Officers/employees must be free to exercise their best judgment in taking reasonable and necessary action while performing their duties without fear of reprisal.

Specific complaint procedures have been developed and implemented by the LSU Police Department to ensure that fair and proper action is taken when an Officer/employee is accused of any type of misconduct. This also protects Officers/employees from false or unwarranted allegations. Additionally, this system provides a means of identifying and correcting deficiencies in procedures, policies, training, and/or supervision.

It is the mission of the LSU Police Department to ensure integrity, efficiency, and quality in the service of the community that we serve and protect.

Who can make a complaint?

Any LSU student, faculty, staff, or other citizen that has been affected by an LSU Police Officer/employee's conduct, can make a complaint. An exception would be a parent filing a complaint on behalf of a minor child.

In what form(s) should the complaint be made?

Complaints may be made in the following manners:

To whom should the complaints be made?

The Patrol Division Commander or any On-Duty Patrol Supervisor may field your complaint.

When may complaints be made?

Complaints may be made at any time. The LSU Police Department operates 24 hours a day/365 days a year.

What information should  be included in the complaint?

Am I able to file a complaint anonymously?

Yes. However, if a complainant wishes to remain anonymous, this may influence the outcome of the complaint due to limiting the investigative process.