Preserving Mementos of War and Service 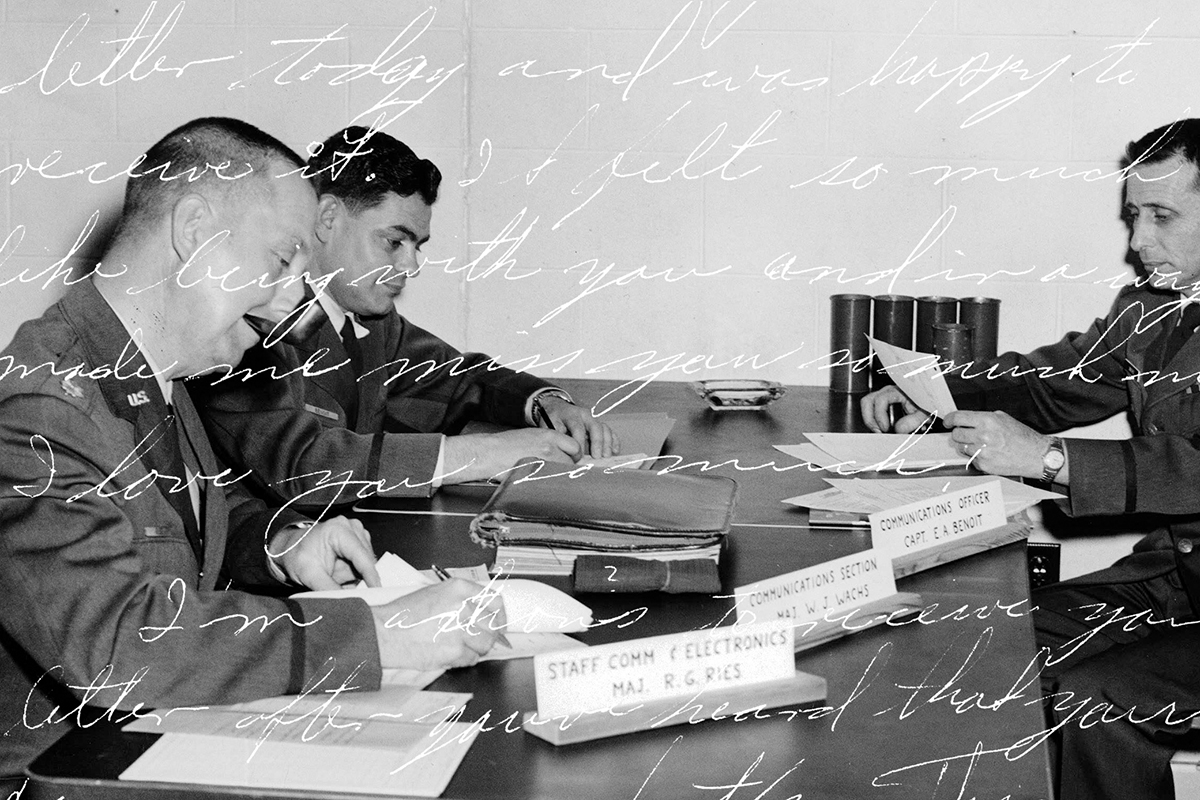 LSU School of Library & Information Science Associate Professor and Virtual Footlocker Project Director Edward Benoit III’s father, retired Air Force Major Edward Benoit, Jr. (further from the camera), was an officer in the Air Force and sent many handwritten letters back home. Once he returned from service, many of those letters were stored inside a physical footlocker, which upon his death became the inspiration for the LSU Virtual Footlocker Project.

Personal items and documents belonging to active-duty military and veterans, such as handwritten letters, emails, photos and social media posts, help humanize the American war experience and can become part of our shared history—but not if they’re lost, hidden, forgotten or destroyed. An LSU researcher is now offering resources to help make sure the latter doesn’t happen.

For the vast majority of Americans, mementos that tell stories of war are found in archives and museums. But for those who serve in the military, these objects are also found in attics and garages, in closets and under beds—and, increasingly, on digital devices, such as cell phones and computers. Some of these keepsakes eventually make their way into archives and museums, as they’re donated by veterans and their families, but when they don’t, some aspect of the story of the American war experience inevitably goes untold.

“I kept coming back to this question; how do you pass down a bunch of emails?” said Edward Benoit III, associate professor in the LSU School of Library & Information Science and director of the Virtual Footlocker Project. “You probably don’t.” 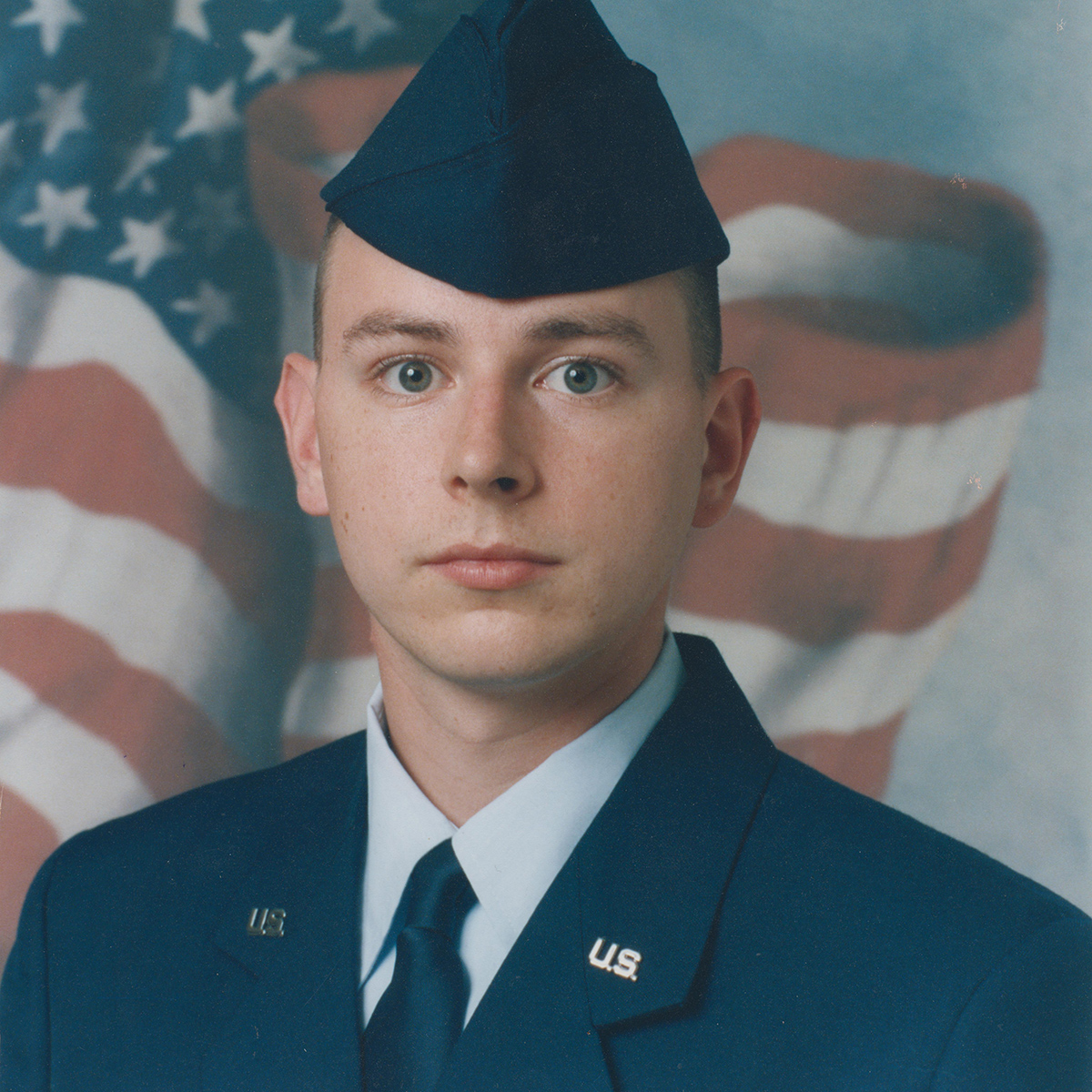 Edward Benoit III, pictured here during his first week of Air Force basic training, is now an associate professor in the LSU School of Library & Information Science and director of the Virtual Footlocker Project. He has established best practices and protocols for how to identify, organize, store and preserve military memorabilia; both for archivists who work with veterans as well as for active-duty military and veterans (and everyone) who want to save physical items as well as emails, text messages, videos, digital photos and social media posts for themselves or their families, or to bridge what otherwise could become a critical gap in the historical record. All resources are now freely available online on the Virtual Footlocker Project website.

Benoit is a military veteran, and so was his father. When his father, a retired Air Force officer, died in 2011, Benoit inherited his physical footlocker, a box filled with handwritten letters, photographs, journals and other memorabilia.

“What surprised me the most were the letters and how similar they were to ones I received while in the Air Force,” Benoit said. “Even though my father’s were written in the early 1950s and mine were from 50 years later, our friends wrote about the same things—providing updates on the ‘real world,’ discussing training and logistics and generally keeping in touch with family and friends while away.”

“What surprised me the most were the letters and how similar they were to ones I received while in the Air Force...Even though my father’s were written in the early 1950s and mine were from 50 years later, our friends wrote about the same things—providing updates on the ‘real world,’ discussing training and logistics and generally keeping in touch with family and friends while away.”

“As a trained archivist, I also couldn’t help wondering how the people I served with, especially with the advent of social media around the time of Operation Enduring Freedom and Operation Iraqi Freedom, would pass on their memories,” Benoit added.

Over the past five years, Benoit has conducted research with active-duty military and veterans and gathered resources to make it easier for those who serve to preserve their memorabilia for themselves and others. First, he did hundreds of surveys. Then, with $391,000 in support from the Institute of Museum and Library Services through an early-career grant, Benoit organized dozens of focus groups to delve deeper into what soldiers, sailors, airmen and marines have on hand and what they need and care about. He involved every branch of the military—Air Force, Army, Coast Guard, Marine Corps, Navy, as well as reserve and National Guard members—and met separately with enlisted and officers.

Surprisingly, the COVID-19 pandemic had a very positive effect on the project. By not traveling around the country to meet with soldiers and instead holding all meetings on Zoom, Benoit was able to double the number of focus groups, as well as add ones specifically for service women.

“The biggest surprise to me, and what we found, is that the modern soldier has just as much analog material as born-digital material,” Benoit said. “And, quite frankly, they’re really more concerned about that—how to preserve physical objects. There is still a good letter-writing culture in the military because you don’t always have internet when you’re deployed and actually sitting down and writing can be therapeutic.”

But as expected, Benoit also collected many stories about lost passwords, hacked accounts, legacy phones that cannot be accessed anymore and broken computers. One respondent said, “I decided to back up a lot of stuff on Photo Bucket, which was a great idea per se, except that if I didn’t go to Photo Bucket for about five years, then I cannot find the password. I’ve tried contacting them. They said…If you haven’t updated, then it’s gone.”

Benoit ended up developing two sets of curricula that are now freely available on the Virtual Footlocker Project website. One curriculum is for active-duty military and veterans, and the other trains archivists and cultural heritage workers on how to work with service members and veterans.

“We’re not reinventing the wheel; we’re simply pointing people to good resources that have done a bad job of promoting themselves,” Benoit said. “The first thing I tell people is to start now. The best time to start thinking about preservation of documents is when you join the military, and the second-best time is now, whenever now is. This is particularly important with digital materials; making sure they’re gathered as close to creation as possible, so they’re not accidentally deleted or lost.” 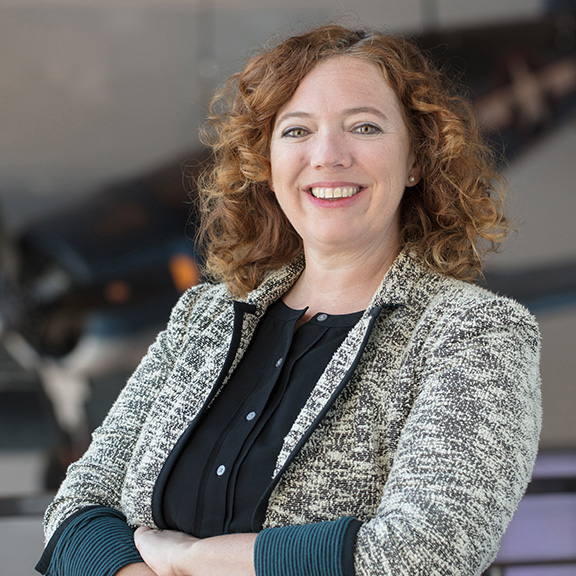 Kimberly Guise, senior curator and director for curatorial affairs at the National WWII Museum in New Orleans, says the resources provided by the LSU Virtual Footlocker Project serve as a comprehensive guide to documenting and safeguarding a legacy of service.

Nobody knows this better than Kimberly Guise, senior curator and director for curatorial affairs at the National WWII Museum in New Orleans.

“Personal items that have been saved and preserved by veterans and their families form a large part of our collection,” Guise said. “Material that may seem insignificant at the time of origin can later prove historically or sociologically relevant.”

The National WWII Museum collects not only military equipment and items used in combat or related to operations, but also personal and unique pieces.

“These valuable sources can give us a glimpse into the individual experiences of those in service—the insecurities, the inspirations, the everyday—that are incredibly relatable and key to sharing the stories of those in wartime,” Guise said. “For those serving in the military and for veterans, as well as archivists and museum professionals, the resources provided as part of the LSU Virtual Footlocker Project serve as a comprehensive guide to documenting and safeguarding a legacy of service.”

While World War II was thoroughly documented, the same isn’t true for later wars, including the war in Korea between 1950 and 1953, veterans of which are now in their 90s—if they’re still around to share their stories and memorabilia. Guise and Benoit both recognize the power archivists have over what becomes part of our shared history and social memory.

“Korean war veterans don’t really have a museum and they barely have a memorial,” Benoit continued. “They’re also the generation that’s dying off right now. Meanwhile, when personal artifacts of soldiers wind up going into archives and museums, they become this treasure to help humanize the military experience.” 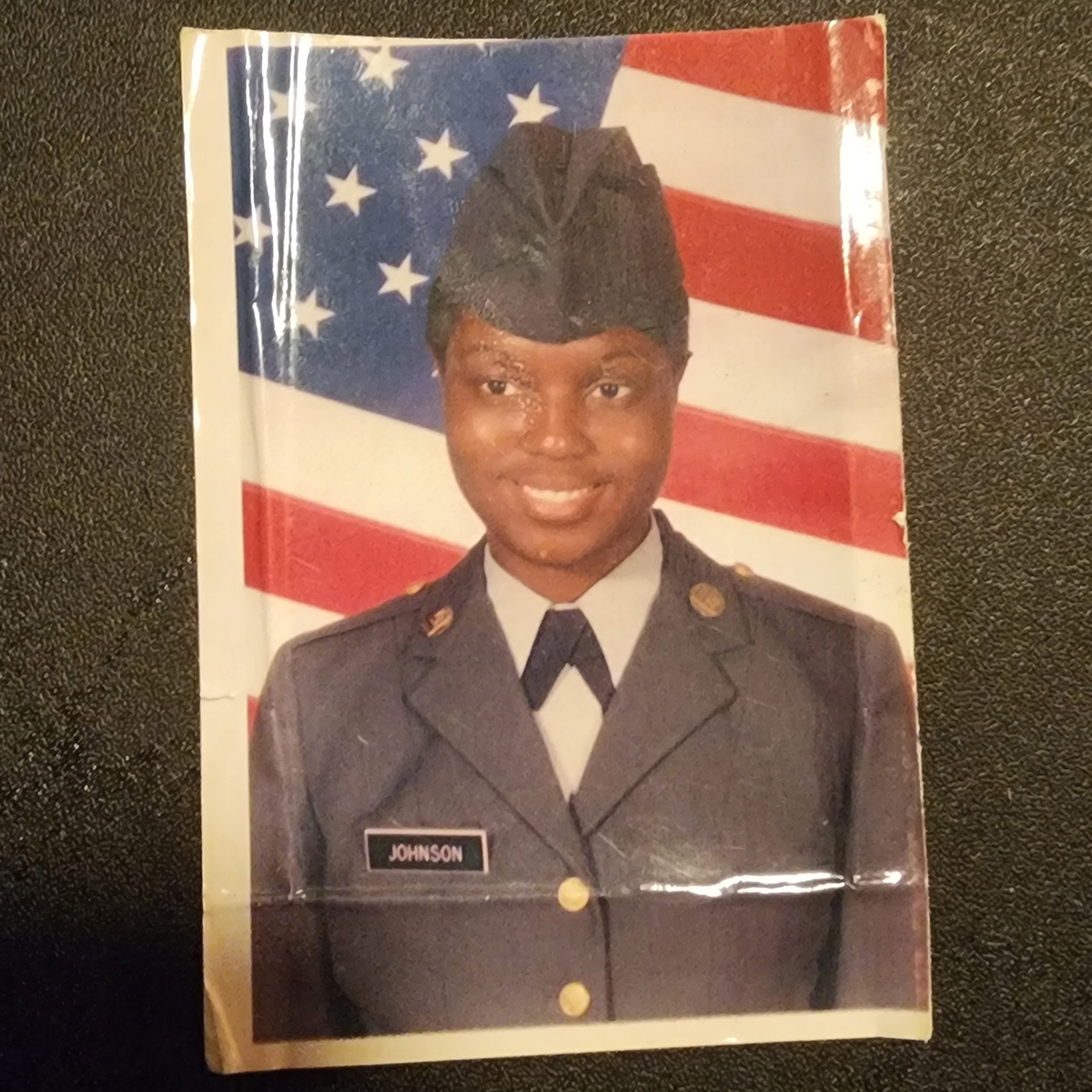 Tara Garbutt from New Orleans is both an Army veteran and an archivist—she helped shape the Virtual Footlocker Project as part of its many focus groups and is now pursuing her second master’s degree at LSU in Baton Rouge.

About every sixth respondent who participated in the Virtual Footlocker Project focus groups lives in Louisiana. One of them is Tara Garbutt, an Army veteran and New Orleans resident who is now pursuing her second master’s degree at LSU in Baton Rouge.

“I’ve always loved history, and LSU is the only school in the state that is accredited for archiving, which is what I want to do,” Garbutt said.

After being honorably discharged from the military in 2017, Garbutt volunteered for the Louisiana State Archives and the University of New Orleans where she worked with sheet music and collected runaway slave ads from 19th century newspapers.

“My goal is to prepare materials for future researchers, do cultural heritage-type archiving and gather knowledge for others to learn from,” Garbutt said. “As a veteran and archivist, I see the value in LSU’s Virtual Footlocker Project because I didn’t really think of saving my military stuff, and now I carry my documents in a fireproof bag, and I also got a lot of my dad’s stuff from the Vietnam War. He was in the Army; he volunteered. I think preserving military memorabilia can help gain an appreciation for the role soldiers play and for whatever you dealt with during your service.”

During Hurricane Katrina, Garbutt was living in New Orleans East where she got nine feet of water in her house.

“That teaches you something, and I lost a lot of stuff,” Garbutt said. “Now, if we need to leave real quick from hurricane, flood or fire, I have my bag and I have backups on the computer.”