Kimberly Belalcazar served her country as a behavioral health specialist in the Army.

“I wanted to travel. I wanted to meet new people. I wanted to serve the country,” Belalcazar said. “I just didn't feel like I wanted to go to college right away, but I always knew I was going to become a psychologist.” 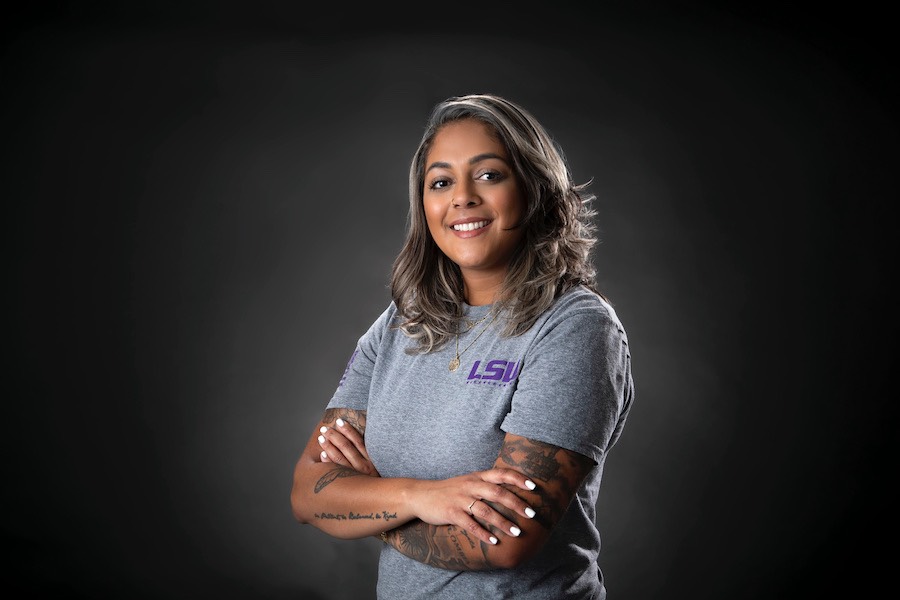 A high school teacher inspired her to join the military.

“In my freshman year of high school, my Advanced Placement, or A.P., Human Geography teacher would always play videos of Marines. I wanted to join the Marines first, but I ended up joining the Army because they let me choose my job. They're the only branch that will let you choose a specific job and include it in your contract.”

Belalcazar, who was born in California and moved to Orlando, Florida, in 2005, enlisted in 2014, choosing to become a behavioral health specialist. Her first duty station was at Fort Stewart in Georgia.

“In my role, I did inpatient work, including admissions and therapy with high-risk behavioral health patients. I did that for a few years, and I was over a trauma-resolution intensive outpatient program, so patients who don't necessarily need to go inpatient but need more intensive therapy than a weekly appointment,” she said. “I also worked with Automated Neuropsychological Assessment Metrics, or ANAM, testing.” 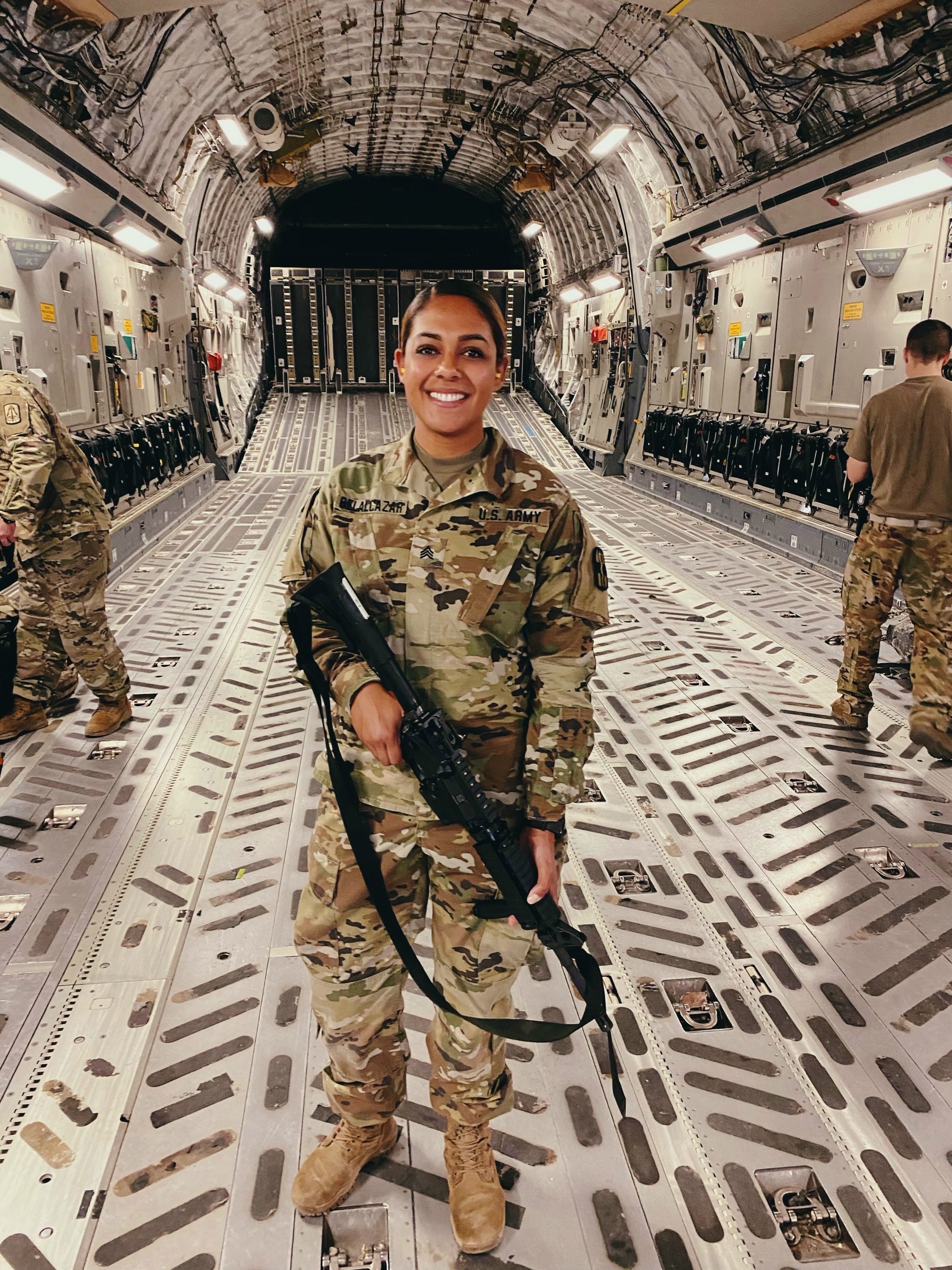 In 2021, Belalcazar received orders to deploy to Afghanistan.

“We would test soldiers before they would deploy to find a baseline for them: to see if there were any changes upon their return, if they had traumatic brain injuries while serving,” she said.

She was also stationed at Fort Hood in Texas. In 2020, she spent a month in New York City helping both service members and civilian physicians during the COVID-19 pandemic.

“I think the beginning of the COVID pandemic was a hard time for everybody but especially the doctors, nurses and the medical staff who were working with patients. We went to all the major hospitals in New York City, talking to the doctors and nurses and educating them on the services we provide,” Belalcazar said. “We were also making calls to the soldiers that were quarantined who had COVID, who couldn't be in contact with anyone. We had a team that would call them every day, make sure that they had food or any items they needed.”

In January of 2021, she received orders to deploy to Afghanistan.

“I was there for a very short period because around that time is when the government started pulling everybody back. Our mission was to provide behavioral health services to soldiers and any military that was there,” she said.

She completed seven years in the Army before enrolling at LSU to study psychology and join her girlfriend in Louisiana.

“I had always heard good things about LSU and wanted to have a real college experience. I knew this would be the perfect place for that,” Belalcazar said.

Belalcazar said she has always been fascinated with the human brain.

“I've just always thought that the human brain is so interesting and that there are endless things to learn. I think most, if not all, of the problems you can find in the world go back to mental health. There is always a need for mental health providers, especially today, in an age with the vast amount of challenges we face as a nation,” she said.

On LSU’s campus, she is a navigator at the LSU William A. Brookshire Military & Veterans Student Center, where she helps other LSU student veterans and their families. 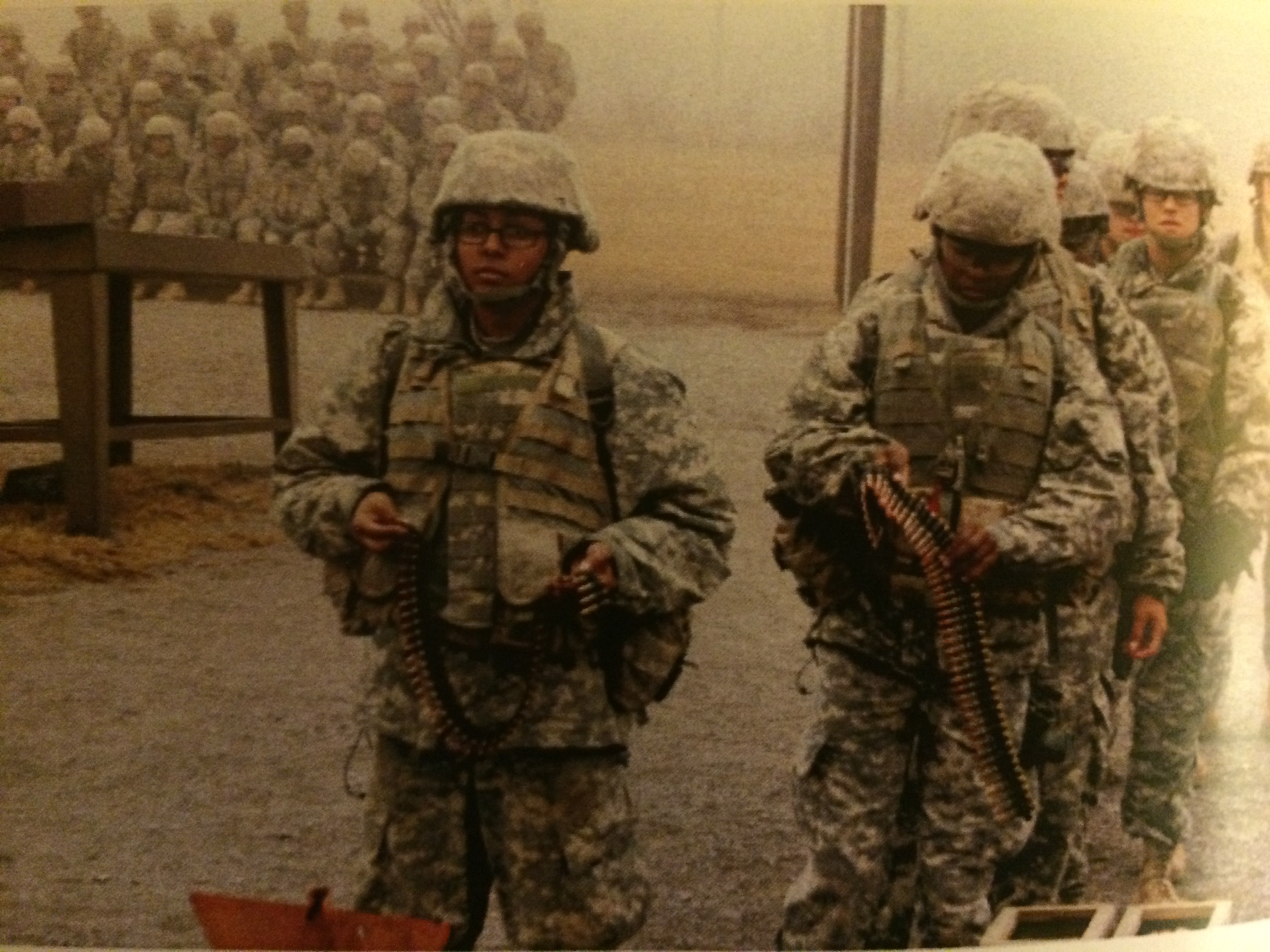 “The position is through the Louisiana Department of Veteran Affairs, but it's also an AmeriCorps position. I help active military, veterans and family members by offering them resources or anything they might need help with. I also do service projects and plan events with the purpose of helping transitioning veterans and active-duty military succeed while forming meaningful relationships during their time at LSU,” she said.

“We at the Louisiana Department of Veterans Affairs are proud to partner with LSU through our LaVetCorps program to provide services to the student veterans who have chosen it as their higher education institution,” said LDVA Secretary Joey Strickland, COL (USA Retired). “Like our relationship with LSU, LDVA partners with 31 other public and private colleges and universities across the state to serve its 10,000 student veterans. Our LaVetCorps navigators are critical to the success of our college students, and our goal is to serve them throughout their collegiate years culminating with graduation.”

“It's something I'm really passionate about because I see how it can change people's lives,” Belalcazar said. “I always wanted to work with children and realized one day that the joy they bring, their resiliency and the attitude they have throughout recovery and with life in general is something that you won’t find in any other population. I think that although it is heavy, it's a career that would give me extreme fulfillment and allow me to help improve the child and the family's quality of life.”

Even though she is no longer in the Army, she said the relationships she formed during that time, as well as with the student veterans on LSU’s campus, are what mean the most to her.

“I can't speak for all veterans, but I am thankful for all the experiences I had and that I had the privilege of being able to serve this country and that I was able to help soldiers. I think that even if you're not in the military anymore, it will forever be a part of who you are,” she said.

Office of Communications and University Relations
225-578-3869