Less than half of all U.S. adults have access to prime credit because of their credit score. But new LSU and Harvard University research shows a lot more people could become eligible if lenders use artificial intelligence, or AI, and alternative data, such as education and employment history. Smarter underwriting algorithms would especially benefit recent college graduates and young people with short credit histories as well as people with low or no credit scores. 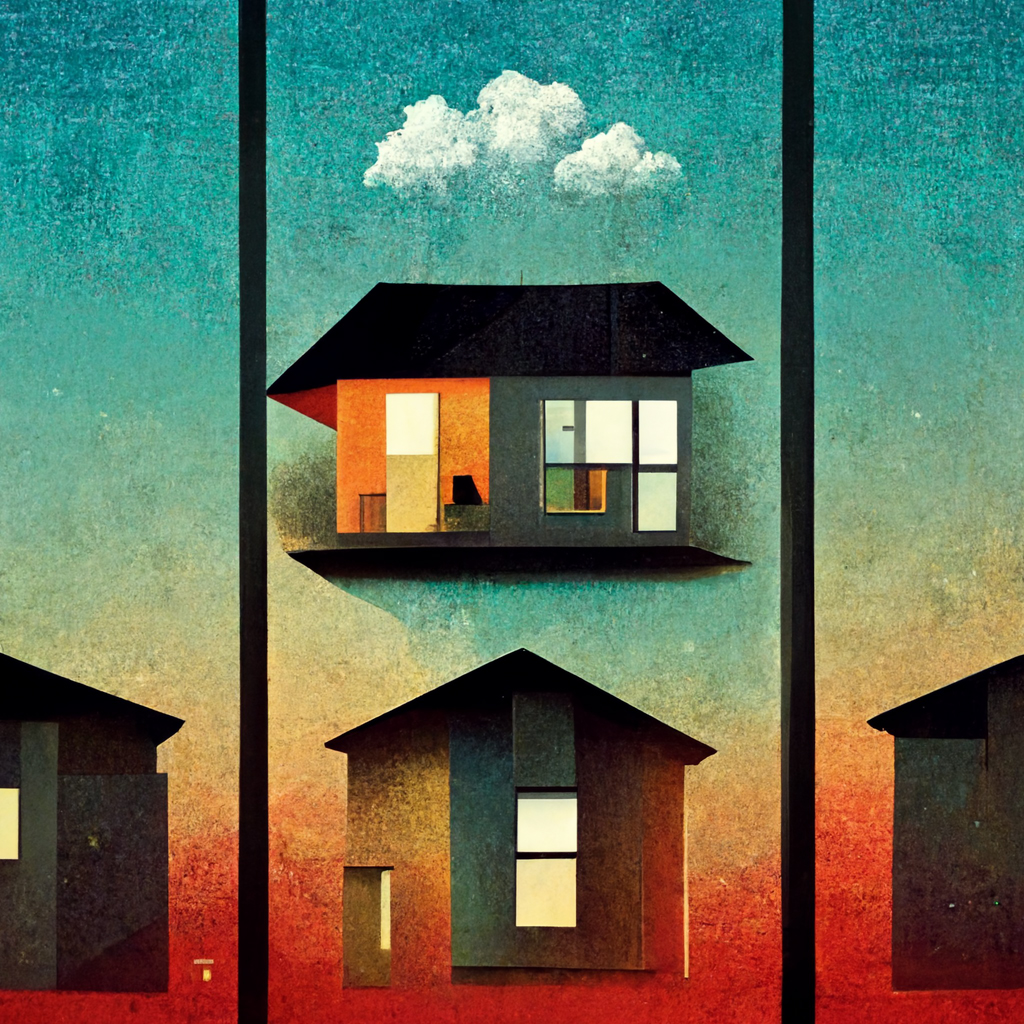 Ability to get a mortgage can decide the financial security of individuals, families and generations. A recent collaborative study by LSU and Harvard University researchers revealed smarter underwriting algorithms and alternative data—beyond credit scores—can increase financial inclusion, leading to better outcomes for lenders and millions of borrowers who currently are shut out of the credit market.

– Image generated by AI and featured in LSU’s fall 2022 issue of Working for Louisiana; the keywords were /imagine_multiple_realities_homes_money_jump.

A recent research collaboration between LSU’s E. J. Ourso College of Business, Harvard Business School and industry partner Upstart, a financial technology company and online lending marketplace, provides evidence that both lenders and borrowers would benefit from increased reliance on alternative data, not just credit scores, in evaluating a person’s risk of defaulting on a loan.

Alternative data can include educational attainment, such as a college degree, or earning a monthly salary.

“There are systemic issues in our credit system,” said Dimuthu Ratnadiwakara, assistant professor of finance at LSU. “Even though the vast majority of the U.S. population—80 percent—never defaulted on a loan, less than half have access to prime credit. With smarter credit models, lenders could approve almost twice as many borrowers, with fewer defaults. This could have a significant impact for both borrowers and lenders.”

While credit scores are good at measuring past creditworthiness, they’re not quite as good at predicting the future. This leaves traditional lenders who primarily rely on credit scores, such as banks, at a disadvantage compared to online lenders who use advanced technology and alternative data to estimate risk. The researchers looked at outcomes for people who applied for more than three million Upstart personal loans between 2014 and 2021—some of whom were approved, some denied—and compared those outcomes to traditional lending models.

“Traditional models tend to lock anyone with a low credit score—including many young people, college-educated people, low-income people, Black and Hispanic people and anyone who lives in an area where there are more minorities, renters and foreign-born—out of the credit market,” Ratnadiwakara said. “What we found is that some of them are more creditworthy than their credit score suggests, and we call those people ‘invisible primes.’”

Broader use of alternative data and AI in lending decisions could not only allow millions of Americans access to credit; those approved for loans could also get a better interest rate. And while that interest rate may be lower, financial institutions would still see better returns by lending more to invisible primes. 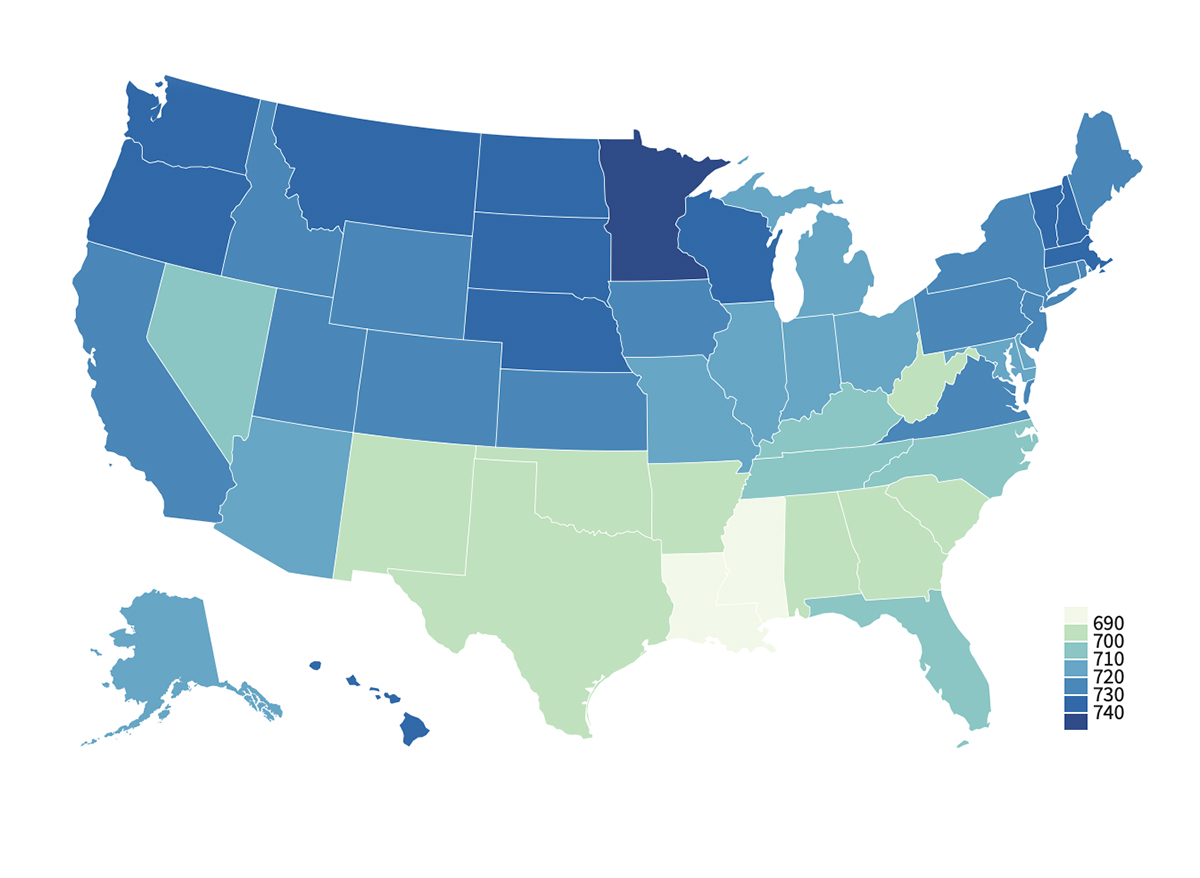 On average, Louisiana residents have the lowest FICO (Fair Isaac Corporation) credit scores in the nation besides Mississippi, according to 2021 Experian data: 689 and 681, respectively, compared to the national average of 714.

“Looking into the future, we also see positive snowball effects,” Ratnadiwakara said. “The invisible primes use their loan to refinance or consolidate debt and earn a higher credit score by making steady payments. This means they’ll more easily qualify for a mortgage, including from a traditional lender. They’re no longer shut out of the formal credit system.”

Since owning a home is the primary way Americans build wealth over time, ability to get a mortgage can decide the financial security of individuals, families and generations. Those who secured a personal loan from Upstart became more likely to be approved for a mortgage in the future, according to the LSU-Harvard study.

“The financial health of invisible primes improves significantly as a result of credit access,” Ratnadiwakara said. “Those approved for Upstart loans became 20 percent less likely to default on credit cards and their credit scores increased by 9 percent. Their ability to meet future obligations increased. Meanwhile, those same people would have had a high probability of being rejected by a traditional lending model.”

“Given that there is a lot of skepticism about the use of alternative data out there, it seemed like something that would be good to see addressed in a rigorous way through this research,” Carmichael said.

“We’re proud to have bank partners originating loans in Louisiana and the LSU-Harvard study showed our AI lending platform helps banks and credit unions lend more inclusively to creditworthy borrowers. The benefits of AI and alternative data are larger where credit scores are relatively low.” 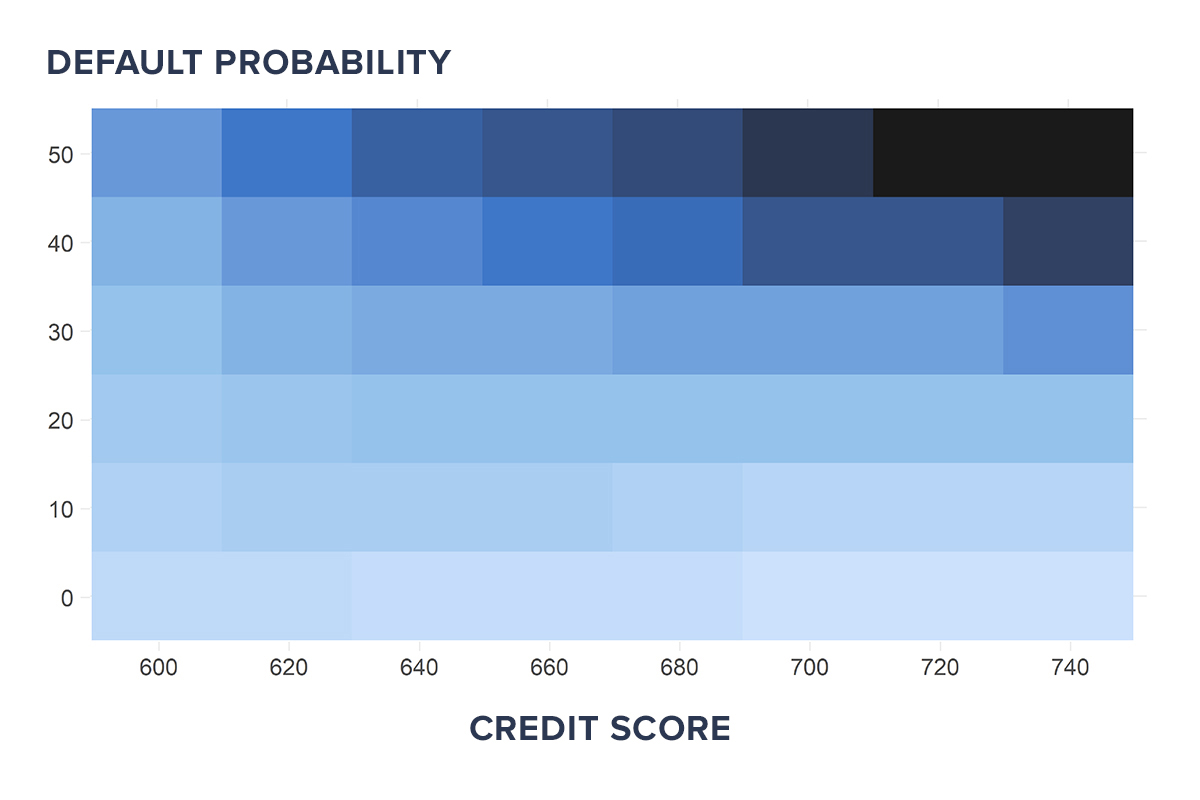 The LSU-Harvard study showed that use of alternative data and artificial intelligence can enable lenders to isolate borrowers with different levels of risk despite similar credit scores. Surprisingly, Upstart’s model was able to identify high-risk borrowers even among applicants with high credit scores. (Higher default rates are indicated by darker shades of blue.)

“The part that was particularly motivating for me was learning about the causal effects of access to credit, and we found evidence that access to loans leads to an increase in credit score, a lower chance of defaulting on credit cards and a higher chance of receiving a mortgage for the first time.”