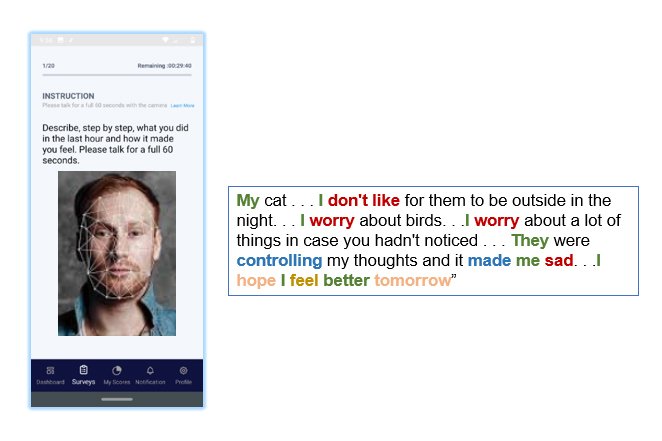 LSU Professor of Psychology Alex Cohen’s QITraq app observes facial expressions, gestures and eye movements, and conducts an acoustic, lexical and semantic analysis of a person’s speech to assess how they feel and their current mental state.

LSU Professor of Psychology Alex Cohen is working to treat serious mental illness using artificial intelligence. He is developing a smartphone app that can track a person’s speech and facial expressions to alert them, their families and treatment teams of worsening mental states to help prevent costly—and scary—emergencies and suicide. He recently partnered with Capital Area Human Services District, or CAHSD, one of Louisiana’s largest behavioral health providers. Based in Baton Rouge, CAHSD serves about 10,000 people in seven surrounding parishes—Ascension, East and West Baton Rouge, East and West Feliciana, Iberville and Pointe Coupee. Through a pilot project led by Cohen, LSU is now providing patients in CAHSD’s First-Episode Psychosis, or FEP, program with phones that come pre-loaded with Cohen’s app, called QITraq.

The patients in the FEP program are particularly high-risk and will therefore benefit from the kind of continuous support Cohen’s technology enables, according to Outreach Services Mental Health Program Director Paul Tuminello at CAHSD.

“Our FEP patients have a tough time dealing with their first episode of psychosis,” Tuminello said. “Most have minimal treatment history, experience, knowledge or support, which take time to develop, cultivate and maintain.”

“We’re not only treating the individuals, but their families as well,” Tuminello continued. “Families are involved and some have limited knowledge and experience dealing with delusions, hallucinations and other symptomology that their loved ones are experiencing. It can be a very scary situation for everyone.”

Patients in the FEP program often struggle with paranoia. Getting them to trust technology that tracks what they say and think can be a major hurdle, but Tuminello believes in transparency and putting patients and their families in charge of how and when the technology is used. The feeling of not being entirely alone can also be positive for patients and their families, he says.

“Importantly, any data we collect is incredibly useful in adjusting treatment planning and medication,” Tuminello said. “We’re a mobile service provider, so we work in the community and in the clients’ homes, but we cannot be with them all the time."

"LSU’s cutting-edge technology can help us more accurately determine if medications and treatment approaches are working, so patients don’t end up in the hospital, higher levels of care, or, worse, in jail. We can pinpoint the treatment focus to meet a client’s specific needs—even if they have difficulty verbalizing what’s going on during their sessions—with the additional information the app provides us with after their session has ended."

Although one in 30 adults in Louisiana gets diagnosed with serious mental illness compared to one in 20 in the country overall, the social, emotional and economic burden is significant. Serious mental illness hinders productivity, overloads healthcare and law enforcement and is a major driver of homelessness.

World-wide, the direct as well as indirect cost of mental illness is estimated to reach over $6 trillion by 2030—higher than the current GDP of any country, except the United States and China.

The burden of mental illness is also unevenly balanced between Black and white Americans, rich and poor. In Louisiana, a state with stark health disparities, differences in how these diseases are diagnosed and treated are particularly clear, LSU Professor Alex Cohen argues—largely because mental healthcare is so expensive.

“We basically have three parallel systems of care,” Cohen said. “For the rich, there are private hospitals that offer extensive care and outreach. For people who are connected, there’s a network of private and public systems with community mental health centers, ERs and intensive outpatient clinics. For poor people who aren’t connected, there are prisons, and you can imagine how race and economics in Louisiana play into this.”

Cohen is the academic advisor of LSU doctoral student in psychology Kiara “Kamil” Warren, who grew up in north Baton Rouge where she witnessed a lot of the unhoused population struggle with their mental health. As an African American, she wanted to join Cohen’s lab to conduct culturally sensitive research to address many of the inequities she saw in how mental illness is diagnosed and treated. 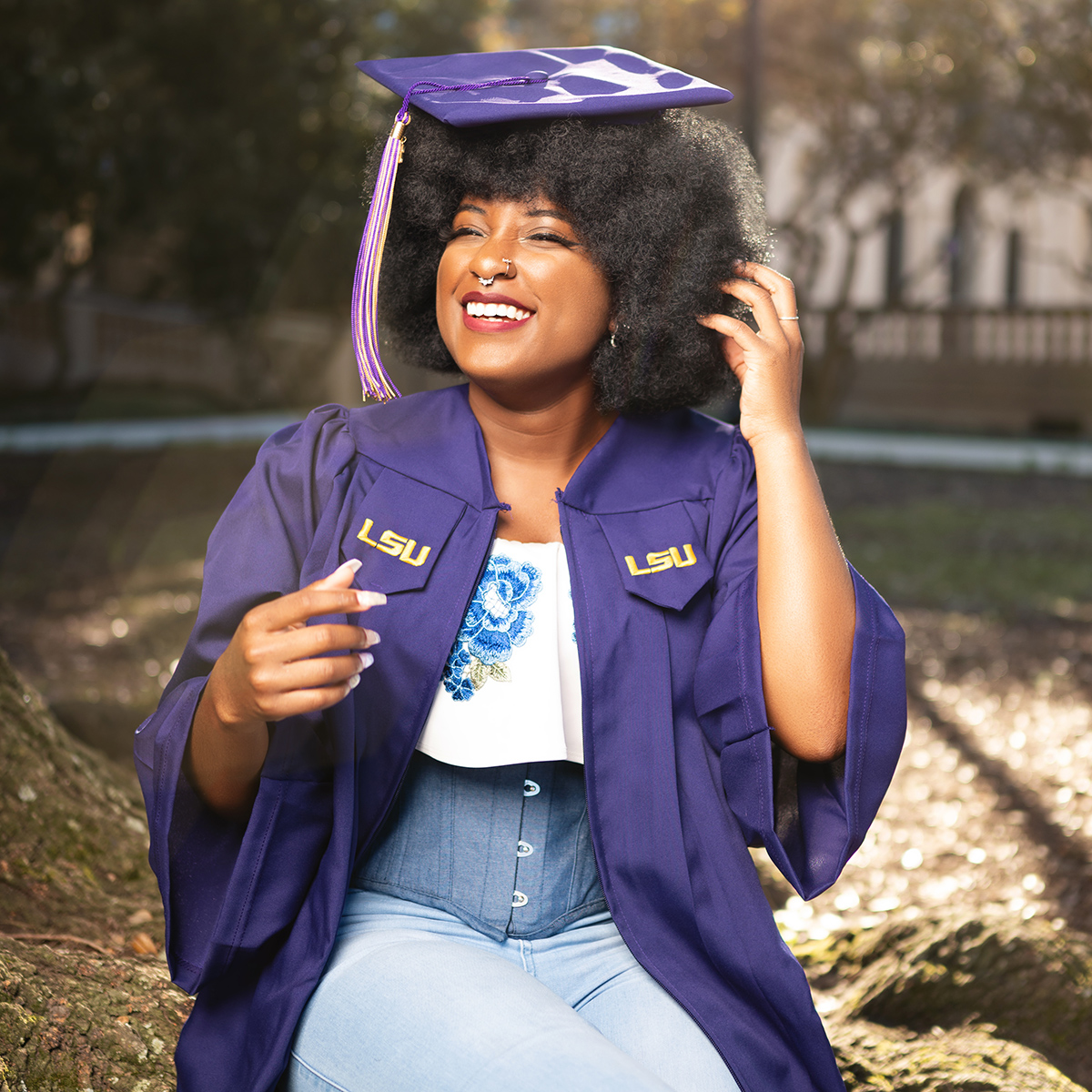 LSU doctoral student Kiara “Kamil” Warren grew up in north Baton Rouge. She joined Cohen’s lab to conduct culturally sensitive research to address many of the inequities she saw in how mental illness is diagnosed and treated.

“One of the major inequities I see is the lack of African American mental health professionals and certainly the lack of African American women conducting research,” Warren said. “African Americans should have a hand in interpreting the data on African American mental illness to make sure cultural nuances are not glossed over. We live in an age where a lot of our people are becoming more aware of mental illnesses and how they can negatively impact their everyday lives if left untreated. I hope more people will be encouraged to seek treatment if they see that the data has been analyzed with them in mind, and AI can help. AI has the potential to generate unbiased analyses that will allow for better representation of different societal groups.”

Partnering with CAHSD, which serves a diverse population, was key for Cohen. His app must be used by people from different cultural and environmental circumstances to become more fair and responsive to their needs. Cohen also aims to use QITraq to identify unintentional cultural and racial bias in doctor-patient interactions. As an example, Black Americans are two-to-three times more likely than white Americans to be diagnosed with schizophrenia, and it’s not clear why.

“This is why community engagement and collaboration like this is critical,” Cohen said. “Real patients and their families must guide the development of the technology to make it useful and effective for more people at scale.”

Data from the pilot project will be used to improve the technology itself, turning vast amounts of ones and zeros into something clinically meaningful for CAHSD, but also generalizable in different and diverse populations.

“Even something like depression doesn’t present or sound the same if you’re in north Baton Rouge or south Baton Rouge,” Cohen said. “That’s why most mental health apps on the market are fluff, honestly. They might track how often you use words like ‘depressed’ or ‘sad,’ or how often you frown, but you could be very depressed and even suicidal without ever using those expressions. That’s why our technology captures pitch, volume, pause and language as well as when and where someone would use a particular combination of words.”

“Human speech is incredibly complex—you can extract thousands of features from vocal acoustics alone...To make our technology useful, we must capture key characteristics that can differ from one area to the next and from person to person. People can have unique symptoms, and the complexity and richness of the data makes this an ideal area for AI and natural language processing. Machines are great at sifting through and recognizing patterns in data we otherwise might miss.”

For Cohen, a licensed clinical psychologist, the motivation to develop QITraq by using artificial intelligence came from what he calls “pure desperation at every stage” in quickly and accurately assessing high-risk clients, such as patients in the CAHSD FEP program. 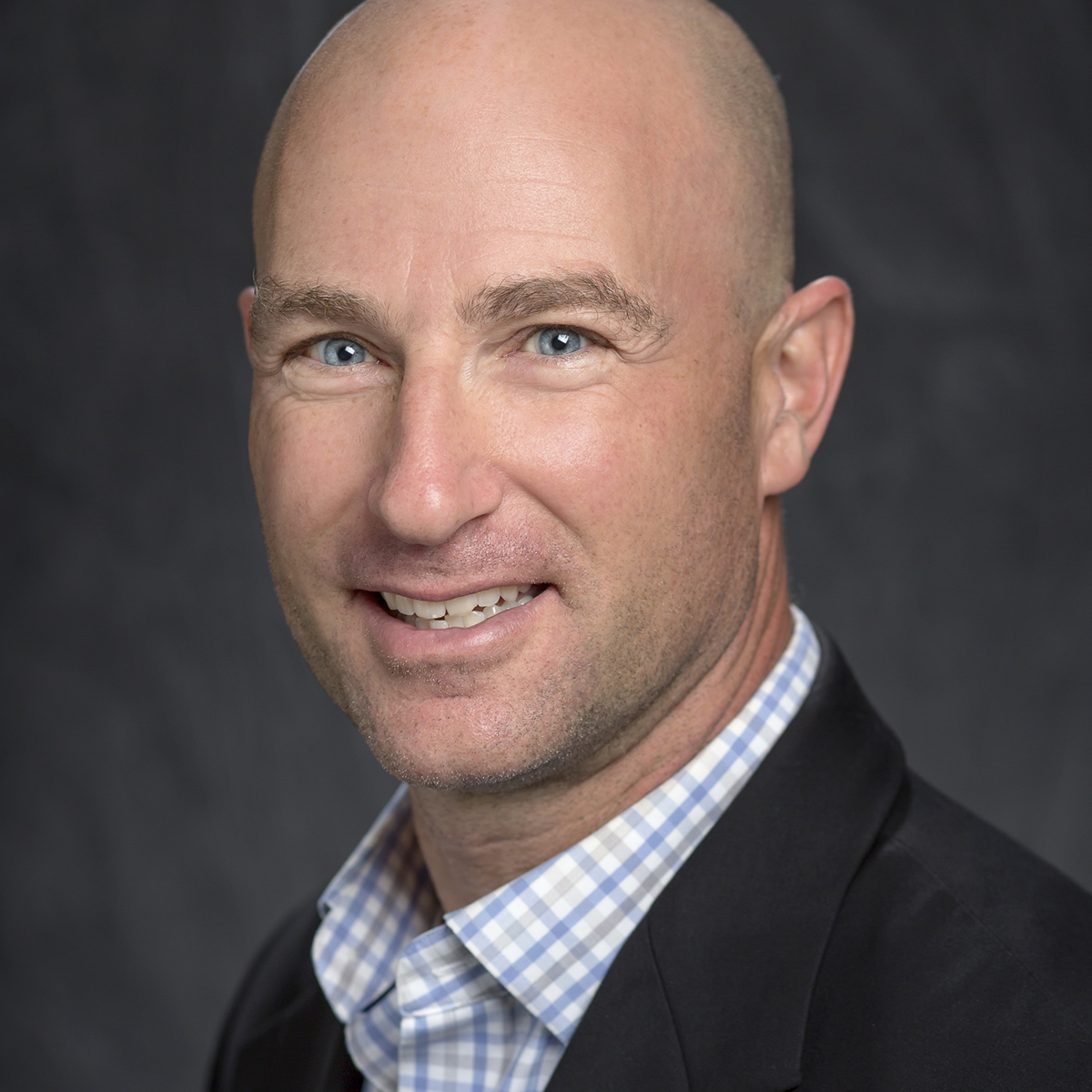 “Although I was well trained to do this, I found I had no confidence in my clinical ratings,” Cohen said. “I would sit with someone for an hour and hear them speak and then reduce that complex interaction to a single number to guide their treatment. As a clinician, I always really struggled with that and wanted more effective tools for evaluation.”

Cohen is careful to point out that QITraq isn’t meant to replace clinicians but provide them with additional and objective data that isn’t easily captured at a single point in time, such as when a mental health provider and their client are able to sit down face to face.

“For people who have just experienced their first psychotic break, things tend to be particularly disorienting and confusing,” Cohen said. “It’s a critical time in treatment that affects people’s trajectory—how functional or disabled they’re going to be over time.”

Paul Tuminello at CAHSD looks forward to driving out to clients’ homes with a clearer idea of what to expect and what to do.

“With LSU’s app, we’ll continue to get data even when we’re not there; so when we show up, we’ll be much better prepared to help,” Tuminello said. “And if this works with our severely ill population, it can be the beginning of a big shift in mental healthcare overall. Imagine what this technology could do to help a depressed and anxious student, or a geriatric patient going through loss. The applications are endless.”

Alex Cohen, who also is adjunct faculty at LSU’s Pennington Biomedical Research Center and LSU Health New Orleans and a member of the LSU MIND Group, received a Leveraging Innovation for Technology Transfer, or LIFT2, grant from the Louisiana Board of Supervisors to develop QITraq. The app can be downloaded on any smartphone but requires a researcher or clinician to provide a username and password. Simultaneously, Cohen is working with industry to leverage his app for clinical trials of new mental health medications, as the technology can be used to track symptoms and reactions over time.