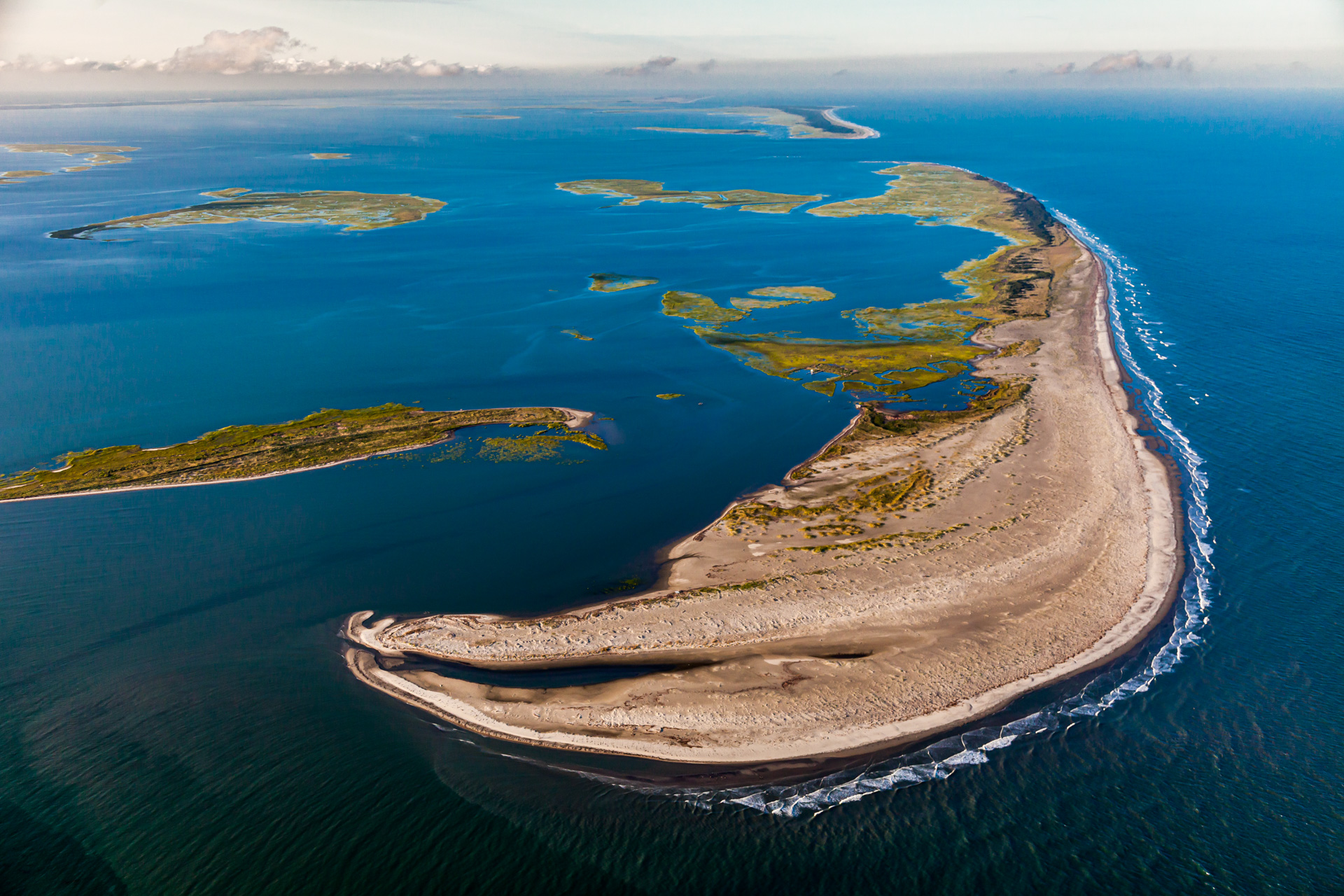 Scientists show that the retreat of coastal barrier islands such as Cobb Island, which is one of the Virginia Barrier Islands, will accelerate by 50 percent within a century, even if sea level continues to rise at its present rate.

BATON ROUGE – Barrier islands protect the coastline from storms, storm surge, waves and flooding. They can act as a buffer between the ocean and beachfront property. As sea level rises, barrier islands retreat, or move closer toward the shore, which diminishes the buffer and protection. New information published today shows the retreat of coastal barrier islands will accelerate by 50 percent within a century, even if sea level continues to rise at its present rate.

“These findings can be applied all over the world, but they may be particularly significant in the U.S., where houses are being built extremely close to the beach,” said LSU Department of Oceanography & Coastal Sciences and Center for Computation and Technology Associate Professor Giulio Mariotti, who is the lead author of the paper published today in Nature Geoscience.

“It is well known that barrier islands retreat as sea level rises, but it has not been clear how,” Mariotti said.

“One reason previous models didn’t see the lag was because they assumed the geometry of the whole coastal tract – from the lower continental shelf to the upland boundary, including subaerial barriers, inlets and tidal channels ­- was frozen. However, the geometry can change and that’s what’s enabling this lag effect,” he said.

Mariotti used the Virginia Barrier Islands, a chain of uninhabited islands off the southeastern shore of the Delmarva Peninsula, to develop the model.

Hein notes that “because these islands are almost entirely undeveloped, they are among the most dynamic in the world. This study shows that we are seeing out there today is only a hint of what is to come, given increasing rates of sea-level rise; and what is likely in store for developed islands globally in the absence of ever-accelerating beach nourishment and hardening.”

Mariotti also notes that barrier islands vary and although this model predicts an increase in retreat, other barrier islands around the world may retreat faster, slower or even move away from the shore.

“One of the most original parts of this model is it can run simulations over thousands of years but can also provide insights into decades, which is more interesting for management. At the same time, I can also run simulations over centuries and millennia, which allows the results to be compared with geologic data,” Mariotti said.