BATON ROUGE- As humans continue to impact the environment, sometimes resulting in the destruction of wildlife and their habitats, LSU researcher Christine Lattin is studying why some animals fail to adapt while others thrive. Her goal is to better understand how animals, as well as humans, respond to stress. 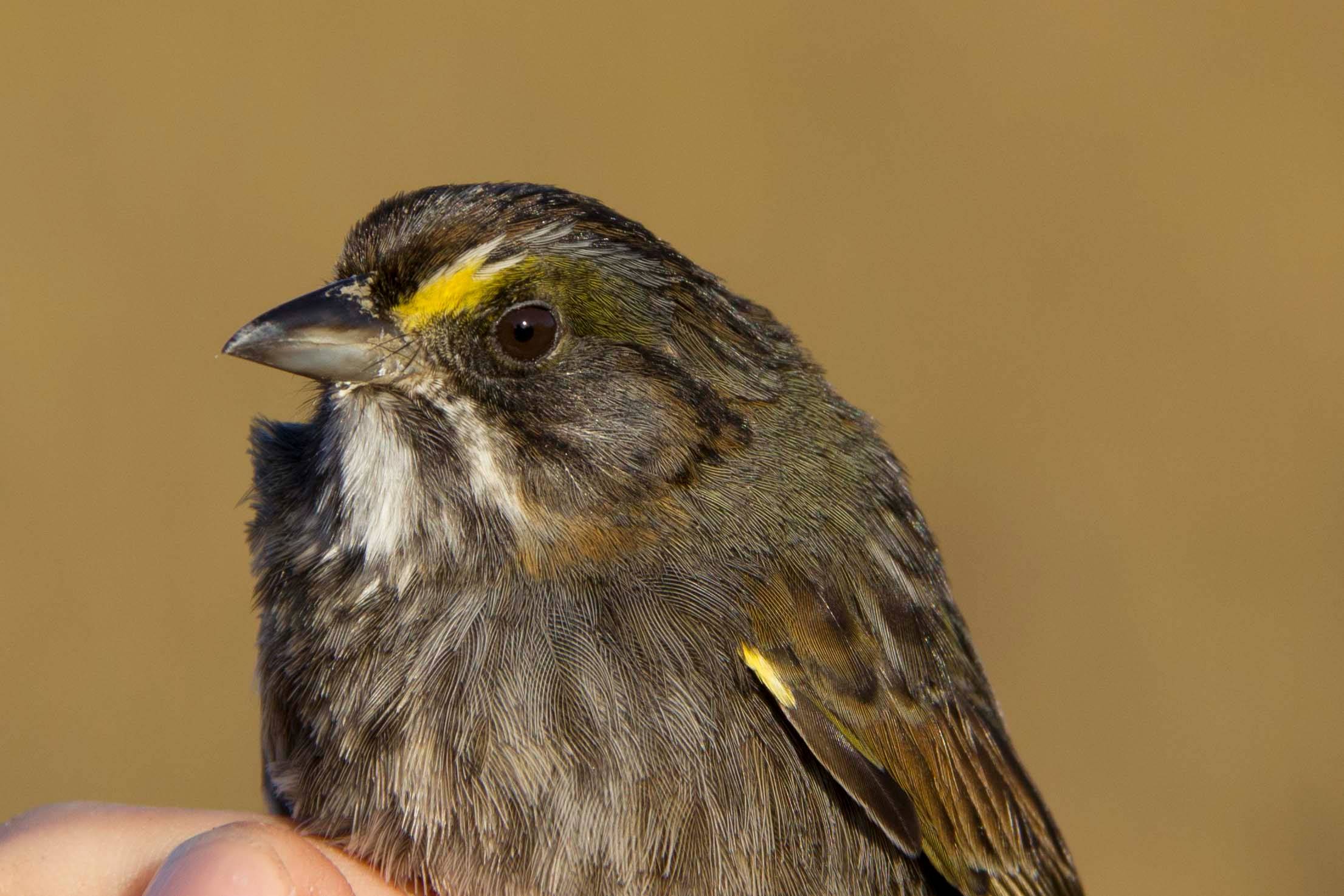 Close up of Seaside Sparrow

Research conducted in her lab, known as the Lattin Lab of Neuroendocrinology and Behavior, looks at stress hormones and other biological systems in sparrows and starlings as they cope with challenges they encounter in the wild, such as predators, bad weather or a lack of food.

Through extensive research the Lattin Lab has uncovered striking similarities between the way humans and birds cope with stress.

Like humans, a sparrow’s excessive production of glucocorticoid hormones and certain neurotransmitters can cause stress that can quickly switch from being helpful in problem solving to detrimental to their survival.

“I’m interested in that switch; how do these systems switch from being helpful to harmful and why are some individuals very stress resilient while others are susceptible to the negative impacts of stress?” Lattin questioned.

Lattin explains that understanding how and why stress becomes harmful in birds helps us understand stress-triggered diseases such as anxiety or Post Traumatic Stress Disorder or PTSD because of the unique similarities in how birds, humans and other vertebrate animals cope with stress.

Lattin’s controlled experimental research is opening doors for scientists to discover new types of therapy and drugs that could help people and animals cope with chronic stress. She believes her research is more important now than ever.

"A lot of people are dealing with trauma right now after two years of a pandemic, I think a lot of people are feeling chronic stress that is unprecedented in our lifetimes,” Lattin said. “As a society, this pandemic has been an incredible two-year chronic stressor that is not quite like anything we have seen before and it’s really been a huge adaptive challenge."

Lattin studies sparrows and starlings because of her background in bird research and the large amount of research previously done on these species.

Lattin spent a year working at a raptor center in Ohio where she learned to care for injured and ill birds of prey, helping to nurse them back to health so they could be released back into the wild. During this experience she realized the many similarities between humans and birds. Through the differences between species, she saw an opportunity to learn from them.

"Birds are an important group in terms of understanding the health of an ecosystem, and the negative impacts people can have on ecosystems." 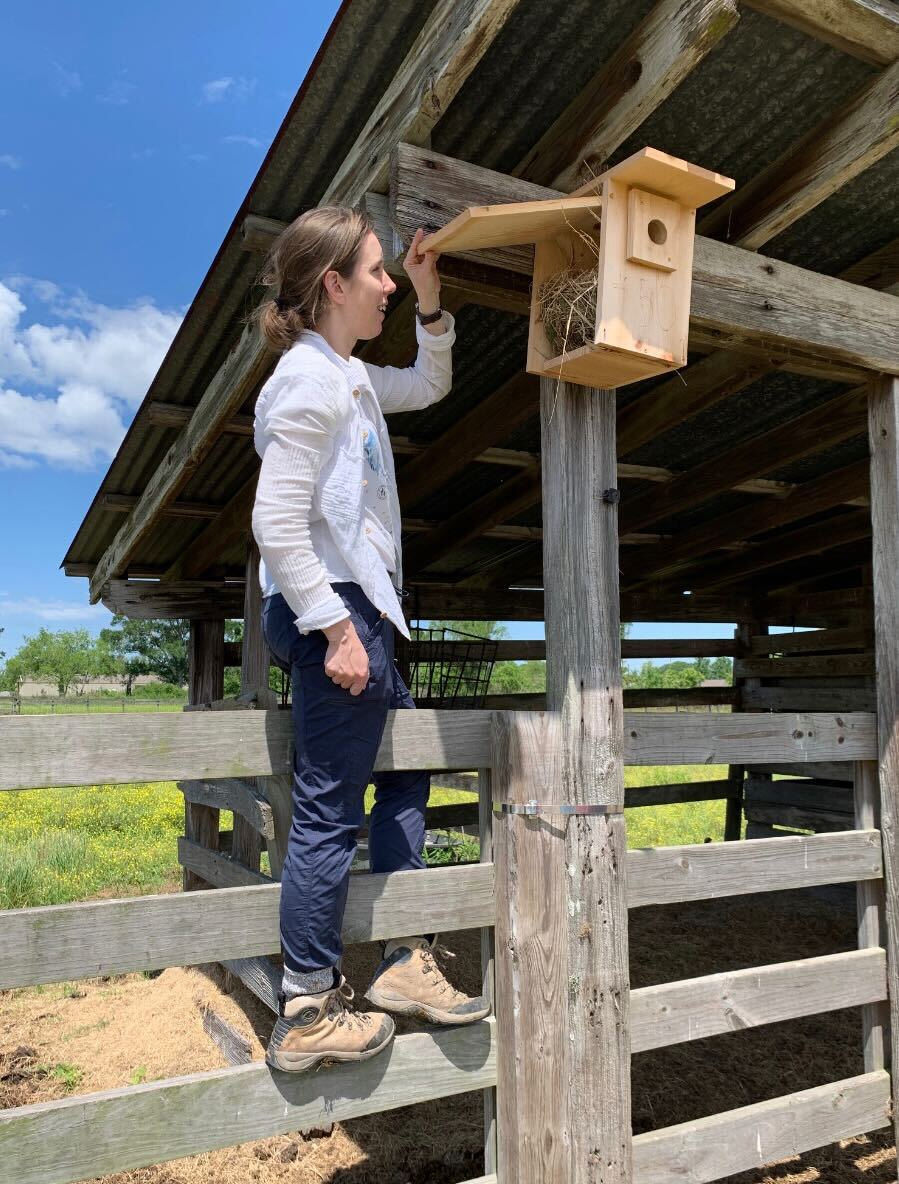 During this research the Lattin Lab discovered that some individual sparrows are fearful toward new things and will not approach new objects, while others do not act fearful and are quick to approach. Lattin believes the different personalities within the same flock may contribute to their success in adapting. Some of Lattin’s current research involves studying sparrows’ fearful behavior toward new things, also known as neophobia, in a controlled environment.  As humans continue to build roads, shopping centers, and housing developments on once-natural habitats, Lattin points out that sparrows and starlings have adapted extraordinarily well to the changes happening around them, whereas most other bird species have not. This adaptive behavior has been successful enough that house sparrows are considered one of the most successful invasive species on the planet and have successfully established themselves nearly worldwide.

Socially, the birds flock together and Lattin’s research demonstrates they can show “social learning” where they can teach each other that the new objects are not threatening.

Some of Lattin’s interest in the study of glucocorticoid hormones began after the Deepwater Horizon Oil Spill. That spill would cause animals to ingest oil for years, affecting ecosystems and food webs.

Her research, funded by the US Environmental Protection Agency, found that very small amounts of oil ingested by birds would negatively affect their ability to secrete hormones critically important for stress coping.

Lattin’s findings were published and cited by other researchers who were puzzled by continuing to find sea turtles and dolphins dead on beaches after the oil spill.

Through Lattin’s previous research on sparrows, researchers were able to understand the impact of even small amounts of oil on the adrenal glands, which may have ultimately led to many animal deaths after the spill.

“It’s evidence that holds oil companies accountable for deaths of wildlife,” Lattin said. “Without that kind of research that is controlled in a lab environment we have no way of knowing what exactly is the cause of these types of illnesses that occur in wildlife.”

Despite her research being challenged by groups of animal rights advocacy groups such as PETA, Lattin argues there is an absolute need for controlled laboratory experiments to understand the consequences of stress and different types of stressors from oil spills, road noise and other man-made stressors on wildlife. 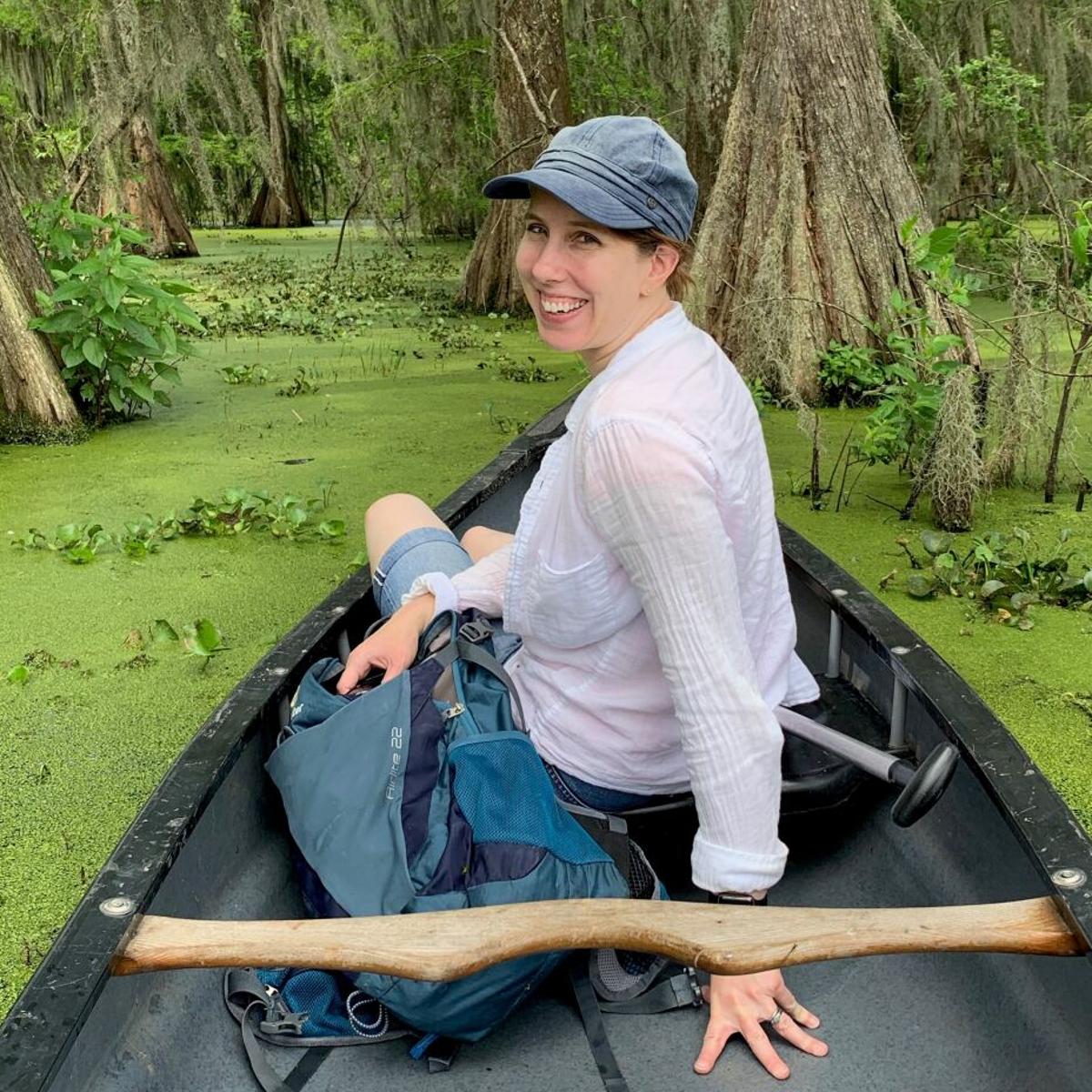 Additionally, without animal research, Lattin said therapies for cancer, drugs and veterinary medicines would not exist to help human and animal patients.

“We wouldn’t have any information about how wildlife are dealing with the altered planet that we continue to change,” Lattin said. “Animal research is necessary, and it also saves human lives.”

Animal research requires extensive oversight, rules, regulations and permits to make sure it is done in the most humane way possible to minimize suffering.

The Lattin Lab continues to research ways they can help alleviate stress from animals who struggle to adapt to an environment impeded on by humans.

“You have to be really careful when you’re doing any kind of research with animals. You’re trying to minimize any negative impacts and suffering. But unfortunately, there is no way at this point to study stress without stressing the animals to some extent,” Lattin said.

Lattin’s love for books, nature and writing eventually lead to her career in science, one she never imagined possible.

“Scientists do the work we do because we believe it’s important to contribute knowledge that can help the planet and wildlife." 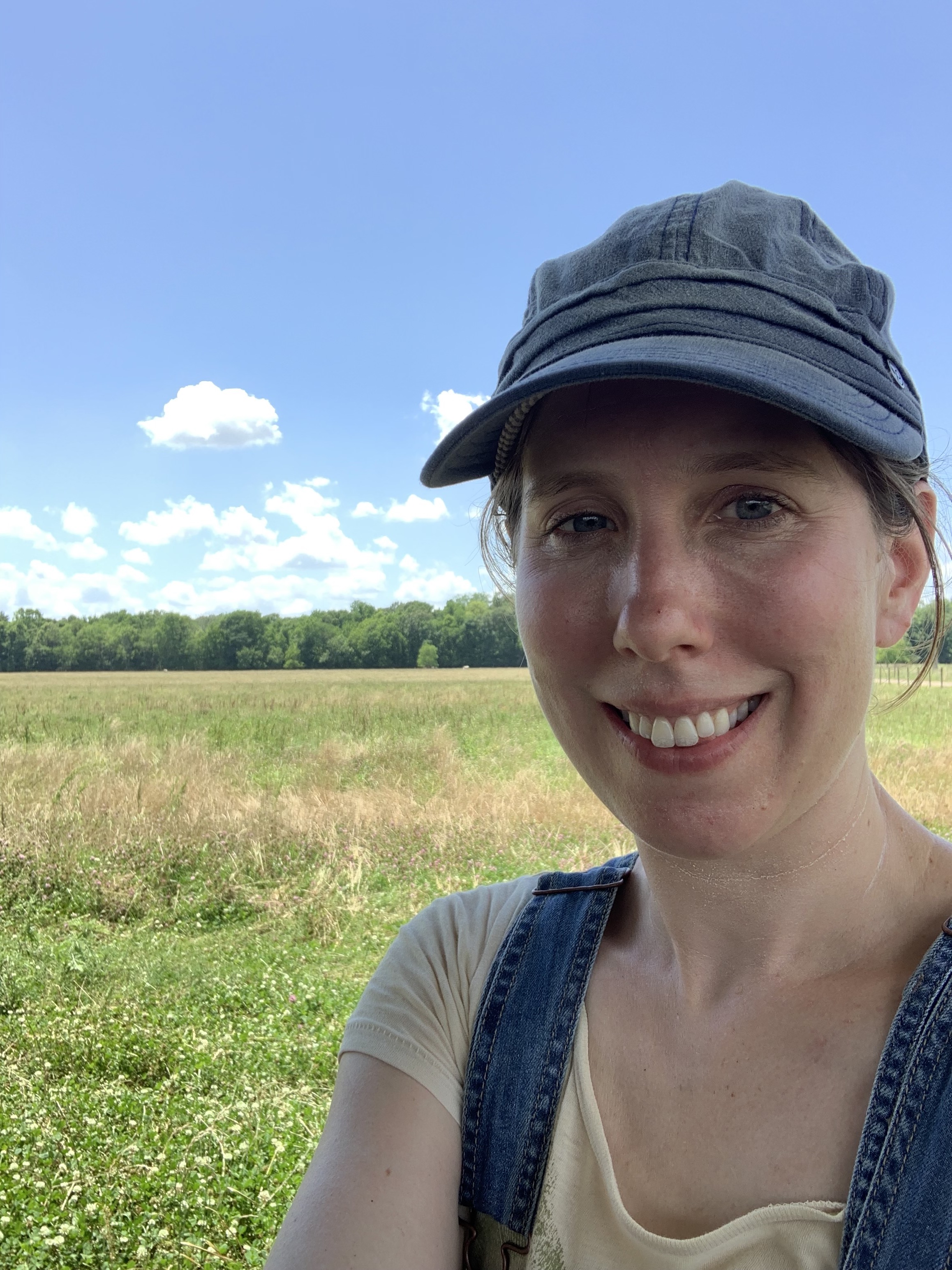 The first-generation college graduate initially pursued an office job at a small company that provided language translation services but missed working outside and with animals. In her next job she worked with children doing environmental education. Her love for working with children and nature together led to her realizing that she wanted a career path in biology and education.

Lattin’s interest and observations of birds in their environment left her not only wanting to educate others but also ask and answer the questions she had, herself.

“I thought why not? Why not me? Why can’t I be a scientist too?”  Lattin said.