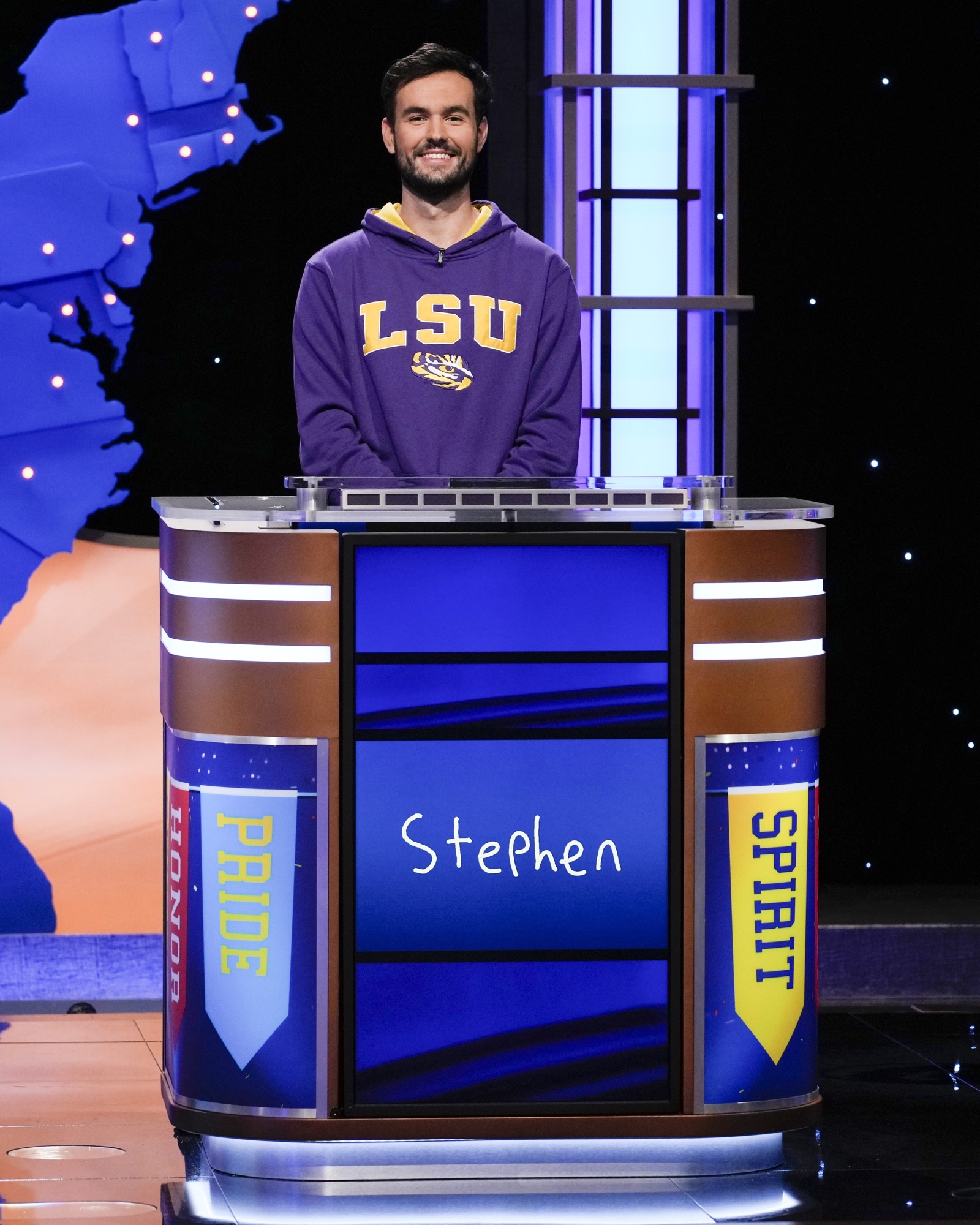 BATON ROUGE - Stephen Privat, a political science major from Lafayette, La., will be a competitor on his favorite television show, “Jeopardy! National College Championship.” Privat is a third-year student who will be graduating this semester. The show features college students from 36 colleges and universities around the country, competing for $250,000. Before the first episode airs on ABC on Feb. 8, he shares his experience competing on the beloved show.

When did you become a fan of “Jeopardy!”? Why was this something you wanted to do?
Privat: I've been watching “Jeopardy!” ever since I was a kid. It is my favorite television show, and it has always been a dream of mine to be able to compete on it.

What was the process to be selected for the “Jeopardy! National College Championship"?
Privat: There were several different auditions (on Zoom because of COVID), where I had to take several 50 question tests and play mock games against a few other potential contestants. I must have done pretty well on those because a few months later I got a call saying I made it on.

What was the most difficult question you faced?
Privat: I'm not allowed to talk about specific questions, but Final Jeopardy is always tough since there is so much pressure. Plus the “Jeopardy!” theme song can be pretty distracting when trying to think of the answer.

What was the experience like? Any spoilers you can share? Did you win?
Privat: It was an amazing experience. I loved being able to hang out in L.A., meet 35 other incredibly smart college students and compete against each other on national television. We all really bonded over this shared experience and have created some amazing friendships. Sadly, I can't give out any spoilers as to how I did, so I guess you'll just have to watch to find out!

Can you try to be on "Jeopardy!" again?
Privat: Unfortunately, you can only be on “Jeopardy!” once, so I won’t be able to go on again.

Did any of your classes at LSU prepare you for the questions?
Privat: “Jeopardy!” is basically one big general knowledge test so being able to take a wide variety of classes on different topics like Alfred Hitchcock movies or authoritarian regimes really helped me study as I prepared for the show.

Is there anything else you’d like to add?
Privat: This experience was so surreal and such a dream come true. I’m a Louisiana native, and I always pictured myself attending LSU for college. I felt so proud to be representing not only myself, but also LSU as I accomplished this dream.