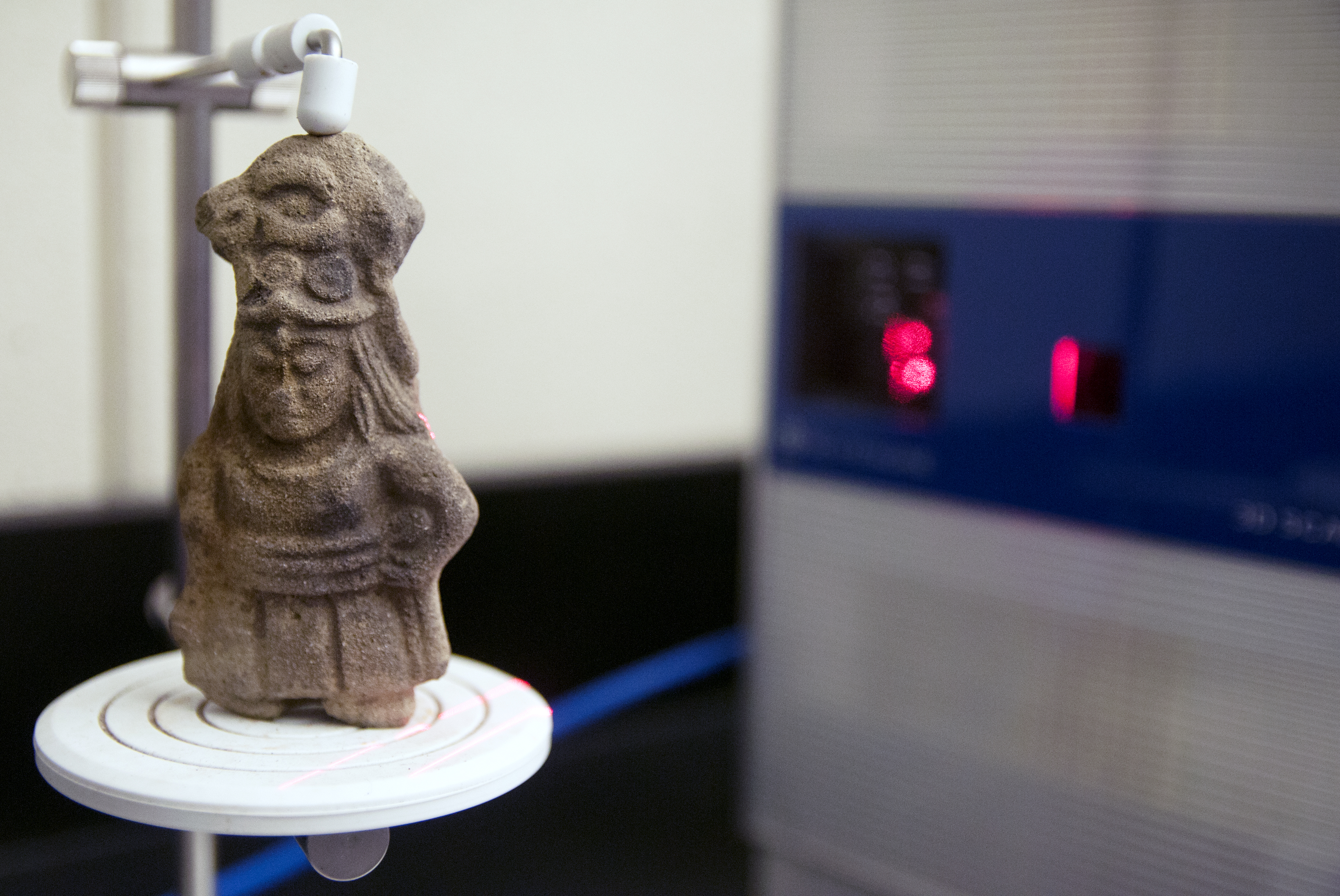 LSU archaeologist Heather McKillop and her team have discovered new findings on the organization of the salt industry to supply this basic dietary commodity to inland cities during the Classic Maya civilization.

The ancient Maya had stone temples and palaces in the rainforest of Central America, along with dynastic records of royal leaders carved in stone, but they lacked a basic commodity essential to daily life: salt. The sources of salt are mainly along the coast, including salt flats on the Yucatan coast and brine-boiling along the coast of Belize, where it rains a lot. But how did the inland Maya maintain a supply of salt? 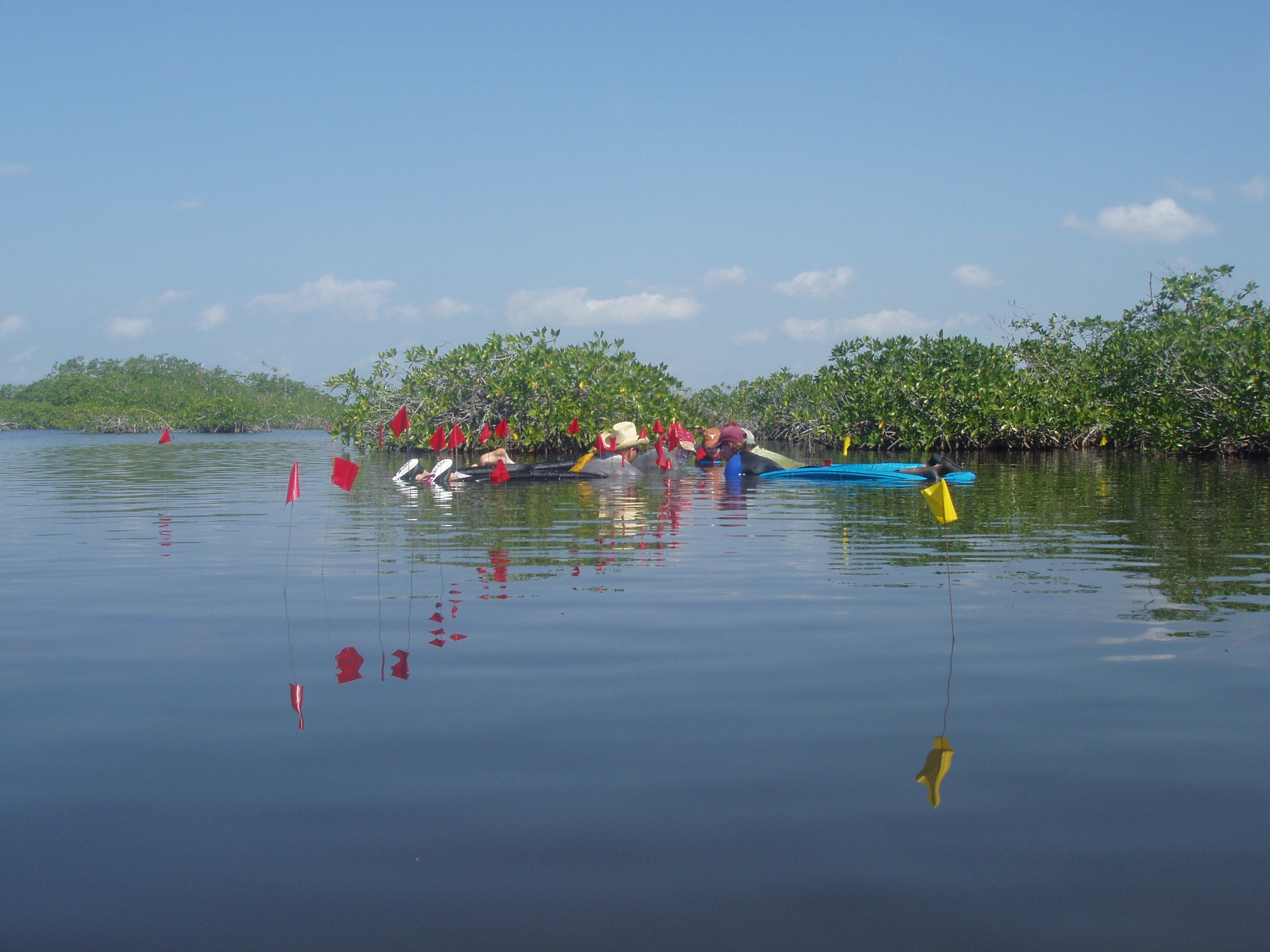 LSU archaeologists excavate the ancient Maya Paynes Creek salt works site in Belize that has been submerged underwater and preserved.

LSU Maya archaeologist Heather McKillop and her team have excavated salt kitchens where brine was boiled in clay pots over fires in pole and thatch buildings preserved in oxygen-free sediment below the sea floor in Belize. But where these salt workers lived has been elusive, leaving possible interpretations of daily or seasonal workers from the coast or even inland. This gap left nagging questions about the organization of production and distribution.

New findings on the organization of the salt industry to supply this basic dietary commodity to inland cities during the Classic Maya civilization are reported in a recent article by McKillop and LSU alumna Cory Sills, who is an associate professor at University Texas-Tyler. The article “Briquetage and brine: Living and Working at the Ek Way Nal Salt Works, Belize” was published in the journal Ancient Mesoamerica.

McKillop and Sills began this new project in search of residences where the salt workers lived and to understand the energetics of production of salt with funding from the National Science Foundation. Although field work at Ek Way Nal, where the Paynes Creek Saltworks is located, has been postponed since March 2020 due to the pandemic, the researchers turned to material previously exported for study in the LSU Archaeology lab, including hundreds of wood samples from pole and thatch buildings, as well as pottery sherds.

“The Archaeology lab looks like a Tupperware party, with hundreds of plastic containers of water, but they are keeping the wood samples wet so they don’t dry out and deteriorate,” said McKillop, who is the Thomas & Lillian Landrum Alumni Professor in the LSU Department of Geography and Anthropology.

She explained the strategy to continue research in the lab: “I decided to submit a wood post sample for radiocarbon dating from each building at Ek Way Nal to see if they all dated to the same time, which was suggested by the visibility of artifacts and buildings on the sea floor.”

When the dates started coming in, two at a time, McKillop identified a building construction sequence that began in the Late Classic at the height of Maya civilization and continued through the Terminal Classic when the dynastic leaders of inland city states were losing control and eventually the cities were abandoned by A.D. 900.

According to McKillop, “Using the well-studied site, Sacapulas, Guatemala, as a model, worked well to develop archaeological expectations for different activities for brine boiling in a salt kitchen, a residence and other activities, including salting fish.”

In the Ancient Mesoamerica article, they report a 3-part building construction sequence with salt kitchens, at least one residence and an outdoor area where fish were salted and dried. The archeologists’ strategy of radiocarbon dating each building had produced a finer grain chronology for Ek Way Nal that they are using for more sites.

The new analysis verifies McKillop’s estimate that 10 salt kitchens were in production at a time at the Paynes Creek Salt Works, which she reported in her book “Maya Salt Works” (2019, University Press of Florida).

“The research underscores the importance of radiocarbon dating each pole and thatch building at the salt works in order to evaluate production capacity of this dietary necessity. The research also shows the value of individually mapping artifacts and posts on the sea floor at the underwater sites in order to interpret building use. Using Sacapulas salt works as a model from which to develop archaeological correlates fits with Ek Way Nal and suggests the Maya living permanently at the community were engaged in surplus household production of salt that was well integrated in the regional economy, allowing them to acquire a variety of nonlocal goods,” she said.