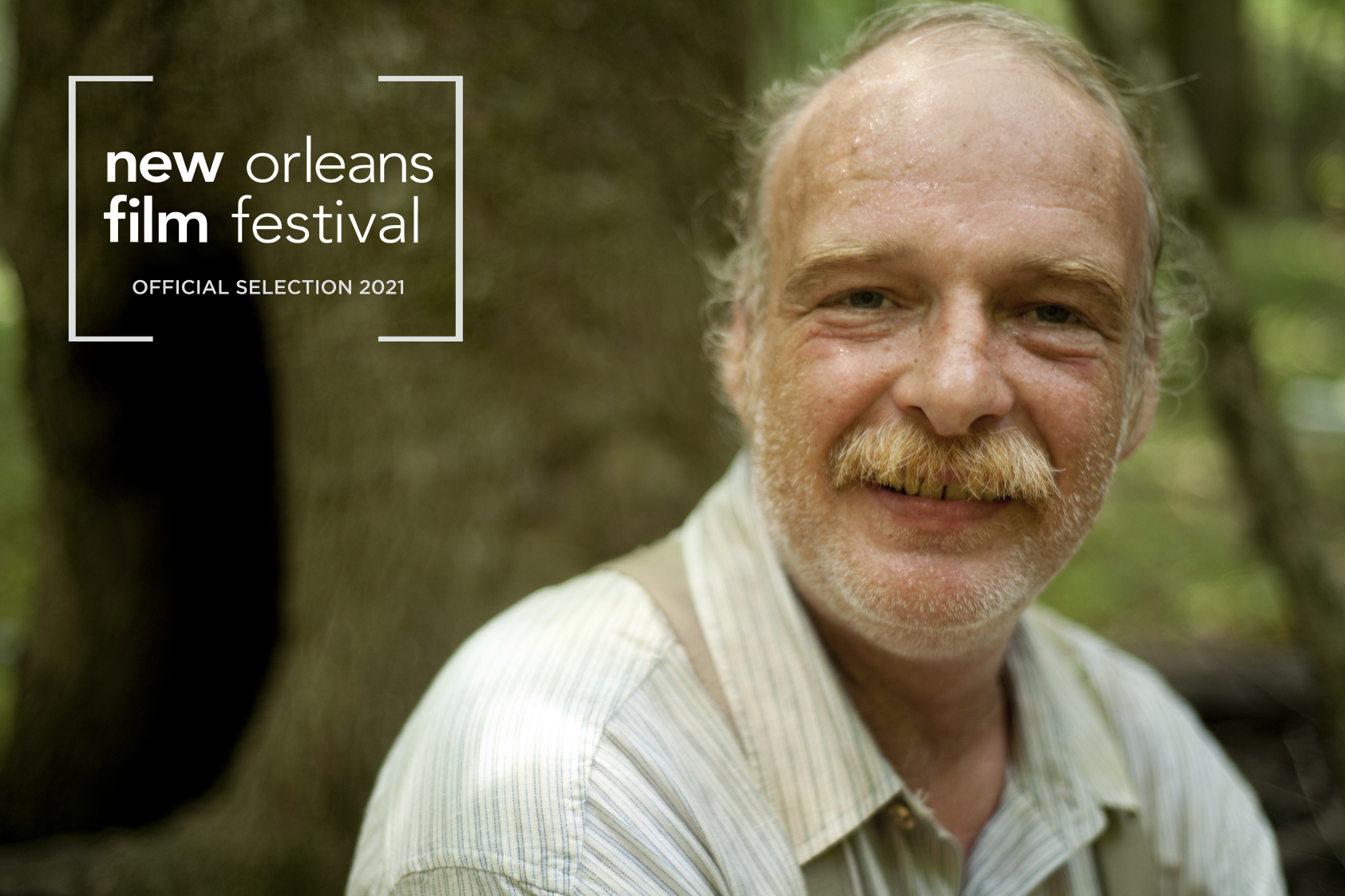 NEW ORLEANS – “The Laughing Man,” a feature documentary by LSU Creative Writing and Screen Arts Professor Zack Godshall is set to premiere at the New Orleans Film Festival next month. Screenings will be held at the Broad Theater on Nov. 13 and 14 at 5:45 p.m. each night. The film will also be available to stream online via the festival platform from Nov. 5 – 22.

"The Laughing Man" is about Thomas Alan Williamson, who Godshall met 10 years ago in Shreveport, La., when he cast him in a film. Thomas, a part-time actor in his 50s, defies all expectations. Facing trauma, mental illness, homelessness, and isolation, Thomas's joy, optimism, and most of all laughter paint the portrait of a man in love with life despite the odds being stacked against him. Thomas would like to visit his dying father in East Texas, from whom he has become estranged, but every day is a struggle to survive. Godshall navigates his own complicated relationship with Thomas as the lines between director, collaborator, friend and caregiver are blurred. The documentary weaves verité footage, first-person accounts, and Thomas's own writing in this intimate look into his struggles, his strained relationship with his father, his perseverance, and his appreciation of life's beauty.

Godshall, a Louisiana native, makes films about unsung people and places that exist along the fringes of culture. His films have premiered at the Sundance Film Festival, and played on Time.com, Topic, and The Documentary Channel, and received praise from The NY Times, The Atlantic, Oxford American, and The Huffington Post.

"The Laughing Man" was supported in part by the Louisiana Board of Regents and the New Orleans Film Society’s Southern Producers Lab.

Learn more information about the festival and film screenings.