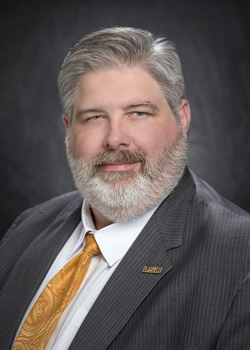 Prior to his appointment as State Public Defender, Mr. Starns was an assistant district attorney in Avoyelles Parish and practiced civil and criminal law in a wide range of matters in both state and federal court.

Mr. Starns was born in Baton Rouge, Louisiana. A 1993 graduate of LSU, he received a Bachelor of Arts in political science with minors in Latin and classical civilization. While at LSU, Mr. Starns contributed mostly on the scout team as a defensive lineman for the football team. Also, Mr. Starns holds law degrees from Loyola University New Orleans School of Law and Tulane Law School.

Mr. Starns and his wife Pamela Turgeau Starns live in Jefferson Parish and are parishioners of St. Clement of Rome Catholic Church.