Through a new skills-based and stackable certificate program—Sustaining Future Farms in Louisiana—and a brand-new Associate of Science in Agriculture degree, LSU Eunice (LSUE) will produce the next generation of technologically advanced farmers in two years or less.

With $846,000 in support from the Delta Regional Authority—the largest grant LSUE has received in recent years—students will be able to take a free Introduction to Agriculture class and combine it with skills-based training in one of four areas: beginner cattleman, master farmer, crop analyst, or FAA drone certification, in combination with a business management certification. Drones and data analytics are increasingly used by farmers to optimize inputs and harvests.

“For years, Vernon would drive by on the way to his house and see me and Gail out here, working,” Vidrine recalled. “Then, one day he stopped. ‘What the heck are you all doing?’ That’s how it started.”

Louisiana Life selected Vidrine as Louisianan of the Year for Conservation in the January-February 2022 issue. He’s technically retired, but still teaches five days a week at LSUE. 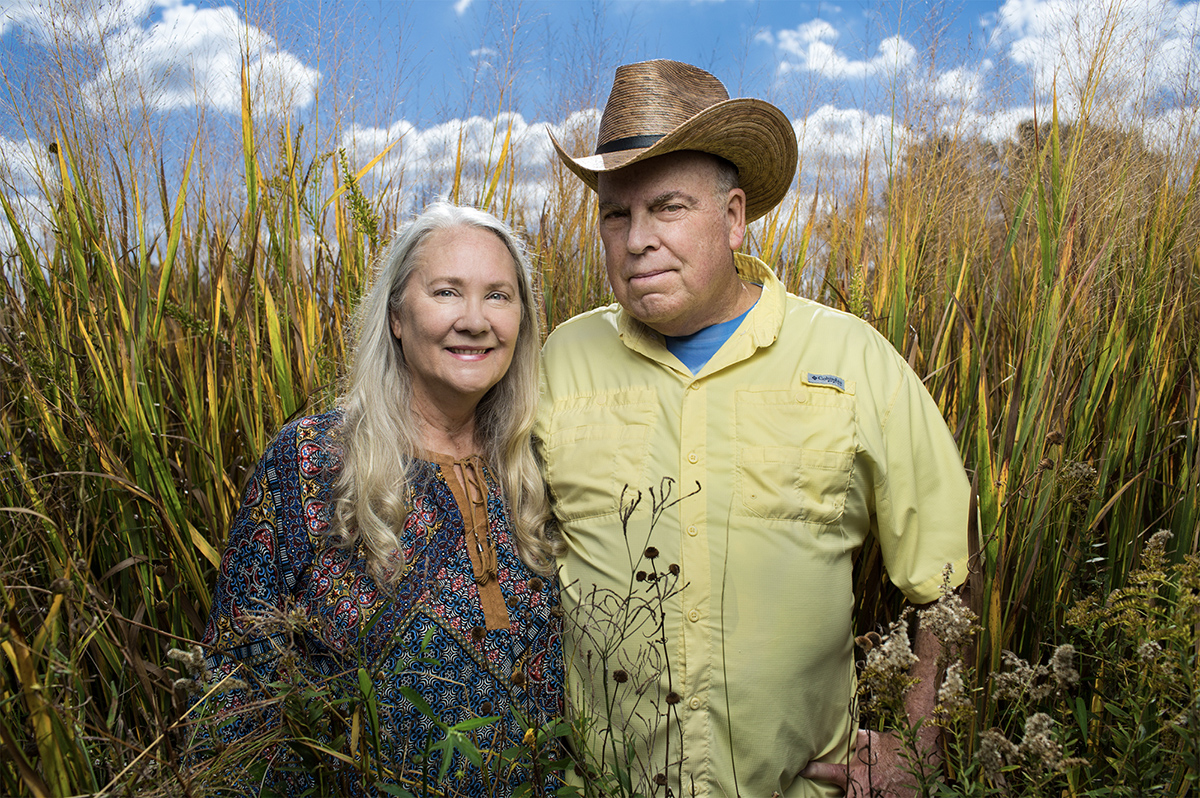 Louisiana Life magazine selected LSUE Professor Emeritus Malcolm Vidrine, pictured here with his wife Gail, as Louisianan of the Year for Conservation in the January-February 2022 issue. He’s taught at LSUE for almost four decades and still teaches five days a week. With Charles Allen and the Cajun Prairie Habitat Preservation Society, the 10-acre Cajun Prairie Restoration Project Vidrine helped start in Eunice, Louisiana in 1988 is considered to be one of the leading restoration sites in the United States.

“If you look at the average age of our farmers, it’s about 50 years old, and each year, that age increases. So, we have aging owners with children who might not want to farm, but this is an opportunity for younger entrepreneurs to come out of a certificate program or two-year degree to run that farmer’s operation, run that business, and help localize our food supply chain in Louisiana. And with LSU, we can do it here, at home, through our own universities.”