NSA’s recognition of excellence in cybersecurity validates and accelerates LSU’s leadership in education and research, laying the foundation for national prominence in cyber talent and technology development. 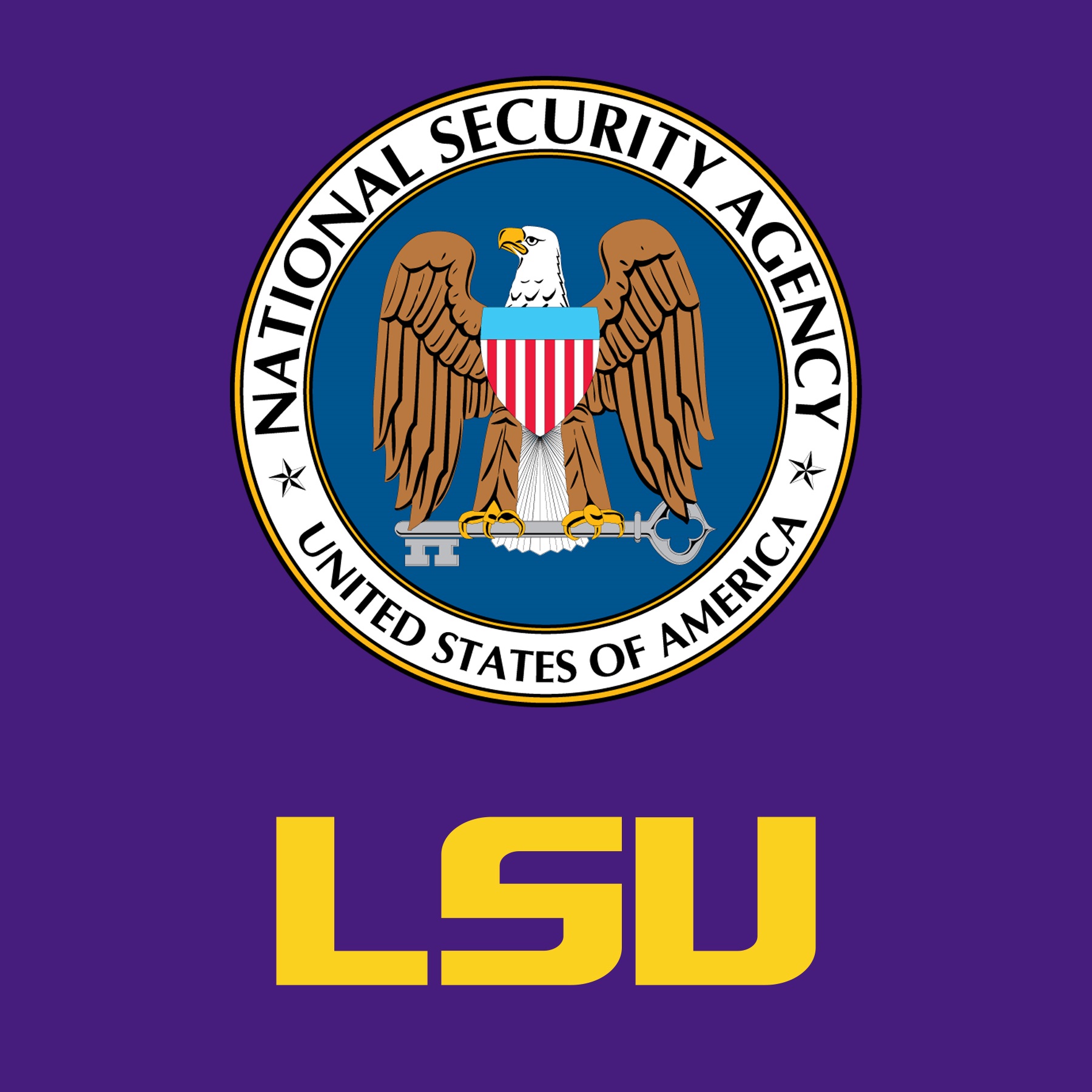 LSU is one of 22 universities and colleges in the U.S. designated by the National Security Agency as a Center of Academic Excellence in Cyber Operations.

BATON ROUGE – The National Security Agency, or NSA, the nation’s preeminent cybersecurity agency, has designated LSU as a Center of Academic Excellence in Cyber Operations, or CAE-CO. LSU joins only 21 other universities and colleges in the U.S. with the designation, which is reserved for institutions capable of educating high-performing students and advancing operational technologies and techniques critical to intelligence, military and law enforcement organizations. LSU is the only university in Louisiana to hold the CAE-CO designation. Peers include Carnegie Mellon, New York University, the Naval Postgraduate School, the U.S. Air Force Academy and the U.S. Naval Academy.

The designation will have at least two immediate impacts on LSU students and faculty, according to Professor Golden G. Richard III, director of the LSU Applied Cybersecurity Lab and faculty lead for CAE-CO at LSU.

“For students, this will magnetize LSU as a great choice to study very technical and applied cybersecurity, which now leads to jobs with starting salaries in the six figures,” Richard said. “CAE-CO designation drastically increases the exposure of our program, both nationally and internationally. Importantly, it also gives LSU access to grants that are only available to CAE schools. This means significant pots of money for students, projects and equipment.”

A key requirement for CAE-CO designation is a course in reverse engineering, necessary for deep understanding of how malware operates and how cyberattacks occur.

“Getting the CAE-CO designation means the agency that does the most important cybersecurity work in the world has taken a deep-dive into your curriculum and basically given you a thumbs-up,” Richard said.

The CAE-CO designation will immediately position LSU computer science students to secure internships at agencies like the NSA, CIA, FBI and the Department of Homeland Security, as well as make them among the most coveted cyber graduates.

“Last year, LSU received an invitation from the National Security Agency to apply for the prestigious Center for Academic Excellence in Cyber Operations designation. As the only university to receive an invitation, this recognition affirmed our position as a state and national leader in cyber and defense,” said William F. Tate IV, LSU President. “After establishing our Scholarship First Agenda, we committed to attaining elite status and impactful outcomes in each of the five areas. With a cluster hire of cyber experts joining a strong LSU faculty and now receiving the Center for Academic Excellence in Cyber Operations designation, we march forward on a pathway of promise that leads to world-class standing.”

The news follows LSU’s announcement earlier this year of bold investments and commitment to leadership in cybersecurity and military studies with support from Louisiana Governor John Bel Edwards, Louisiana State Police, Louisiana National Guard, the United States Secret Service and Radiance Technologies. With an existing national workforce gap of more than 500,000 unfilled positions, cybersecurity is expected to offer some of the fastest-growing and most lucrative careers over the next decade. In Louisiana, which is an important distribution point and source of energy, food and fiber for the nation, top cybersecurity talent and technologies are urgently needed to protect people and assets, including critical infrastructure.

“LSU’s computer science with a concentration in cybersecurity program is the first newly designated CAE-CO program in over two years...The designation recognizes that an institution provides an in-depth focus on technologies and techniques related to specialized cyber operations, such as exploitation, reverse engineering, analysis and response—quality academic programs that help produce the nation’s cyber workforce.”

In 2021, LSU was the only university in the nation selected by the NSA to apply for CAE-CO designation, while also helping the agency evaluate its new online application process.

“Some of our previous work with exceptional LSU professors and their institutional knowledge of the CAE-CO program made them a prime candidate to pilot our new designation process,” Smith said. “Now, LSU students will have additional opportunities for scholarships and grants through the Department of Defense Cyber Scholarship Program and CyberCorps: Scholarship for Service.”

The NSA awards three designations as part of its National Centers of Academic Excellence program. The CAE-CO is the most technical, and reserved for institutions like LSU that have demonstrated a deeply interdisciplinary approach to cyber operations in computer science, computer engineering or electricial engineering with extensive opportunities for hands-on applications via labs and exercises. The CAE-CD or Cyber Defense designation, currently held by 355 schools, is awarded to regionally accredited academic institutions that offer cybersecurity degrees or certificates at the associate, bachelor’s or graduate level. Cyber Research, or CAE-R, designation, held by 79 institutions, is awarded to Department of Defense schools and Ph.D.-producing military academies and universities with at least moderate research activity, according to the Carnegie Foundation classification system.

As a CAE-CO-designated university, LSU will work with the NSA and similarly designated schools to define and redefine the meaning of state-of-the-art cybersecurity education and research in a rapidly evolving discipline. Recent investments in labs for digital forensics and protection of industrial control systems, through an expansion of the FIREStarter initiative, are part of LSU’s ongoing effort to develop homegrown cybersecurity talent to defend the state and nation and vital industries.

LSU students majoring in computer science with a concentration in cybersecurity already secured two among a total of 24 paid positions in the agency’s CAE-CO internship program this past summer. Sarah Buckley from Mandeville, Louisiana was one of them.

“I felt so lucky to be working with the NSA this summer and am really excited that LSU is receiving this designation now,” Buckley said. “It will increase our focus on applied solutions to help defend Louisiana and the nation, supercharge LSU’s cybersecurity program and rocket us forward as students.”