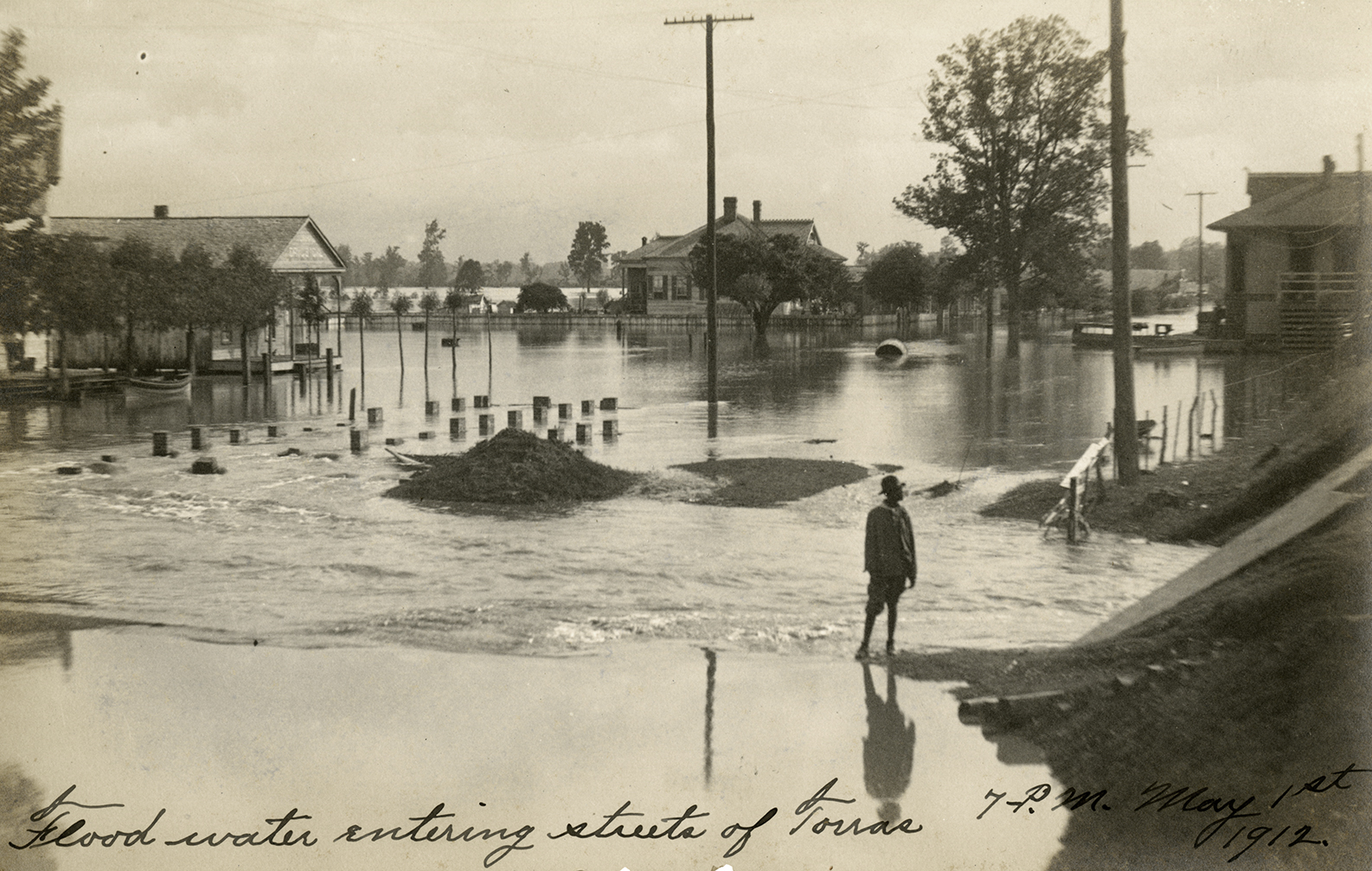 BATON ROUGE – LSU Libraries’ new exhibition, “Water, Water Everywhere: Control and Consequence in Louisiana’s Coastal Wetlands,” will be on display in Hill Memorial Library from Sept. 6 – Dec. 21 and is free and open to the public. The exhibition tells the story of Louisiana’s relationship with water, as revealed in photographs, family papers, business records and a variety of publications that document the infinitely meandering waterways, human attempts to control them and the adversarial attitude toward the marsh embraced in the not-too distant past. 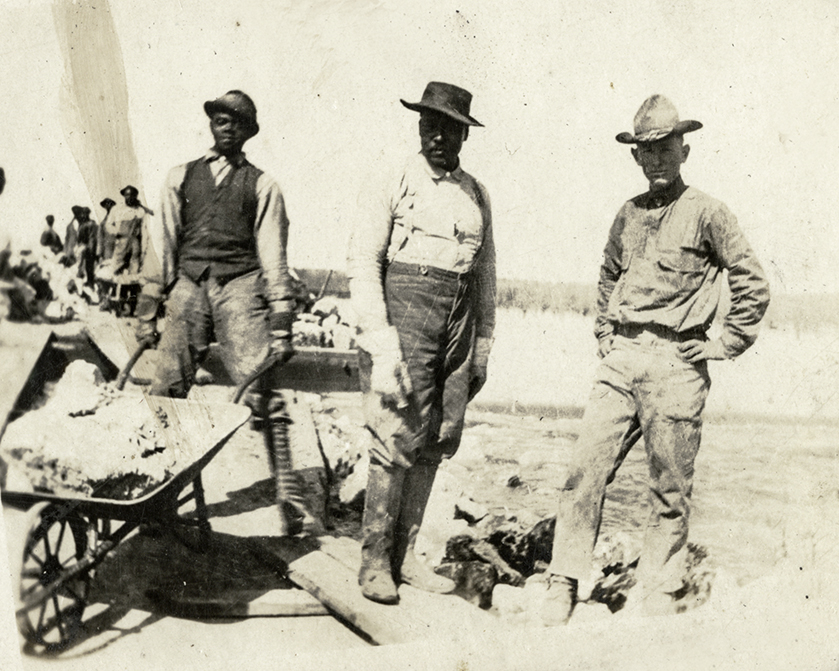 “We hope that ‘Water, Water Everywhere’ can serve as a starting point for anyone interested in coastal wetlands, whether their interest is history, science or politics. Levees, outlets and coastal land loss are constantly in the news, so it is important for the public to know that LSU Libraries Special Collections contains many important resources for understanding these issues,” said Leah Wood Jewett, exhibitions manager for LSU Libraries’ Special Collections.

This year marks the 50th anniversary of the federal Clean Water Act of 1972 which, among other regulations, stipulates that U.S. wetlands must be protected from dredge and fill materials that undermine water quality. Consequently, this exhibition serves as a timely reminder of the fragility of Louisiana’s coastal wetlands, the human activities that have impacted them and the work left to be done to help return them to some semblance of balance and health.

“Coastal research is an important pillar of LSU President Tate’s ‘Scholarship First’ agenda of priorities, and rightly so. Coastal land loss is one of the most serious environmental issues facing our state. This exhibition highlights the importance of preserving not only the significant historical moments that led us to where we are now but also the stories of the incredibly wide-ranging and impactful research that continues at LSU today,” said Gina Costello, LSU Libraries’ associate dean of technology and special collections.

The records of LSU Libraries Special Collections historically situate current research and policy on topics such as coastal wetlands loss and efforts to mitigate it. Displays will feature early descriptions of cultures, flora and fauna in the region; folk industries such as fishing and trapping; large-scale enterprise such as agriculture, timber and oil; technological and engineering innovations from steamboats to spillways; catastrophic flooding and the single-minded focus on levee building; the force of commerce in the development of outlets and draining of the swamp; the politics involved in both control and conservation, from parish police juries to Congress and the U.S. Army Corps of Engineers; scientific studies; grass roots and government-led conservation and restoration efforts, including the Atchafalaya Compromise and the men enlisted – or forced – to move earth on a monumental scale for more than two centuries. 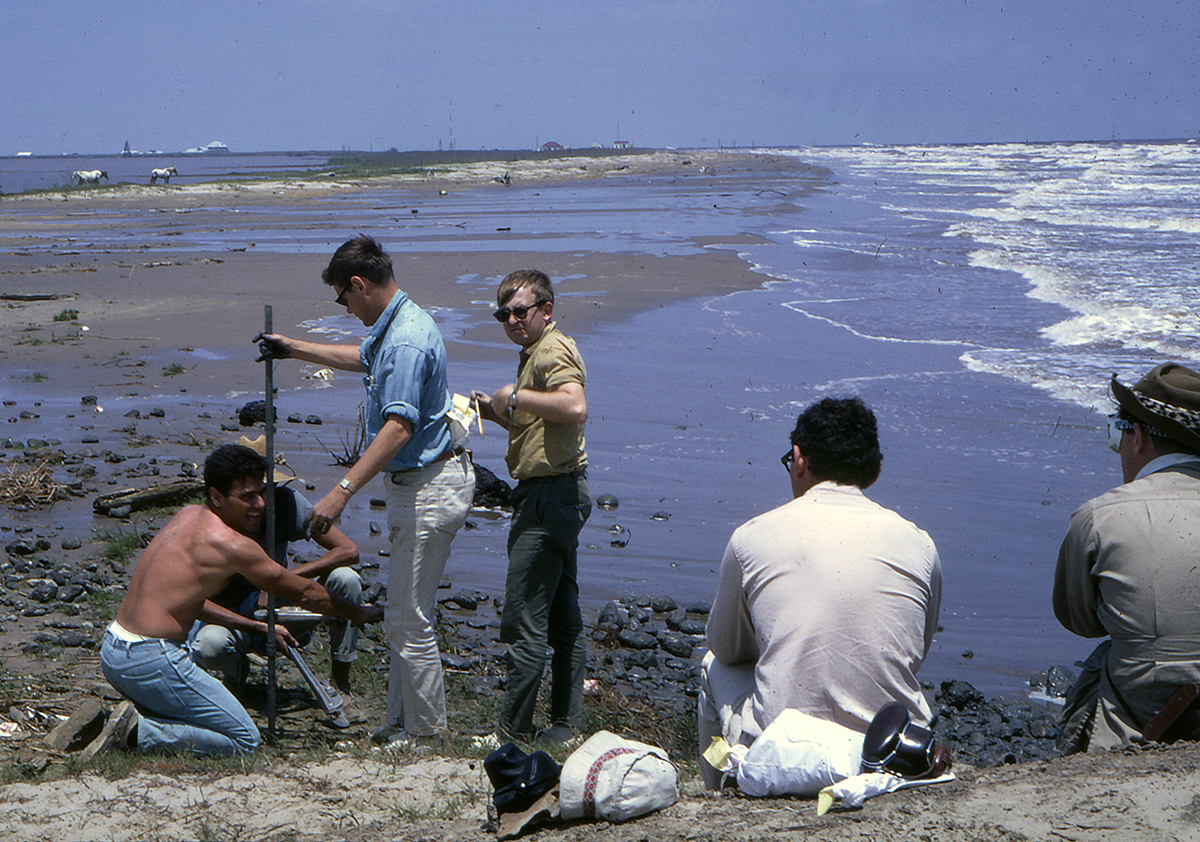 “For me, the most interesting items on display relate to the two subjects of labor and science. The records illustrate the use of workforces that included enslaved and imprisoned men as well as free agricultural laborers made up of citizens and immigrants. We also hold works from the late 1960s by scientists who sounded the alarm regarding coastal wetlands loss at a time when powerful political and business leaders were directing all their efforts into controlling water. That was professionally very risky, but right,” Jewett said.

The items on display are just a sampling of the related collections that are part of the holdings of LSU Libraries. Contemporary federal and state publications as well as secondary sources related to history and scientific research are available to patrons in Hill Memorial Library and LSU’s Main Library.