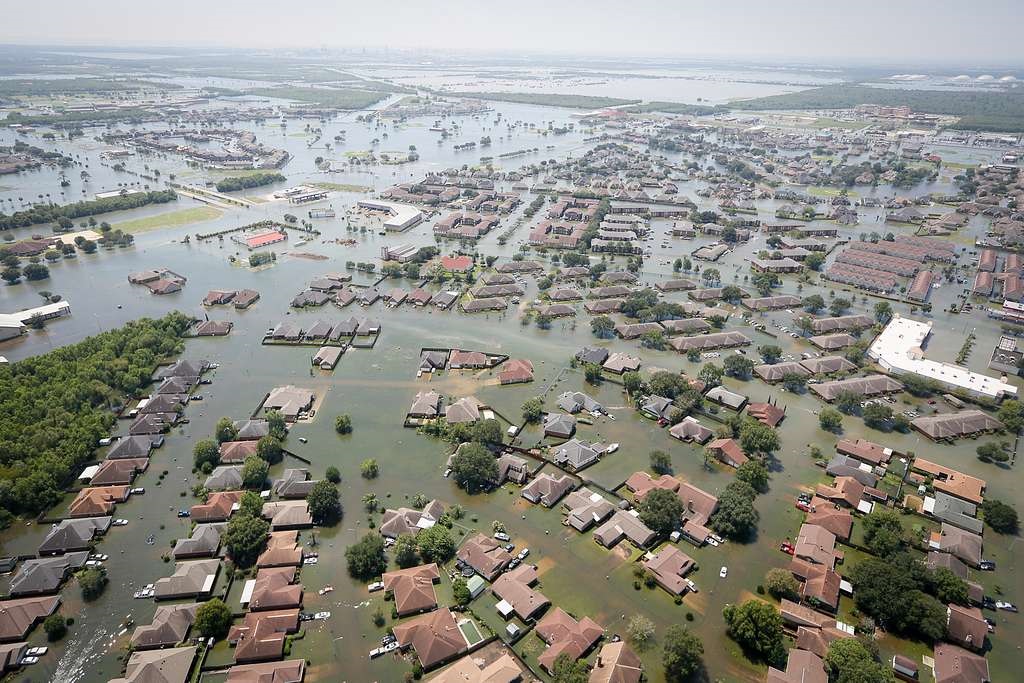 BATON ROUGE – New research published today shows that if it were not for the impact of climate change, up to 50 percent of residences in Houston’s Harris County would not have been flooded by Hurricane Harvey five years ago. The study, published in Nature Communications, coincides with the fifth anniversary of Hurricane Harvey, a Category 4 hurricane that made landfall in Texas and Louisiana in 2017, causing massive flooding in Houston.

“We already know that climate change is increasing the severity and frequency of extreme weather events,” said Kevin Smiley, the study’s lead author and LSU Department of Sociology assistant professor. “But now researchers are able to pinpoint the extent of damage from a specific extreme weather event such as Hurricane Harvey and the resulting floods.”

“This means that we have quantified the contribution of climate change to the suffering of people who live there,” said Michael Wehner, the study’s co-author and senior scientist at Lawrence Berkeley National Laboratory.

The research, a first of its kind investigation into potential disparities between those impacted by the climate change-induced flooding, finds patterns of racial and economic disparities.

“Part of the reason why low-income neighborhoods flooded has to do with the historical development of Houston along its waterways and surrounding petrochemical corridor,” Smiley said. “There’s a clear climate and environmental justice story as to where these neighborhoods are located.”

How do researchers study the impacts of climate change?

“This is the first end-to-end impact attribution study of a specific weather event following on our previous studies showing a significant increase in Harvey’s precipitation and the resulting flooding increase because of climate change,” Wehner said.

Although popular discussion tends to center around climate change forecasts for the future, the study underscores the fact that climate change is impacting life now.

“Climate change is happening right now with real and substantial costs,” Smiley said. “Three to five extra inches of rainfall from climate change can make the difference between your lawn getting soaked and your house getting flooded leaving it uninhabitable.”