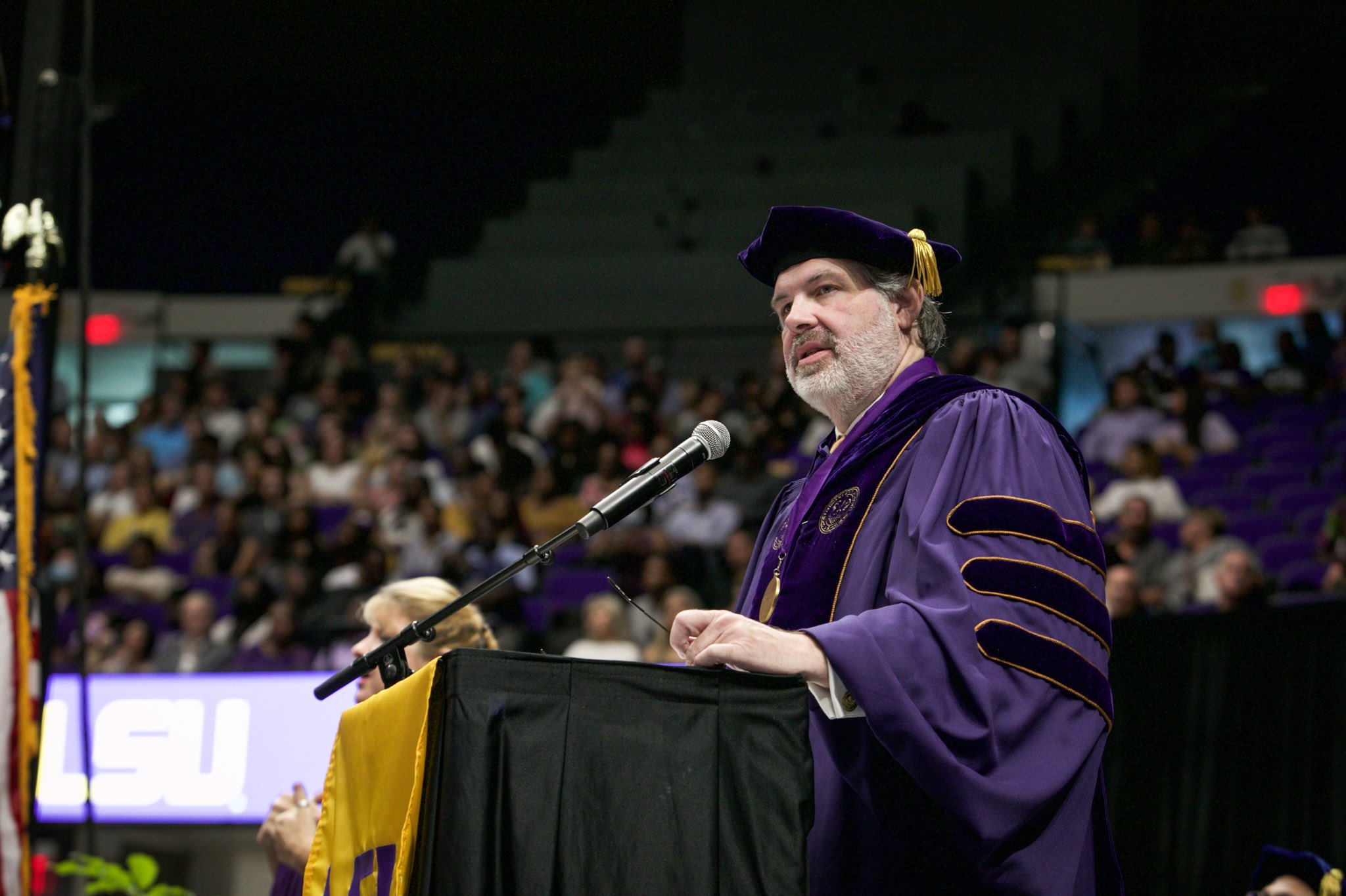 BATON ROUGE – LSU awarded 919 degrees during the university’s summer commencement exercise on Friday, Aug. 12, and set new records for the most degrees awarded to African American and Hispanic students.

“It is an honor for me to stand before you and officially recognize this day, which is an important milestone both in your educational journeys and your lives,” Haggerty said.

“We have witnessed our graduates land rovers on Mars, write Academy Award-winning scores and New York Times best sellers, be awarded Pulitzer Prizes, and lead Fortune 500 companies. That is the community to which you now and forever belong. You will always be Tigers!”

“The Star-Spangled Banner” and LSU Alma Mater were performed by Jamey Wright, who received a Doctor of Musical Arts degree, and LSU Board of Supervisors Chair Rémy Voisin Starns delivered the keynote address and conferred degrees.

“Congratulations to you, each and every one of you in the class of 2022 for achieving your goal and making your dream come true,” Starns said. “I’m happy for you, and I am proud of you.”

Starns spoke to the graduates about all they’ve overcome in their years at LSU and that despite uncertainty many of them have for what’s next for in their lives, they are ready for any challenge ahead.

“I’m confident you’re well prepared to meet challenges into the future and succeed as well,” he said. 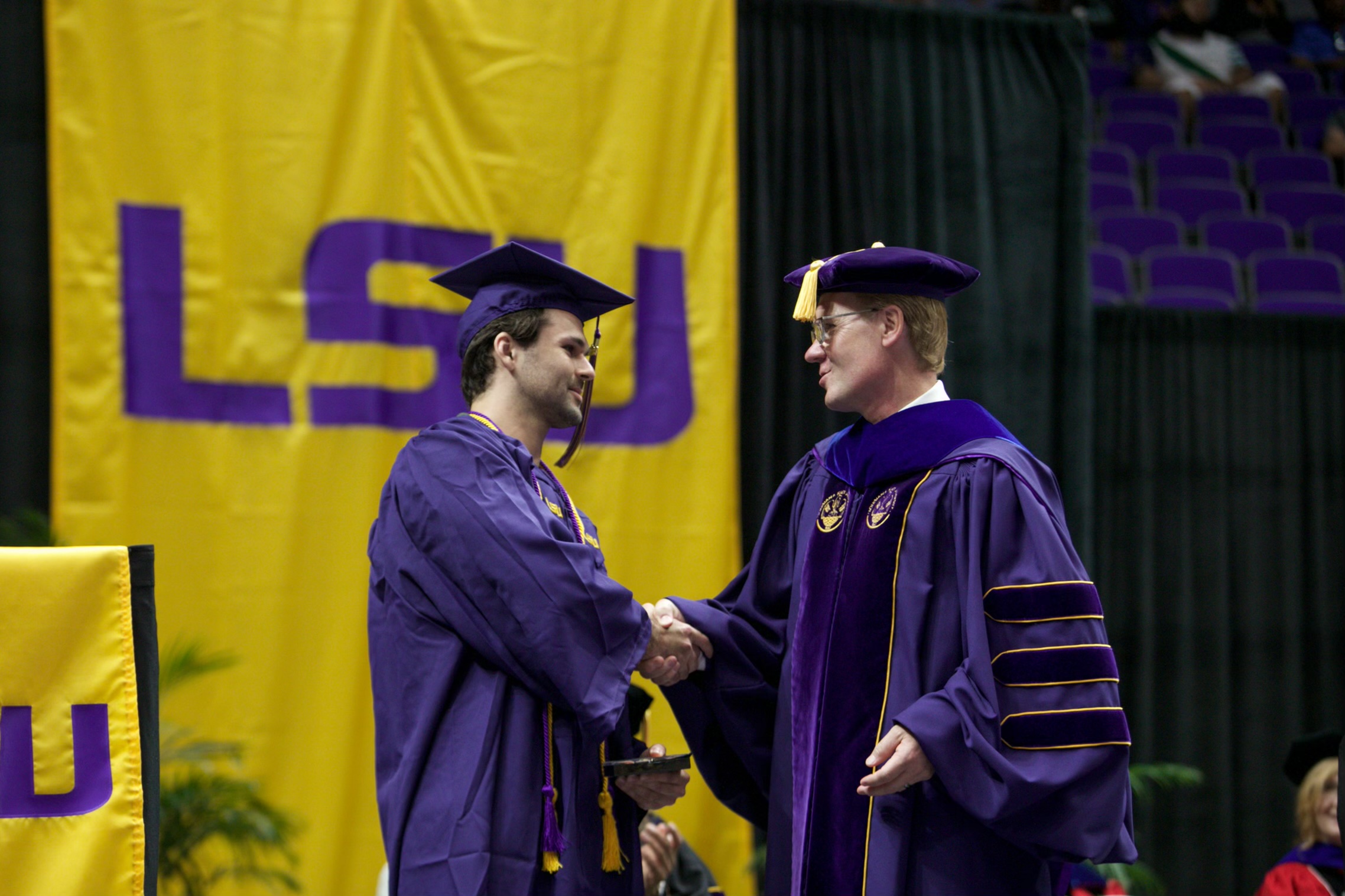 After talking with the graduates about his own career and the ups and downs he experienced during his time at LSU, Starns told the graduates the importance of earning a degree from LSU.

“Your degree from LSU is tangible proof to yourselves that you have overcome adversity and will do so again," he said. "You’ve made important and consequential decisions for yourself, just like you will into the future.”

Starns asked the graduates to take their diploma and make sure to frame it on the wall. He highlighted all of the names on it, including LSU, his own, LSU President William F. Tate IV, and the dean of their college. He told the class that in times when they face adversity or need a boost of confidence to look at the names on that diploma and to take particular notice of the most prominent name listed – their own.

LSU’s summer 2022 graduating class represents 41 Louisiana parishes, 44 U.S. states and 39 foreign countries. The oldest graduate is 71, and the youngest is 19.

Andrew Arabie, a native of Lake Charles, who graduated with the highest grade point average in the class, was awarded the university medal. Arabie graduated with a bachelor’s degree in political science with minors in international studies and history. His future plans include attending law school.