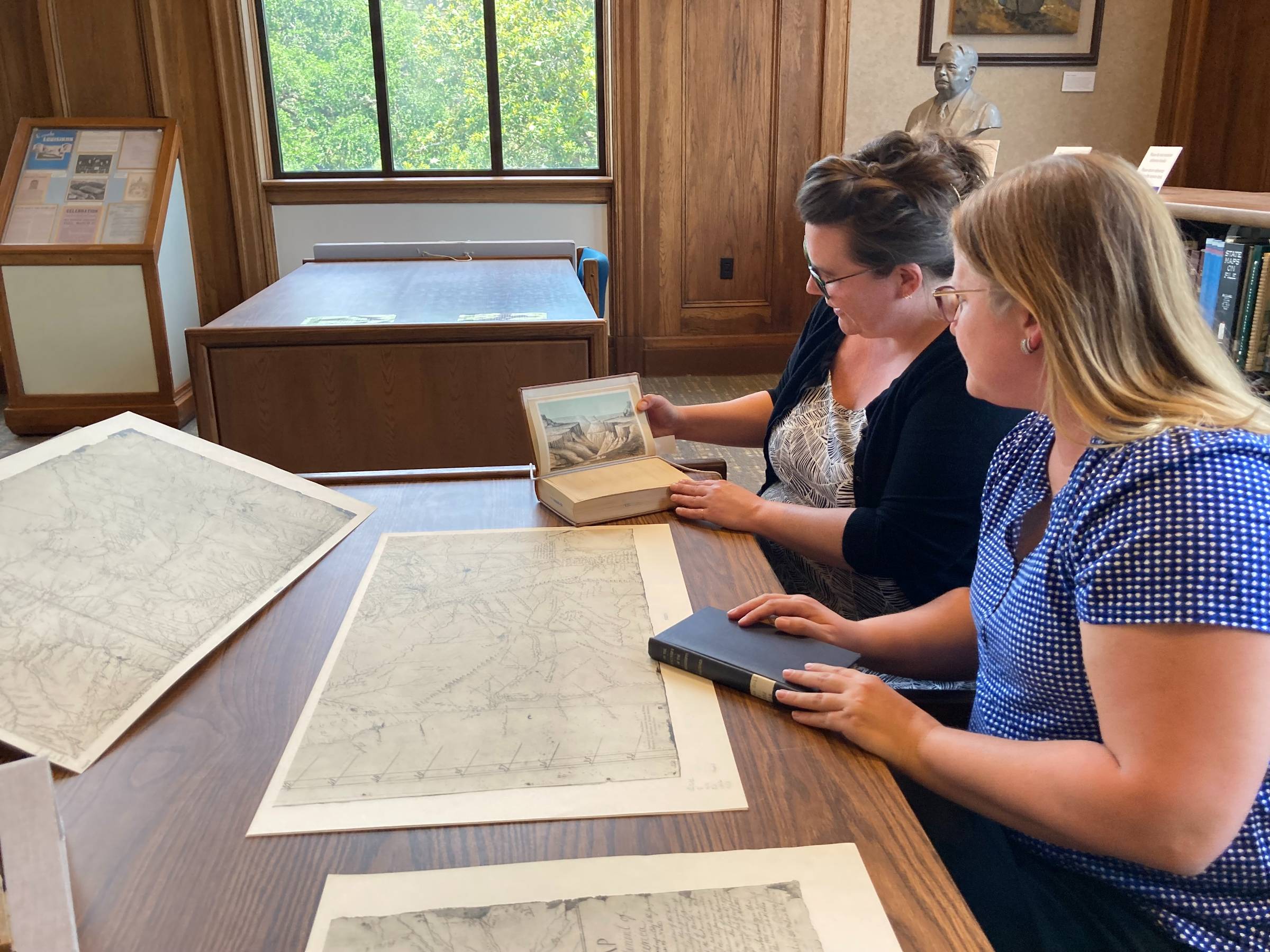 LSU librarians Hayley Johnson and Sarah Simms, have been awarded their third Carnegie Whitney Grant. Their proposal, “Blood and Thunder: The Idealized American West and Its Place Today,” makes LSU one of 10 institutions to receive this competitive grant.

The LSU Libraries is one of 10 institutions awarded the American Library Association’s 2022 Carnegie Whitney Grant for the proposal, “Blood and Thunder: The Idealized American West and Its Place Today.”

Established in 1876, ALA is the oldest and largest library association in the world with more than 60,000 members. This grant, established by Andrew Carnegie in 1902 and enhanced by James Lyman Whitney in 1910, funds the preparation of popular or scholarly reading lists, a list of online resources, or webliographies, indexes and other guides to library resources that will be useful to users of all types of libraries in the United States. This is the third time that the lead researchers for the project, LSU librarians Hayley Johnson and Sarah Simms, have been awarded this grant. They received it in 2017 and again in 2018 for a previous project, "Through an Extended Lens: Louisiana, Internment, and the Geography of Chance," which examined the internment of Japanese and Japanese Americans during World War II in Camp Livingston, a military camp near Alexandria, Louisiana.

“Blood and Thunder: The Idealized American West and Its Place Today” will explore how the idealized myth of the West and westward expansion was used to justify the expulsion and murder of Indigenous peoples, the taking and exploitation of land and resources for economic gains and the exclusion of minority groups who were perceived as infringing on the rights and resources deemed exclusive to Anglo settlers. The project will use the stories and experiences of those communities that have been historically excluded and oppressed to paint a fuller picture of the dominant historical narrative.

“Working at the LSU Libraries gives us so much latitude to explore new ways to think about scholarship. LSU librarians are interdisciplinary by nature. We are connectors of people, of information, and of the different departments on campus. Research like this wouldn’t be possible except for in a place like this that values that information and that kind of work.”

“We are reexamining what you’d typically learn about in your introductory history classes, and the result of this research is that we want to make a very approachable supplemental resource that anyone can pick up and learn from,” Johnson said.

Johnson and Simms will develop an interactive online resource guide focused on the counternarratives of the West through the voices of those who experienced it. The guide will include a bibliography of primary and secondary sources such as memoirs, historical accounts, oral histories, guides to newspaper coverage and other topic-specific resources that they discover in the course of their work.

“It is so important for us to be able to assist our students and researchers in deepening their knowledge by uncovering previously unknown sources of information that they can then use to enrich their own scholarly works,” Johnson said.

Through an Extended Lens: Louisiana, Internment, and the Geography of Chance, TEDxLSU talk: https://www.ted.com/talks/hayley_johnson_sarah_simms_why_we_need_to_uncover_hidden_histories_from_our_archives