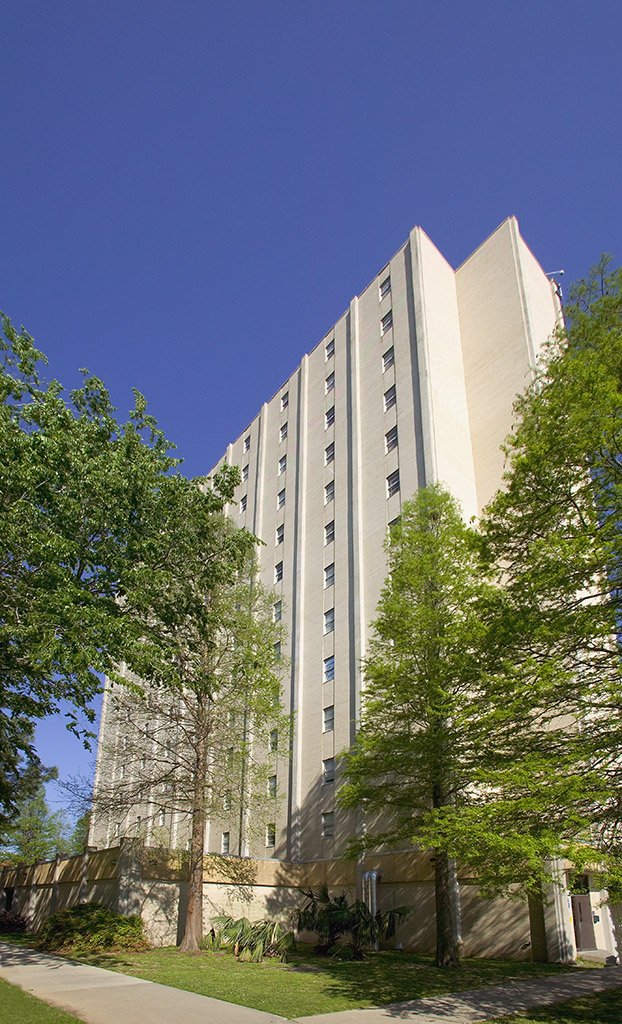 BATON ROUGE – While preparations are underway for the demolition of Kirby Smith Hall in June 2022, the process for demolition of the facility has changed from a controlled implosion to the use of “high-reach” equipment that has recently become available. This high-reach equipment will allow for the building to be demolished one floor at a time.

In addition, this method of demolition is more cost effective for the university and is less of an inconvenience for surrounding residents and businesses than an implosion would have been.

The demolition of the 13-story residence hall is being overseen by Lemoine Company and Lloyd D. Nabors Demolition.

Alumni are invited to share their Kirby Smith memories in at lsu.edu/kirbysmith.

Commemorative bricks will be available for purchase starting later in April, with purchases benefiting the LSU Student Emergency Support Fund.