The 1,971 degrees awarded is a new record for LSU’s fall graduation. In addition, the university awarded the most degrees to female, African American, Asian and Hispanic students ever during a fall semester. LSU also saw the most degrees ever awarded to veteran students.

The fall graduating class represented 54 Louisiana parishes, 44 states and 49 foreign countries. Women made up 56.11 percent of the class, and men made up 43.89 percent. The youngest graduates were 20, while the oldest was 72 years old. 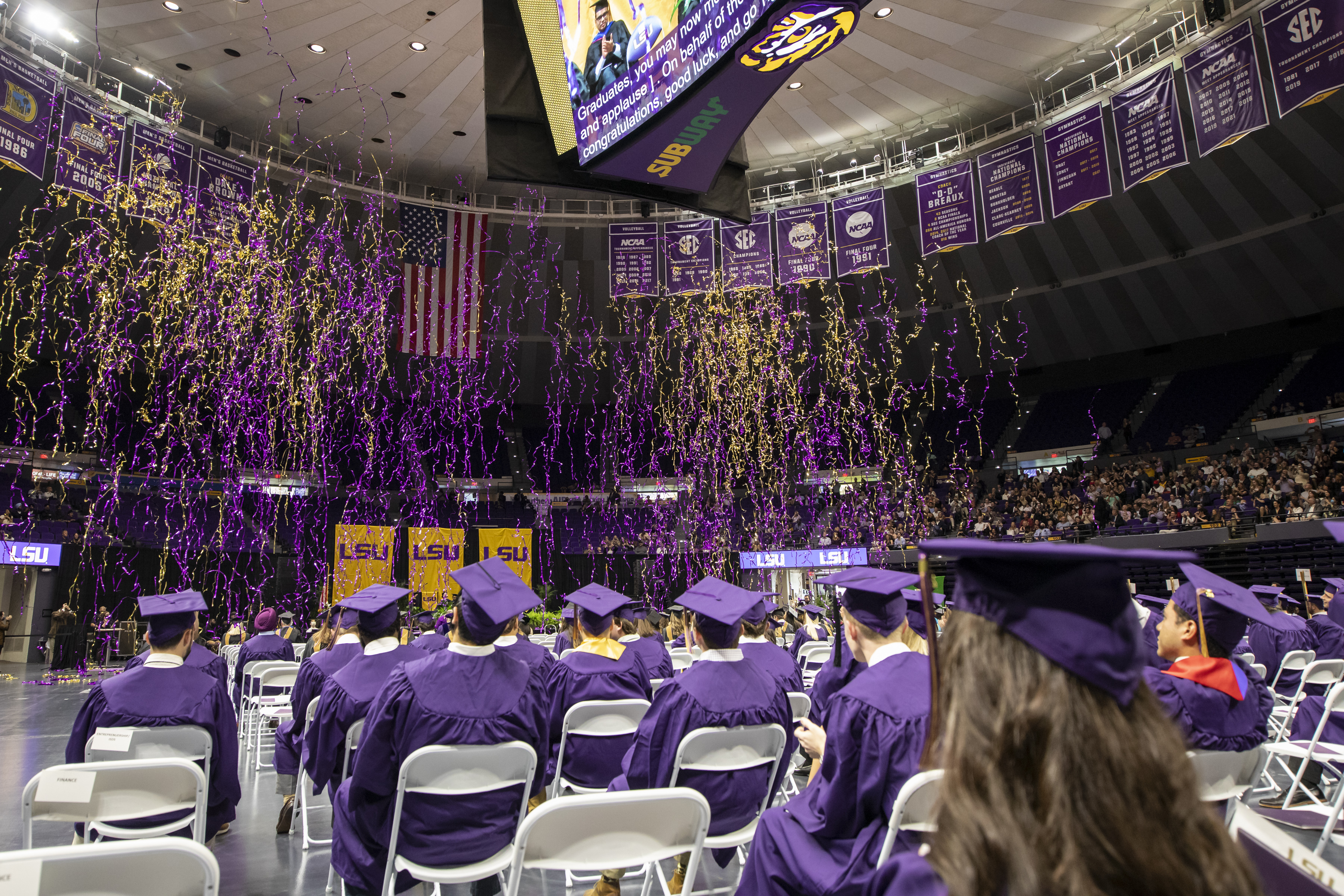 LSU awarded the most degrees ever during a fall commencement and set records for degrees awarded to female, African American, Asian and Hispanic students.

One-hundred and seventy-four students graduated with honors, including 11 students who received the University Medal for graduating with the highest undergraduate grade-point average in the class. 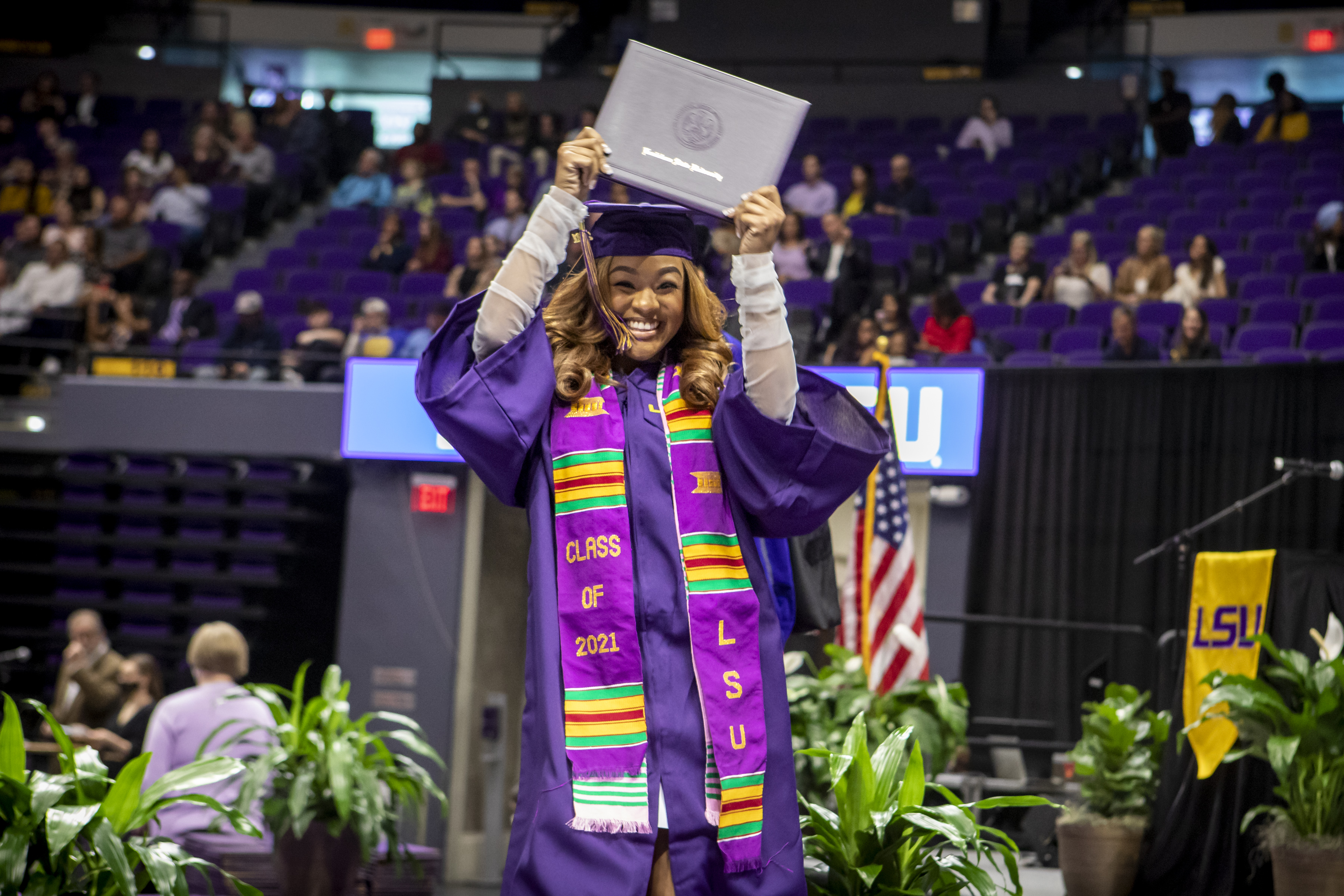 The fall graduating class represented 54 Louisiana parishes, 44 states and 49 foreign countries. Women made up 56.11 percent of the class, and men made up 43.89 percent.

The Center for Community Engagement, Learning, and Leadership, or CCELL, in conjunction with LSU Campus Life, announced that three students graduated with the Engaged Citizen distinction for fall 2021. Collectively, these students have earned 34 service-learning credit hours and have volunteered approximately 340 hours across their local and global communities during their academic tenure at LSU. Some of this cohort’s volunteer opportunities include Hurricane Laura relief, LSU Community Playground Project, Volunteers in Public Schools, and local Baton Rouge hospitals. One student also served abroad on an international mission trip to Mexico.

This semester, 13 graduates were awarded the LSU Distinguished Communicator Award. Recipients of this honor are outstanding writers and speakers, with a strong command of visual literacy and technological communication. They have earned high GPAs in their communication-intensive courses throughout their baccalaureate years, sought 1-1 mentorships with faculty, and have built websites that display their communication competencies and professional talents, both in and beyond the classroom.

The LSU Athletics Department, the Tiger Athletic Foundation, the National L Club and the Cox Communications Academic Center for Student-Athletes on Thursday night honored 18 graduating student-athletes at “The Tribute” in the Bo Campbell Auditorium.

There is no main ceremony for December commencement, so each college held separate ceremonies to recognize their own individual students. For a list of graduates, please visit LSU’s commencement website, http://www.lsu.edu/commencement. The list includes December 2021 graduates who have authorized the release of their names.

Media Note: Lists of graduates and honor graduates are being posted on LSU’s commencement website, www.lsu.edu/commencement. The lists will include graduates who have authorized the release of their names.