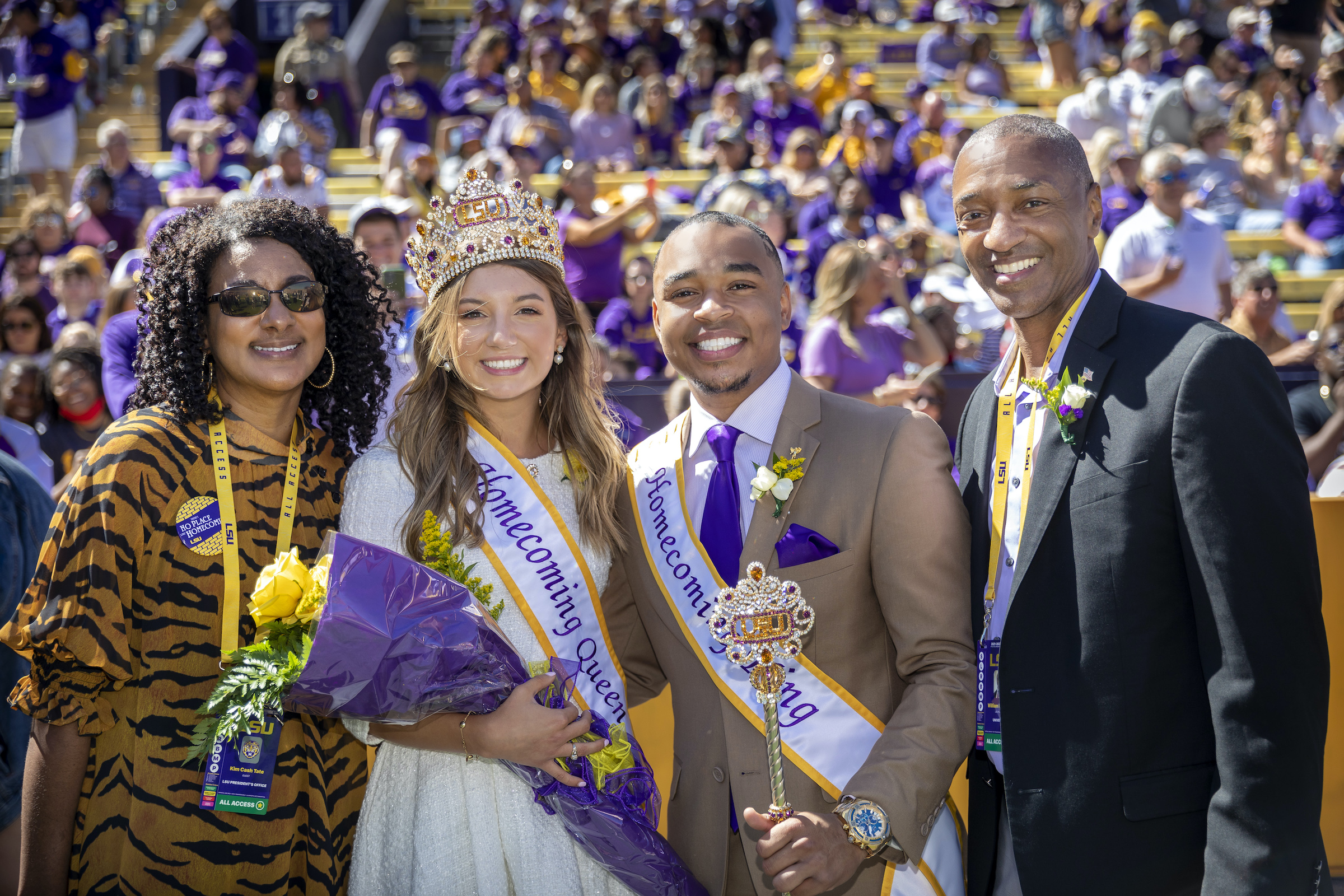 The court is comprised of 14 exceptional students that represent the sophomore, junior, and senior undergraduate classifications plus graduate, law, and veterinary school students. Only the six senior court members are eligible for king or queen honors.

Remaining Members of the 2021 Homecoming Court:

In 1933, LSU selected its first Homecoming Queen. Marguerite Bass was chosen by the student body president and reigned with a princess and seven maids. In 1992, LSU began selecting a Homecoming King to reign with the Queen. In 2015, LSU elected its first international royalty, King Michael Panther Mayen, from South Sudan, Africa. This year’s court was joined by 2020 Queen Anna Jones and Justin Lorio to transfer the title.