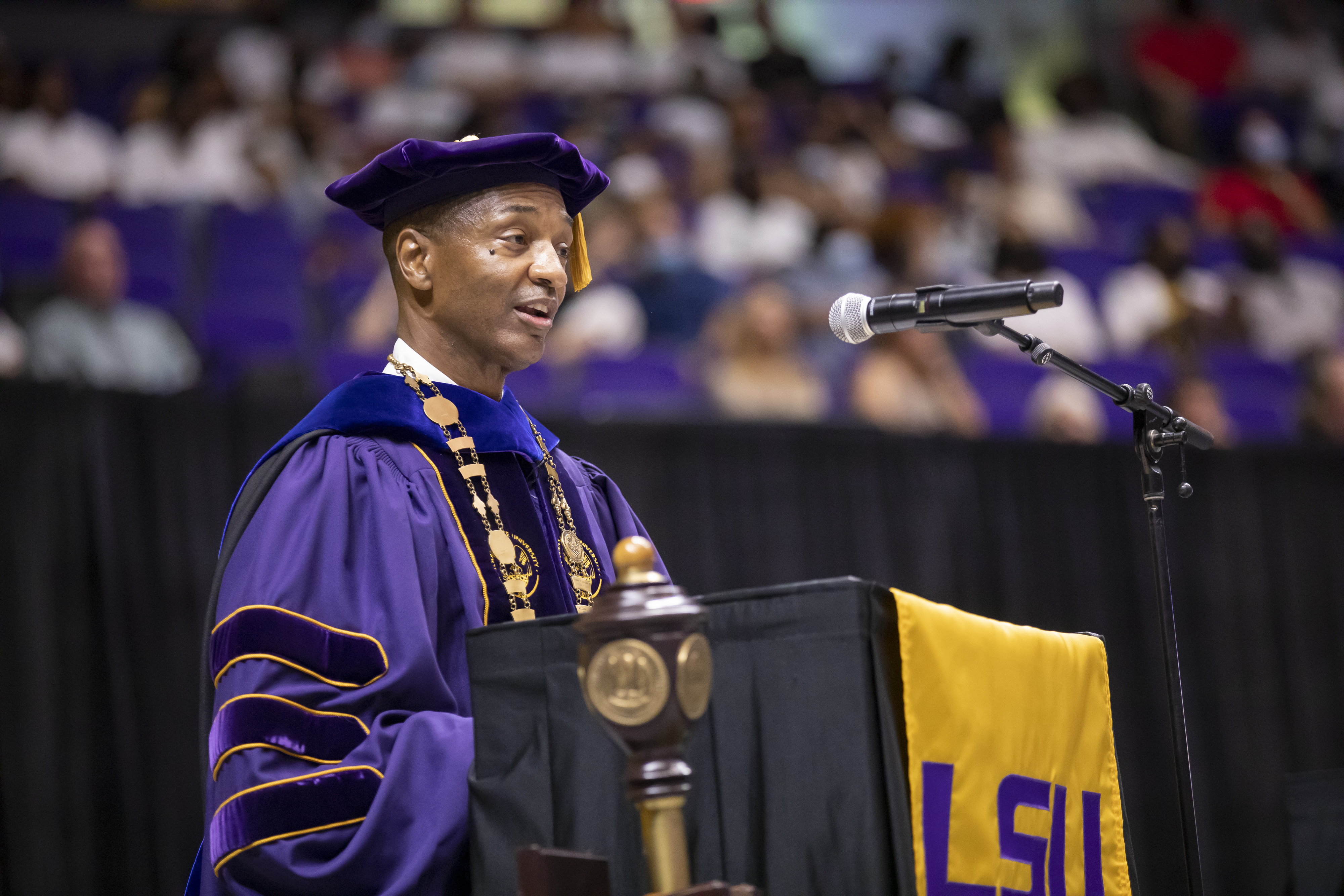 LSU held two ceremonies for this record-setting class – one for graduate students and another for undergraduate and post-baccalaureate students.

“Being here today reminds me why I became an educator and why I have spent my entire career serving in public institutions,” Lee said. “I am sure I am not alone among my colleagues when I say that it is rewarding, and reinvigorating, to be here with you today as we celebrate this amazing accomplishment.”

During Tate’s keynote address, he told the graduates about the history of vaccines and immunizations, specially related to smallpox and how the origin of that particular vaccine has strong ties to LSU’s land-grant mission.

In 1774, farmer Benjamin Jetsy inoculated his family with cowpox to protect them from smallpox. Jetsy faced backlash from his community, but ultimately his vaccination of his family worked.

“Jetsy changed the course of history,” Tate said. “Today, your lives have been positively influenced by his action.” 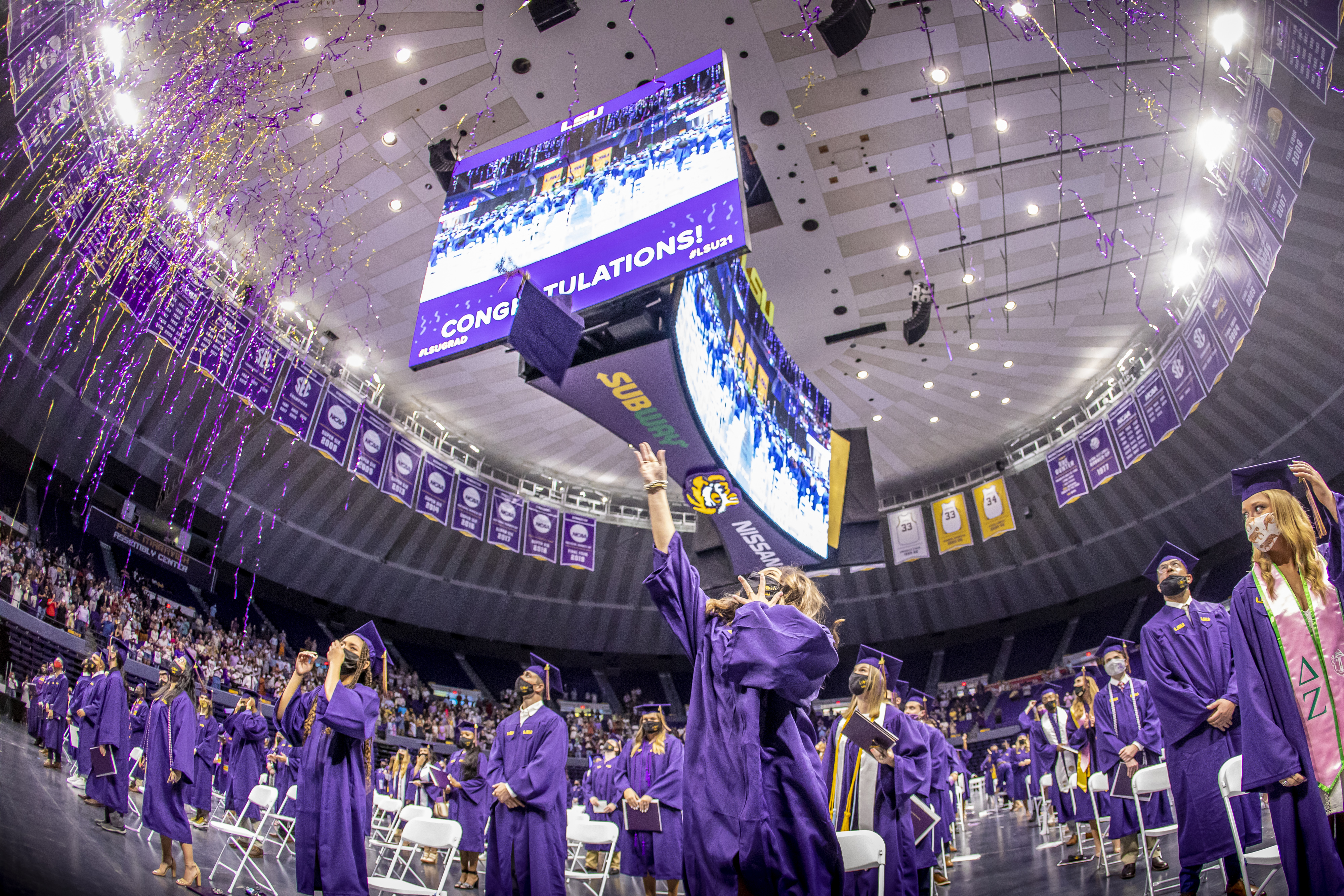 The summer graduating class was awarded 969 degrees, representing the most degrees ever awarded during a summer session in LSU history.

Tate outlined LSU’s land grant mission that focuses on the teaching of practical agriculture, science, military and engineering without excluding other scientific and classical studies.

“You are this generation’s Benjamin Jetsy,” Tate said. “And like Jetsy, your class enters a leadership role in society during a worldwide epidemic. The world is counting on you to operate like Jetsy – seek truth, demonstrate courage and hold to empathy in the face of critics.”

Tate concluded, “I am counting on you, the graduating class of 2021, to lead us into a better future.”

LSU’s summer 2021 graduating class represents 47 Louisiana parishes, 43 U.S. states and 35 foreign countries. The oldest graduate is 86, and the youngest is 19. 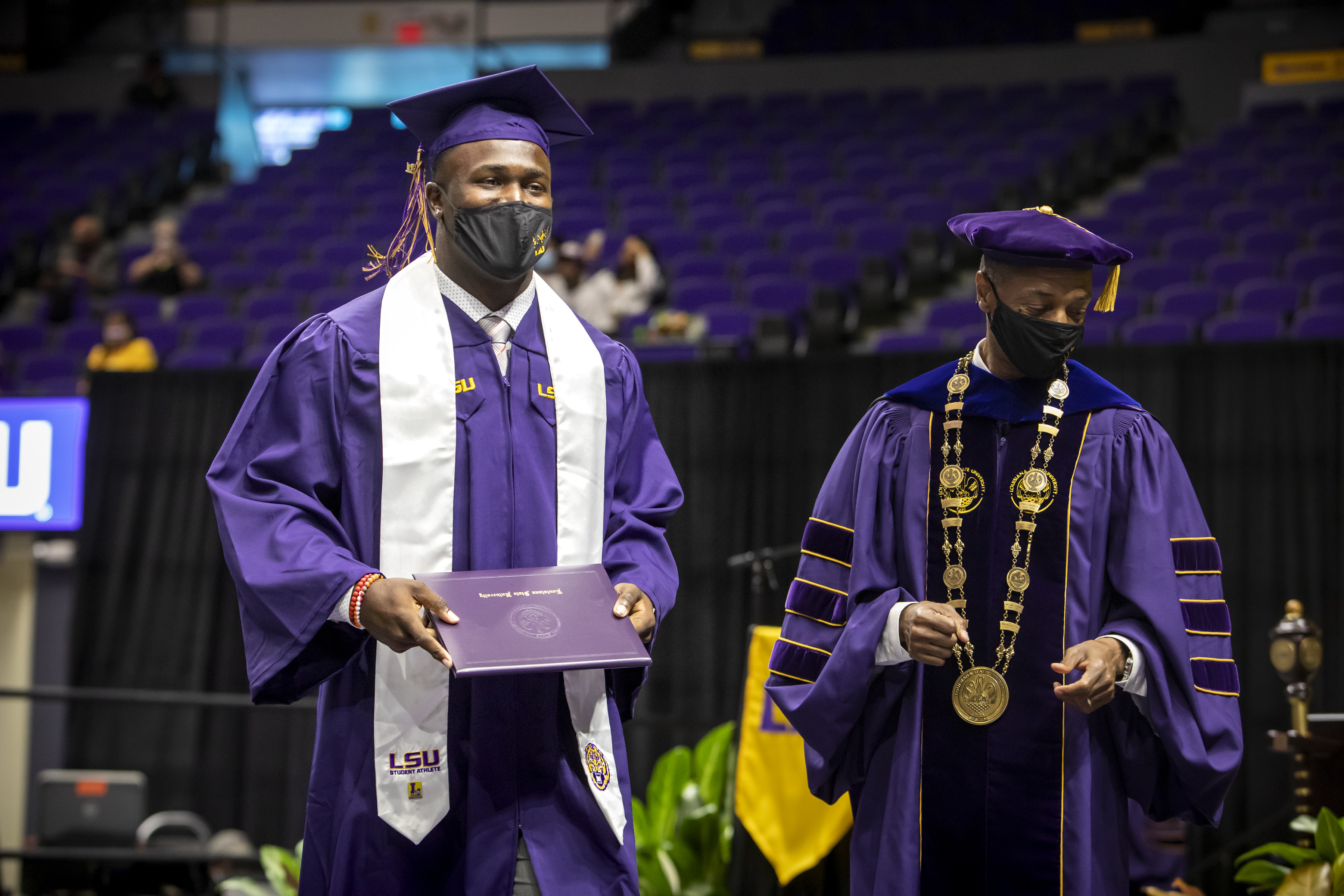 Lizabeth Breaux, of Plano, Texas, graduated with the Engaged Citizen distinction through the LSU Center for Community Engagement, Learning, and Leadership, or CCELL, in conjunction with LSU Campus Life. Breaux, who graduated from the College of Engineering, earned 10 service-learning credit hours and volunteered 75.5 hours across her local and global communities. Some of Breaux’s volunteer opportunities include creating paintings to decorate patients’ rooms at Life Source Hospice, reading to students at Delmont Elementary and volunteering in the Regenerative Medicine Lab at LSU.

Media Note: Lists of graduates and honor graduates are posted on LSU’s commencement website, www.lsu.edu/commencement. The lists include graduates who have authorized the release of their names. Both summer ceremonies were live-streamed and are available online at https://www.lsu.edu/celebration/.