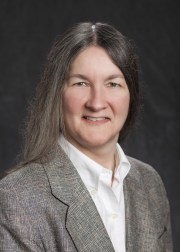 Dr. Mary Julia (Judy) Wornat began her tenure as Dean of the College of Engineering in February 2017 after more than 20 years in academia and 13 years at LSU. She holds the Bert S. Turner Chair in Engineering, the Robert Hughes Harvey Professorship and the William G. Reymond Professorship in Chemical Engineering.

Prior to coming to LSU, Wornat served on the faculty of Princeton University, in the Department of Mechanical and Aerospace Engineering. Prior to that, she worked as a research scientist for two years each at Sandia National Laboratories in Livermore, Calif., and at the Commonwealth Scientific and Industrial Research Organization in Sydney, Australia.

Wornat has received several teaching and research awards, including the National Science Foundation CAREER Award (1996); a Distinguished Paper Award from the Combustion Institute (2009); and LSU’s Rainmaker Award, which honors the university’s top 100 research and creative faculty (2009).

Wornat’s research focuses on the pyrolysis and combustion of solid, liquid and gaseous fuels—with particular emphasis on the chemical and physical mechanisms governing the formation of environmental pollutants, especially polycyclic aromatic hydrocarbons. Additional areas of interest are gas-phase and heterogeneous reactions; analytical techniques for the compositional determination of complex organic mixtures; supercritical fuel reactions; and the health effects of combustion by-products. This research has led to the publication for 75 refereed journal articles.