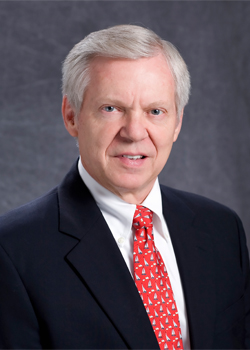 Glenn Sumners, DBA, CIA, CFE, CRMA is on the faculty of Louisiana State University where he is the director of the Louisiana State University Center for Internal Auditing (LSUCIA). Prior to receiving his DBA from the University of Tennessee, he received a BS and MA from the University of Alabama. He serves on editorial boards of the International Journal of Auditing and the Internal Auditor, and he also serves on the EDPAC Editorial Board Group. He was named Educator of the Year in 1987 by the IIA and received the LCPA Lifetime Achievement in Accounting Education Award in 1999. In 2014 he received the Accounting Department Outstanding Teacher Award. In 2008 Dr. Sumners was honored by LSU as a Rainmaker. In 2006, Professor Sumners received the Bradford Cadmus Memorial Award from the IIA. He is a member of the IIA Society Emeritus. In 2012, he was a member of the initial group inducted into the IIA American Hall of Distinguished Audit Practitioners. Six LSUCIA students have placed first in the international manuscript competition. Nineteen students from the LSUCIA Program have won the award for the highest student score on the CIA exam. In 2012, The CIA Award for the highest student score was named the Dr. Glenn E. Sumners Award. He is an honorary faculty member at the University of Pretoria, South Africa. His LSUCIA staff has placed over 2,300 students in internship positions.

He provides CIA exam reviews, quality assurance reviews, consulting, and training to internal audit groups and audit committees. He has made over 1,300 presentations in the last 30 years. He has been invited to speak in 25 countries.