LSU AgCenter is helping to feed Louisiana and the world by developing crop varieties that are highly sought-after, not only here at home, but across the globe.

Sweet potato varieties developed by the LSU AgCenter dominate the farming industry in Louisiana, as well as Mississippi and Arkansas. But they also rule in Australia, where 90% of all varieties grown are LSU’s, and in Guatemala, Honduras, and Costa Rica.

LSU AgCenter varieties of rice and sugarcane reign supreme in Louisiana—on 70% of all fields. In the past 50 years, yields for rice, sugarcane, and sweet potatoes have doubled or tripled statewide, boosted by university innovation, and an independent study found that the LSU AgCenter’s herbicide-tolerant rice technology alone contributes up to $95 million in annual management cost savings for rice producers. Clearfield rice, first released in 2002, enables farmers to kill the nuisance known as “weedy rice” without harming the crop. Several Clearfield varieties are now grown throughout the world, with researchers constantly fine-tuning and responding to the needs of farmers.

Collaborations between the farming industry and LSU go back more than a hundred years. “I like to tell people that it’s our job to keep the dots above the [expected yield] line,” said Kenneth Gravois, former LSU AgCenter sugarcane breeder and now a state sugarcane specialist. “But most importantly, we don’t want the dots going way up and down and then way up again. In this way, research is an insurance policy.” 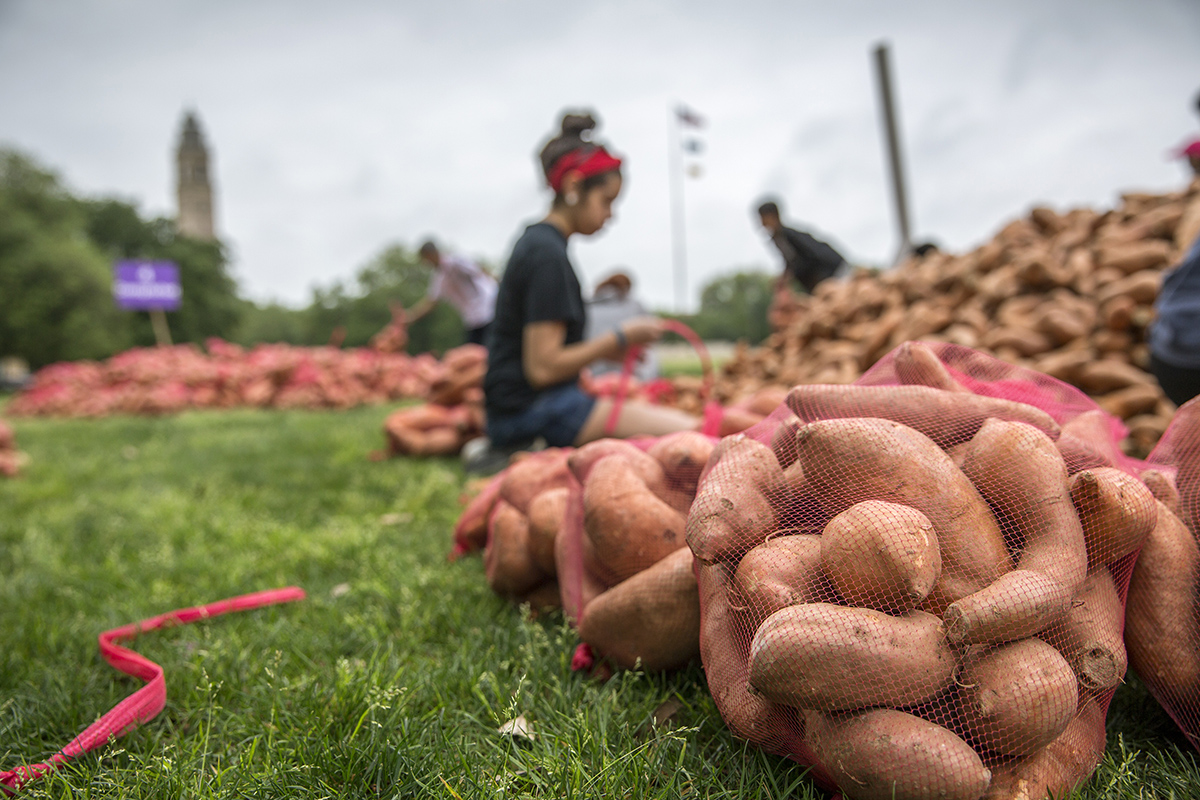 “The variety development at LSU is the cornerstone for the Louisiana sugar industry. The $3 billion impact of that work is money that stays in our local communities and small towns where sugar is a stabilizing factor in a sometimes very volatile economy. It’s also our heritage. I like to remind people that sugar is so important there’s even a football game named in our honor and that’s the Sugar Bowl.”