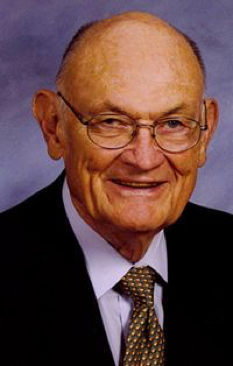 In a hometown with only dirt roads and no movie theater, then high school senior James Traynham traveled 10 miles from his hometown of Broxton, Georgia, to watch Louis Pasteur's biopic, "The Story of Louis Pasteur" (1936), starring Paul Muni.

After watching the film, Traynham was drawn to organic chemistry because of the possibilities of "exploring new areas of discovery and potentially contributing something to improve people's lives," said Traynham.

Although never having a chemistry course in high school, Traynham attended South Georgia State College, a two-year liberal arts college, and majored in chemistry. It was a freshman year college instructor, C.R. Spell, that encouraged Traynham to enroll at the University of North Carolina (UNC) to complete his bachelor's degree.

Spell returned to his alma mater for graduate studies while Traynham was finishing up his bachelor's degree in chemistry. After earning his Bachelor of Science in chemistry in 1946, Traynham pursued his PhD at Northwestern University.

In order to expand his research experiences, Traynham looked for a position while still teaching at Denison. He was offered two opportunities: one as a post-doctoral researcher at The Ohio State University and another as a research chemist at Battelle. Interested in an academic career, Traynham decided to pursue the post-doctoral position at Ohio State.

During his third year as a post-doctoral researcher, Traynham was recommended by the chemistry faculty of Ohio State to fulfill a request for an assistant professor of organic chemistry at Louisiana State University.

After negotiating his contract with Denison, Traynham moved to Baton Rouge, Louisiana, in 1953 and joined the LSU faculty. 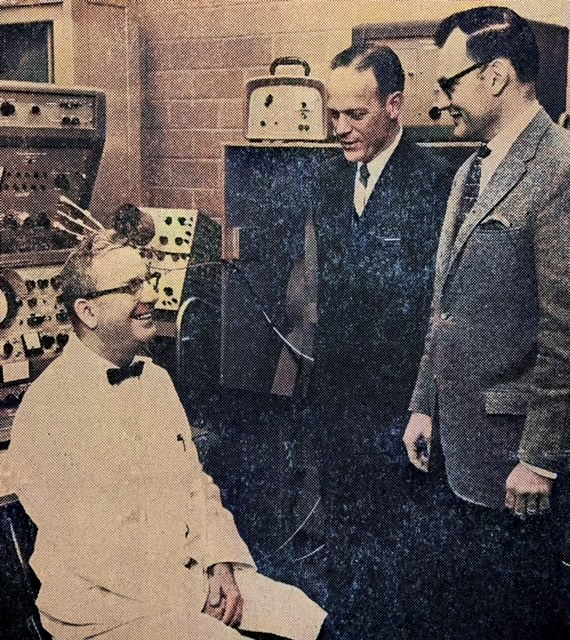 During Trayham's arrival to LSU, Dean Arthur Choppin was transforming the chemistry department towards a productive research unit by increasing quality faculty research. "I came to LSU knowing I was expected to be a researcher," Traynham said.

Traynham also contributed to the successful application for LSU in becoming a National Science Foundation Center of Excellence in Science and Math during the 1960s. Written by Professor Robert V. Nauman, LSU’s application further shifted faculty time from teaching to research.

The shift to a research-intensive model "made research more visible and a significant part of the department," Traynham shared. As it still trends today, the department started conducting top research attracting federal support and producing significant numbers of talented doctoral students.

A unique component of LSU Chemistry’s Center was the emphasis on access to college teachers to receive a PhD. “It gave LSU a large increase in doctoral holding alumni that served as faculty at liberal art colleges across the country,” Traynham stated.

In addition to promoting high research productivity levels, Traynham recognized another impressive quality of the chemistry department. As explained by Traynham, Dean Choppin made LSU an appealing site for women faculty members.

"When I arrived, LSU Chemistry had two women faculty members and a third was added the next year… I never knew a woman faculty member until I arrived at LSU, none at Northwestern, Ohio, or North Carolina," shared Traynham. "I had the opportunity to be associated with two impressive women faculty, Virginia Rice Williams and Mary Good."

During his first 12 years as a faculty member of the chemistry department, Traynham's research primarily focused on mechanisms of organic chemical reactions, a thriving area of chemistry at the time. In particular, his interests were in carbocation processes, radical halogenations, and ipso intermediates in radical aromatic substitution reactions.

With support from an American Chemical Society Petroleum Research Fund award (1959-60) and a NATO Senior Fellow in Science (1972), Traynham spent two sabbatical leaves in Europe conducting research at the University of Zurich, Switzerland and University of Saarbrucken, Germany.

In addition to research, Traynham enjoyed the opportunity to teach both undergraduate and graduate courses every semester during his time at LSU. "I enjoy the whole role of teaching-working with students, helping them grasp pleasure and possibly continue to study chemistry," Traynham said. “A professor has an obligation for teaching and research.”

“As a teacher, he stood head and shoulders above everyone else I encountered- that's not to ‘put others down,’ but, at least from my perspective, he simply was the best,” shared Ken Kneipp (LSU PhD, 1971). “He really is the crown jewel of LSU Chemistry!”

The University of Utah's Distinguished Professor Emeritus Dale Poulter (LSU BS, 1964), a former undergraduate student of Traynham, was inspired to pursue organic chemistry for graduate studies after enrolling in Traynham's undergraduate teaching laboratory course that focused on the identification of organic compounds. According to Traynham, Poulter was his most impressive contribution to organic chemistry.

"It was a really interesting and challenging course in which students had to do detective-like work to determine the structures of unknown compounds. He frequently came to the lab to chat with the students and offer suggestions about techniques without giving clues about the structures themselves," Poulter said. "Because of that experience, I took the time in the lab when I taught lab classes. I saw how valuable that informal interaction was."

During his mid-career, Traynham served administrative roles for the University: chairman of the chemistry department for five years (1968-1973) and vice chancellor for advanced studies and sesearch and dean of the graduate school for 8 years, starting in 1973.

During the later years of his career at LSU, while serving as vice-chancellor, Traynham shifted his research activities to the history of chemistry.  "In an administration role, I had less time doing laboratory chemistry," Traynham said. "I always, dating back to high school, had an interest in history. So, I began reading articles and decided to write some papers while doing administrative work."

Traynham edited a book titled Essays on the History of Organic Chemistry and organized efforts to obtain and archive the science's oral history. He also served as chair of the ACS Division of History of Chemistry.

Traynham also enjoyed the travel opportunities afforded to him by participating in regional and national ACS meetings and the International Commission of Nomenclature of Organic Chemistry. His academic travels brought him to multiple cities across the United States and Canada and regions throughout Europe. His fondest memories include extended summer conference travels, which often involved tent camping with his family.

After his retirement from LSU in 1988, Professor Emeritus Traynham remained active with the American Chemical Society's local and national committees and wrote papers on the history of chemistry. His latest article in the ACS Symposium Series features German chemist George Rosenkranz and his role in the production of oral contraceptives from Mexican yams.

Traynham was inducted into the College of Science Hall of Distinction in 2007 and named a Fellow of ACS in 2009.

In his spare time, he enjoys sitting on his patio with his wife and neighbor friends, from a safe distance, with wine and snacks and solving "university issues." He is also currently working on a biography.

Traynham has had a long and distinguished career in teaching, research, and administration at LSU. For the same reasons he was first drawn to organic chemistry, he was successful in discovering new areas and improving the lives of others beyond the laboratory. He contributed to the success of countless students' personal development and careers, helped shape a successful department and institution, and continues to embrace and share the history of chemistry.

"I expressed ambition when I retired in 1988 that I was to live at least as long in retirement as I was in active service at LSU. I have three more years to make that happen," Traynham shared.