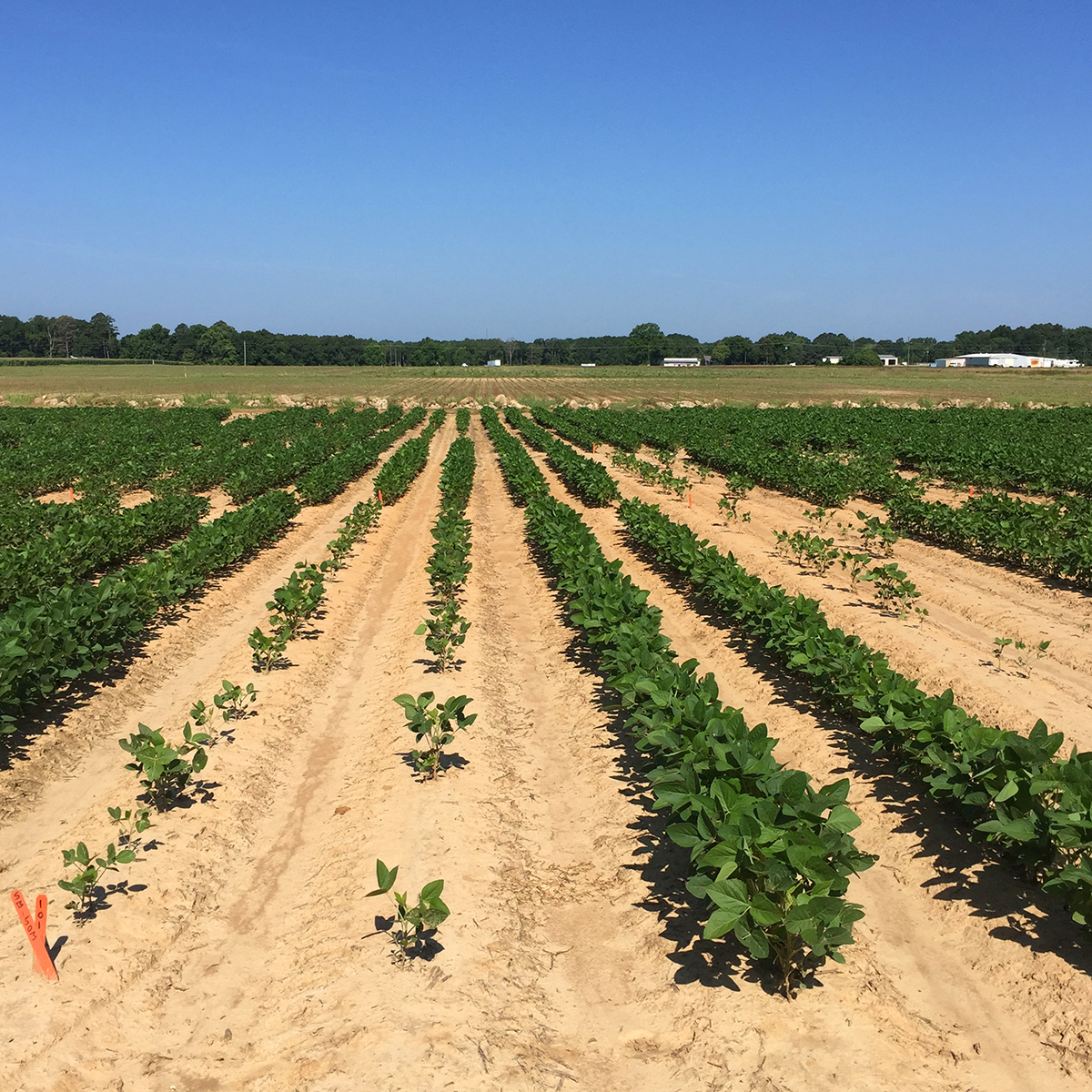 BATON ROUGE—January 18, 2022—Louisiana farmers rely on herbicides, pesticides, and fungicides to protect their crops against weeds, insects, and diseases. Even though most farmers try to be good stewards of the environment, some of those chemicals inevitably end up in waterways, or elsewhere, instead of benefiting the plants. To address this problem, LSU Professor Cristina Sabliov is working on technologies for more targeted delivery of agrochemicals to crops, to prevent waste—a cost issue for farmers—while protecting plants, yields, and the environment.

Sabliov develops nanoparticles that are smaller than the eye can see—about a thousand times smaller than the thickness of a human hair. These tiny delivery systems can attach to specific parts of a plant, such as the root or the leaves, and deposit a small but significant payload to be released either immediately or over time.

Most of Sabliov’s work to-date has focused on soybeans, a major crop in Louisiana and around the world. She’s received continuous support for her research from the Louisiana Soybean and Grain Research and Promotion Board and from the U.S. Department of Agriculture throughout her career.

“Louisiana soybean farmers see great value in supporting research that can generate solutions to challenges that are unique to our state.”—Charles Cannatella, chairman of the Louisiana Soybean and Grain Research and Promotion Board and a farmer in Melville in St. Landry Parish

“Louisiana soybean farmers see great value in supporting research that can generate solutions to challenges that are unique to our state,” said Charles Cannatella, chairman of the Louisiana Soybean and Grain Research and Promotion Board and a farmer in Melville in St. Landry Parish where he grows soybeans, corn, and sugarcane together with his family. “We are excited that Dr. Cristina Sabliov is doing just that. Louisiana soybeans thrive in large part due to our climate conditions, which also present unique challenges, like diseases and fungi that thrive in these same conditions.”

Many Louisianans are surprised to learn that their home state produces more soybeans than rice. Soybeans rank fourth among Louisiana’s top agricultural commodities, after forestry, poultry, and sugarcane. At harvest, 80% of all soybeans become soybean meal, often used as livestock feed since they’re high in protein. Most of that meal is fed to chickens, so the argument could be made that Sabliov’s research supports not just one, but two, of the state’s top agricultural industries. 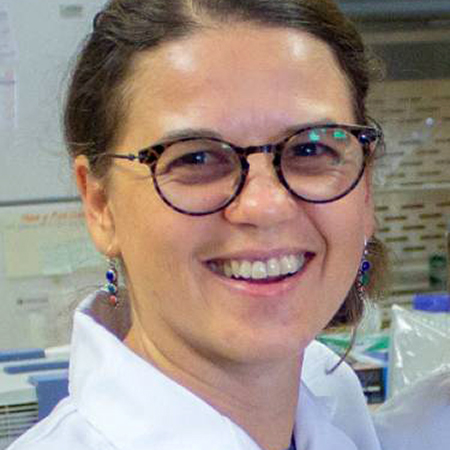 LSU Professor Cristina Sabliov has received continuous support for her research from Louisiana soybean growers who are looking for more efficent, affordable, and environmentally friendly ways to protect their crops against disease.

Her most recent work turns a waste product from the paper industry (thus, from forestry), called lignin, into something useful as biodegradable “nanovehicles.” Lignin is present in most plants to give their cells rigidity. Without lignin, trees would be floppy and sag. This natural polymer is both cheap and safe. Through advanced engineering and chemistry, Sabliov and her team are able to wrap lignin molecules around other materials, such as agrochemicals. By using surfactants, they can keep the compounds homogeneously dispersed, similar to a vinaigrette that never separates, and then dry the resulting nanoparticles into a powder, extending their shelf life.

“It’s nice to pay attention to what molecules like to do,” Sabliov continued. “I think a lot about how molecules like to be with each other, or like to repel each other, or like to self-assemble in a certain way—their characteristics and relationships. If you create the right environment for a certain molecule, it will behave in a way that leads to nanoparticle formation, which in our case means that it will self-assemble into a ball around an agrochemical.”

When it’s time to test the nanoparticles—to see where they go and how they move when applied to plants—Sabliov uses hydroponics, which involves growing plants without soil. The reason is that soil introduces a host of unknown variables.

“Hydroponics is our steppingstone to greenhouse and field applications because it’s a much simpler system without all of the chemicals and microorganisms that are naturally present in organic matter,” Sabliov said. “If you start by testing the nanoparticles in soil, you will be in that for a long, long time before you can answer your research question with any certainty.” 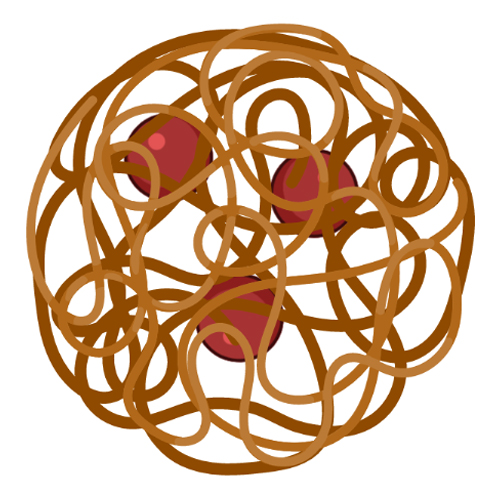 Sabliov’s nanoparticles are tiny delivery systems that can attach to specific parts of a plant, such as the root or the leaves, and deposit a small but significant payload to be released either immediately or over time. This one is made from lignin, an organic and fully biodegradable polymer, and loaded with fungicide. Through more targeted delivery, much smaller amounts of fungicide are needed.

Once Sabliov is sure the loaded nanoparticles are both safe and effective, she collaborates with LSU AgCenter specialists to test them on plants in soil. Trey Price, a plant pathologist at the Macon Ridge Research Station in Winnsboro, Louisiana, recently harvested soybeans from an initial field trial where the seeds had been treated with Sabliov’s fungicide-wrapped-in-lignin nanoparticles before being exposed to Rhizoctonia solani, a fungus and common soybean pathogen.

“We planted the treated seeds in two greenhouse experiments and a small field trial,” Price said. “The soybeans that were treated with the fungicide-loaded nanoparticles did just as well as those that were treated with a broader formulation of commercial fungicide, while the plants that received no fungicide became diseased and yielded much less.”

“Field trials here at the [LSU AgCenter] research station are geared toward justifying or reducing costs and keeping farmers in business.”—Trey Price, plant pathologist at the Macon Ridge Research Station in Winnsboro, Louisiana

“Fungicides offer insurance against seedling diseases during the critical two-to-three weeks after planting and amount to a significant annual cost for many farmers,” Price continued. “Field trials here at the research station are geared toward justifying or reducing those costs and keeping farmers in business.”

Fungi cause most diseases in soybeans, and most of them thrive in warm and wet environments. Because of the sub-tropical climate, Louisiana farmers battle more problems than farmers elsewhere in the U.S. in protecting their crops from disease, according to Price. For weed and disease control and to maximize profit (crop prices fluctuate from season to season), soybeans are often grown in rotation with other crops. In Louisiana, those tend to be wheat, corn, sorghum, rice, and sugarcane (grasses) or, alternatively, cotton (a broadleaf). The production of soybeans in the state jumped radically during the agricultural revolution in the 1960s and ’70s from about 100,000 acres to over 2 million. Today, soybeans are grown on roughly 1.1 million acres in Louisiana by more than 2,200 farmers. 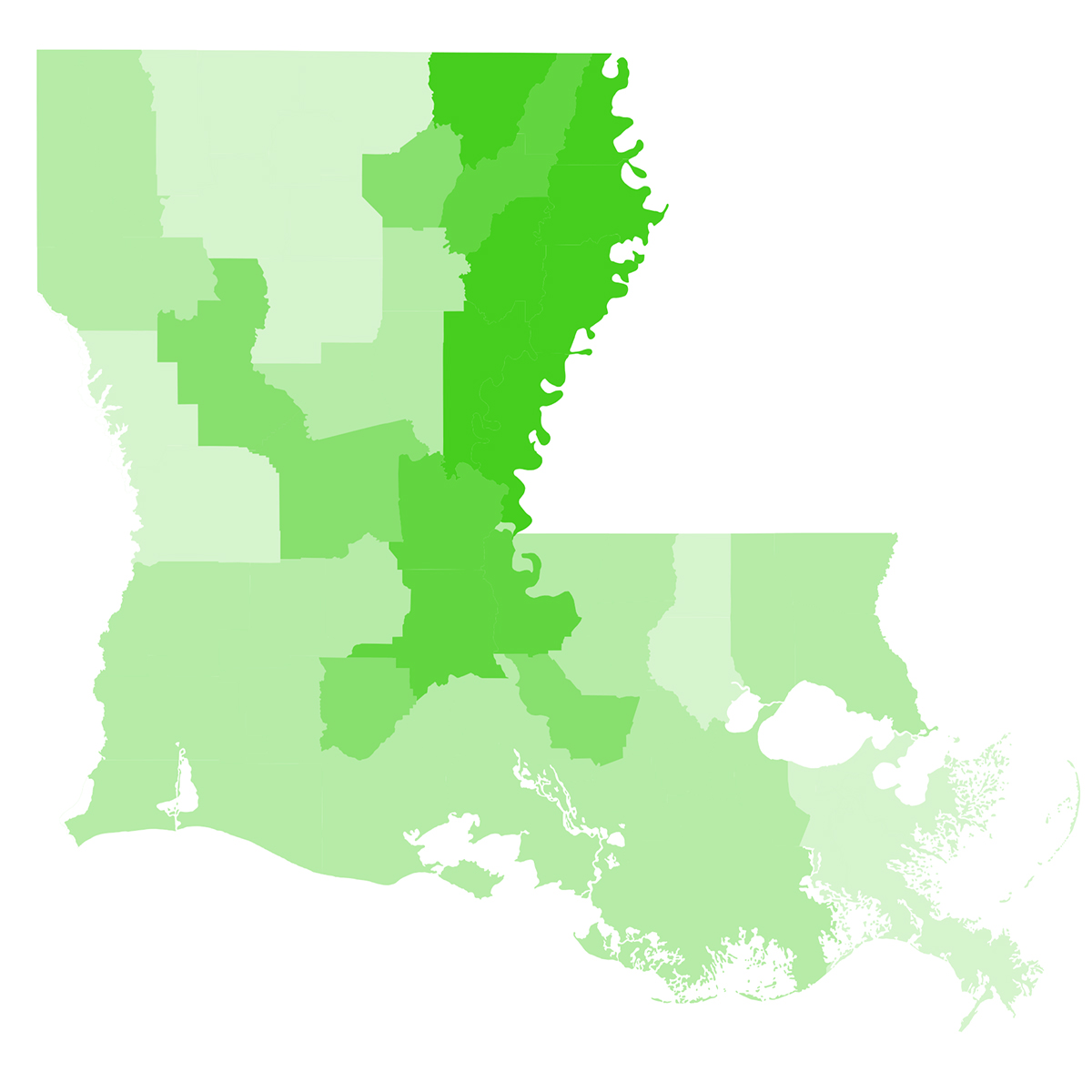 Soybeans are Louisiana’s fourth-largest agricultural commodity after forestry, poultry, and sugarcane. Soybean farming is concentrated in the northern part of the state along the Mississippi River.

“Not only is it more efficient for us to let someone with [LSU Professor Cristina Sabliov’s] expertise discover these things and let us transition them back to our farms, but this also allows us to be more environmentally conscious and overall sustainable by generating solutions in a lab or on a research farm rather than on our much larger scale.”—Charles Cannatella

“Without unbiased, third-party research from land-grant institutions like LSU, farmers would have to incur losses in their production to figure out solutions to troublesome fungi like Dr. Sabliov is investigating,” Cannatella said. “Not only is it more efficient for us to let someone with her expertise discover these things and let us transition them back to our farms, but this also allows us to be more environmentally conscious and overall sustainable by generating solutions in a lab or on a research farm rather than on our much larger scale. Research is a good investment of Louisiana farmers’ dollars.”

Louisiana soybean growers spend a total of about $164 million on herbicides, pesticides, and fungicides for their crops each year. That’s almost half of all direct costs of soybean production. Any reduction in the amount of these inputs, as farmers call them, would help protect the farming industry as well as the environment.

“Farm inputs like seed treatments continue to increase in expense, reduce in availability, and face constant questions from those who do not understand the investment in time and resources that go into producing a safe and abundant crop,” Cannatella continued. “We believe Dr. Sabliov’s work and the partnership between the Louisiana Soybean and Grain Research and Promotion Board and LSU can provide valid answers to all of these challenges. And farmers, consumers, and all Louisianans benefit.”

“I’m so grateful and proud that Louisiana’s soybean growers and the Louisiana Soybean and Grain Research and Promotion Board believe in our technology and continue to support our work even if the development of our formulations into a commercial product could take many years still,” Sabliov said.