As the stockings are hung by the chimney with care, stores around the country are bursting with items and holiday deals. The National Retail Federation predicts spending will be near $950 billion, even as inflation and higher prices weigh heavily on shoppers’ minds and bank accounts. LSU Marketing Professor Dan Rice analyzes the numbers and shares expertise to help buyers make the right decision this holiday season. 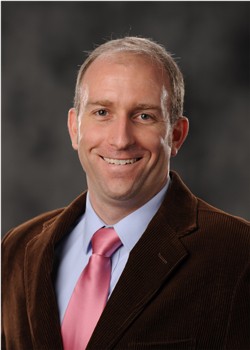 LSU Marketing Professor Dan Rice believes many shoppers will cut back their holiday shopping in 2022 due to personal situations stemming from inflation and higher prices.

What do you expect to see this year for holiday shopping?
The National Retail Federation, or NRF, has come out with a prediction that holiday sales this year will grow somewhere between 6% and 8%, putting predicted spending somewhere in the neighborhood of $950 billion for the holidays this year. I’d expect that we’ll get some people spending normally, and others that are affected by economic conditions cutting back. The averages might play out higher, but many individuals will cut back due to their personal situations.

Is there anything different this year than in years past?
The inflation is near record levels, and interest rates are higher than they’ve been in quite a while, which would suggest that people should have less cash on hand to spend. It’ll be interesting to see if consumers continue to spend at levels that are higher than predicted based on these factors and consumer confidence.

How much will inflation and higher prices impact shopping?
It’s hard to say. Again, on the aggregate it appears that we’re in for some growth, but that varies a lot due to an individual’s situation. What does seem to be true to this point is that shopping has been impacted far less than expected. However, with continued inflation and possible changes in the job market, shopping could change quickly too.

Last year saw a 13.5% increase last year, while this year the National Retail Federation expects sales to increase only 6 to 8%, why?
Well, the average for the last 10 years is about 4.9% according to the NRF, so last year was a very large increase for a number of reasons. First, there was a lot more store traffic, as people were able to shop without as much concern for COVID. Second, the economy and jobs that had shuttered were beginning to return, so people had more money to spend, and the outlook was positive. Third, there was a bit of what some termed “revenge shopping,” or essentially making up for lost shopping time during the pandemic by buying more as venues reopened.

This year, we see the higher prices, inflation, and an economy that many are predicting will go into a recession and cause hardship. Even Jeff Bezos was interviewed this week urging consumers to be cautious about major purchases. When the executive chairman, founder and former CEO of Amazon.com suggests you might want to cut back your consumer spending you may want to take heed. The really interesting thing is spending has remained decidedly stronger than expected even given so many pressures that should lead to lower spending.

There are reports that stores have started the holiday season earlier, with promotions and discounts starting in October, is that something we will keep seeing every year? Would that benefit consumers’ bank accounts to start shopping earlier?
I think this trend will keep occurring as it has been getting earlier and earlier. It used to be the day after Thanksgiving, the traditional “Black Friday.” Then it was on Thanksgiving. Then it was the week leading up to Thanksgiving. Now it seems it’s early October with Amazon’s “Prime Early Access Sale.” At some point, the creep must stop because you can’t really have a 4th of July Black Friday Sale, without replacing some of the other traditional sales.

As to whether it benefits consumers or not, it’s a question of whether they are getting what they want, and whether they’ve done the homework to know a good price. Just because something is “on sale” doesn’t mean it’s a good price. Presumably though, if you have wise consumers that have a longer period over which to buy, they should be able to find a better price or at least have a better idea of what normal pricing is. Remember, the best annual prices on many categories are not in the Black Friday season.

Do you expect any changes for where customers shop – online or in person?
Groups like ROIRevolution and EMarketer are predicting growth in offline retail in the 6% range, which is a decline in the growth rate from 2021, but online sales to have a larger growth rate of 12% compared to last year’s 10%. Online sales are expected to continue to drive the growth. One of the other things we see becoming increasingly popular is curbside pickup models where you can order online and pick up curbside. Many consumers, 42% of them, have indicated they won’t shop at sites without this option according to some analysts. However, the positive growth in each suggests there is still a growing need of both online and offline, and combo, channels.

Do you think people will turn to gifting less? Spending less? Looking at more experience-based gifts than items?
There is some research that suggests experiential spending is almost always more enjoyable, but at the same time, people tend to view possessions as being more sensible gifts. So, I don’t think we’ll necessarily see huge changes in that respect unless public perceptions change drastically. Gifting less or spending less don’t really look like they will be happening on an average, but again it’s also very specific to the individual. Taking a realistic assessment of one’s finances should guide the decisions on spending. If you’re very secure and expect that to continue, you might not worry as much. If inflation and other economic conditions are concerning you, or job security is concerning you, you might be well-served to restrict spending this year. Remember, too, that higher prices could lead to higher spending, even in cases where the number of gifts stays the same or decreases, depending on how much higher those prices are.

What do you want consumers to know about holiday shopping?
First and foremost, do your homework on major purchases. You should know if you’re getting a good price or not when you buy something. There might be times where you know the price isn’t great, but you need the product now (e.g., a washing machine) and other times where you can hold off for a better price (e.g., a flashier TV). Smaller gifts might not be worth your time to worry about too much. E.g., if you’re buying a $10 Lego set, you might have to spend far more time than it’s worth for your well-being to save the $4-5 for a great sale price. Also, be sure to check off-price outlets like TJ Maxx, Marshalls Ross, Ollies, etc., as they are starting to again see more name brand pieces coming their way as the supply chain issues have eased. Sometimes you can find great items there for a great price.