LSU’s Constitution Day Lecture on Sept. 9: “Giving Justice More Than Its Due” 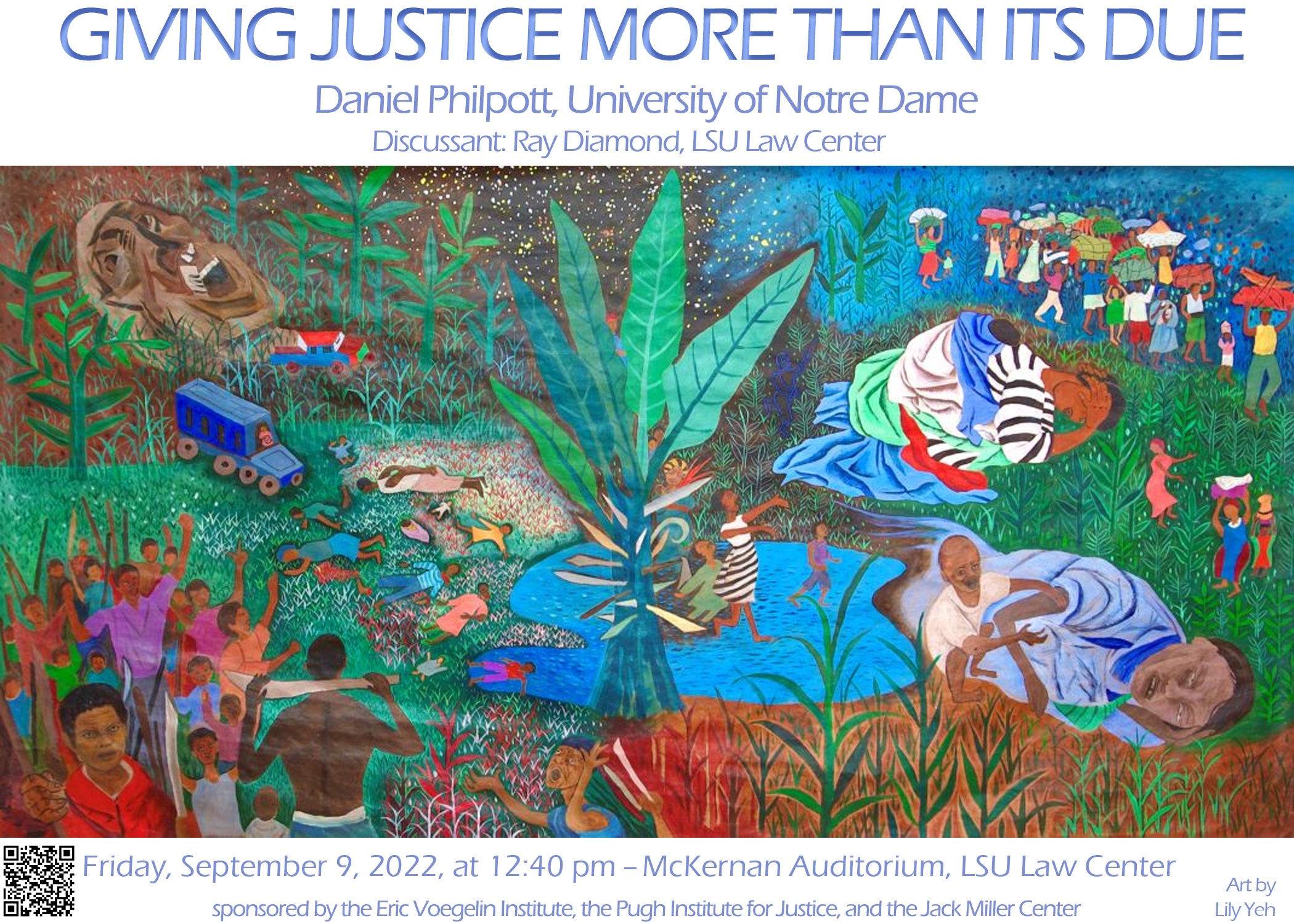 BATON ROUGE – Daniel Philpott of the University of Notre Dame will deliver LSU’s Constitution Day Lecture on Friday, Sept. 9, from 12:40-1:40 p.m. “Giving Justice More Than Its Due” is his topic, and Ray Diamond of the LSU Law School will serve as discussant.

The program will be held in the McKernan Auditorium at the LSU Law Center. This event is sponsored by the Eric Voegelin Institute, the George W. and Jean H. Pugh Institute for Justice at the Law Center and the Jack Miller Center for Teaching America’s Founding Principles and History. The lecture is free and open to the public.

Philpott is professor of political science at the University of Notre Dame. He earned his Ph.D. in 1996 from Harvard University and specializes in religion and global politics, focusing on religious freedom, reconciliation, the political behavior of religious actors, and Christian political theology. The author of “Just and Unjust Peace: An Ethic of Political Reconciliation,” as well as several other books, Philpott has promoted reconciliation in the aftermath of massacres and civil wars in Kashmir and the Great Lakes Region of Africa.

Commenting on Philpott’s remarks will be Professor Ray Diamond of the LSU Law School. Diamond holds the James Carville Alumni Professorship and the Jules F. & Francis L. Landry Professorship and is the Director of the Pugh Institute. He received his education from Yale College and Law School.

“Reflecting upon my experience studying and being involved in countries that are seeking reconciliation in the wake of the past injustices of war and dictatorship, I noticed that religious leaders operated out of a different paradigm than secular ‘international community’ figures,” said Philpott. “I ultimately concluded that they had a different way of thinking about justice, which I call the justice of right relationship, which contrasts with the classical notion of the constant will to render another his due. The justice of right relationship can be applied not only to the context of countries dealing with past injustices but also to other contemporary issues in a liberal democracy such as race.”

The Voegelin Institute, named for one of LSU’s original Boyd Professors and a scholar of international acclaim and located in the Department of Political Science at LSU, is a humanities and social sciences research institute dedicated to exploring the ideas and questions that animated Eric Voegelin’s thought.

The Pugh Institute provides support for research and educational activities that promote justice for individuals in the administration of the criminal and civil justice systems in Louisiana and elsewhere.

From its founding in 1906, LSU Law has offered its students a legal education recognized for its high standards of academic excellence, an outstanding teaching and research faculty, and integrated programs in Louisiana civil law and Anglo-American common law. The Jack Miller Center, located in Philadelphia, supports Constitution Day programs and civic education initiatives nation-wide.