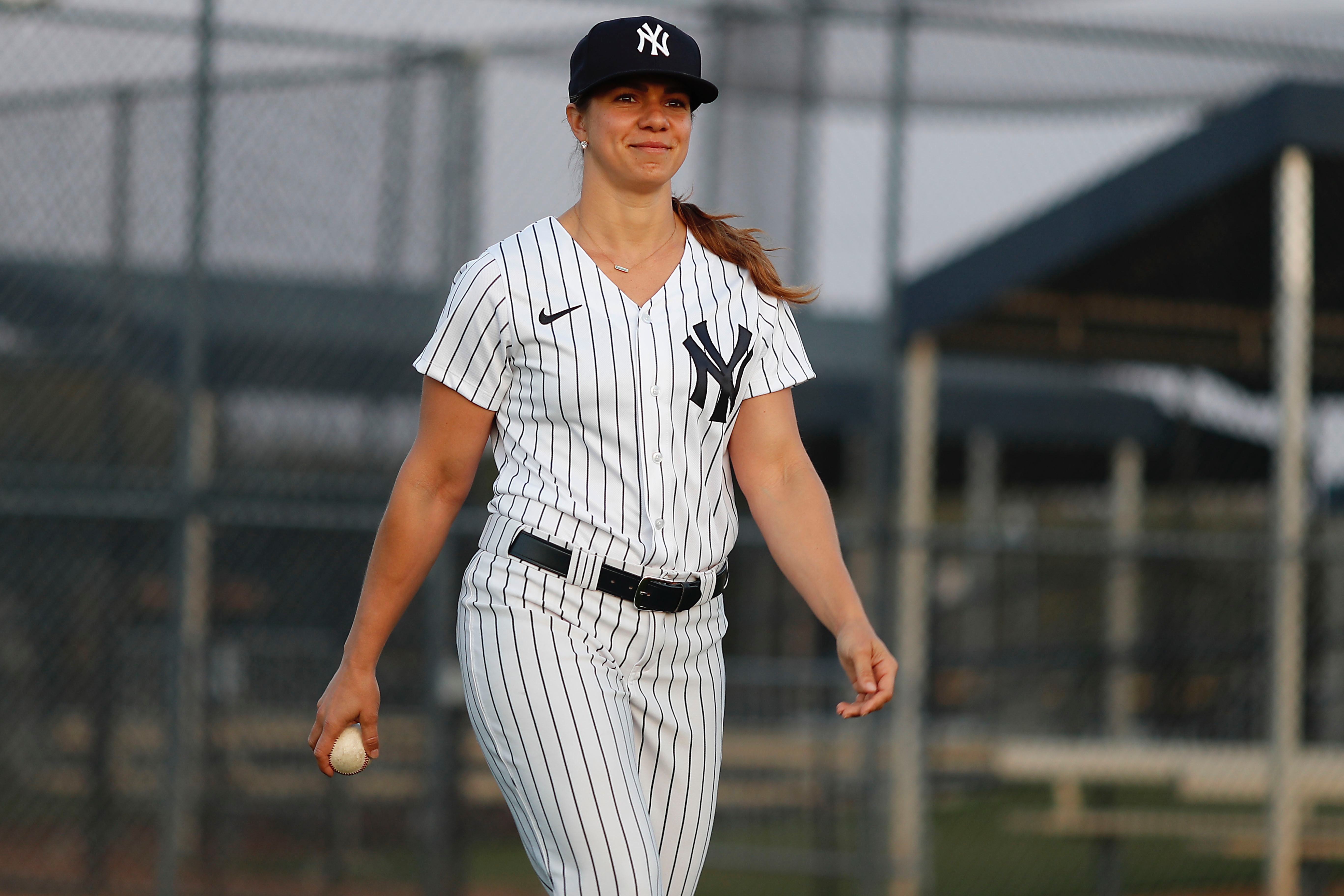 “LSU was an absolutely critical point in my career when I learned about elite level standards in championship programs. The coaches, players and professors all played a huge role in developing a foundation on which to build a career in professional sports. I gained the confidence I needed to be at the next level through the mentorship I received at LSU,” Balkovec said.

While studying at LSU, she was a graduate assistant strength and conditioning coach. Balkovec is no stranger to Yankees’ pinstripes. In 2019, she joined the organization as a minor league hitting coach—the first woman to hold that position in professional baseball history.

“Just being able to empower young people, and for me the vehicle is baseball. Being able to coach young men, and help them grow and mature as people, more so than anything else, that really is the dream. To be able to empower people and show people what they’re capable of. I’m not talking about hitting a white ball, I’m talking about what they’re capable of as humans. So I really think that is the dream. To give everyone the opportunity to maximize the potential,” Balkovec said.

After receiving a master’s degree in sport administration in 2012 from LSU, her coaching career started in minor league baseball.

“Then I quit at the end of 2018 and went back to school, this time to Amsterdam for a year and completed my research for that degree in Seattle. Then I was hired by the New York Yankees as a minor league hitting coach. It’s been quite a journey, a little bit different, but I wouldn’t take any of it back,” Balkovec said.