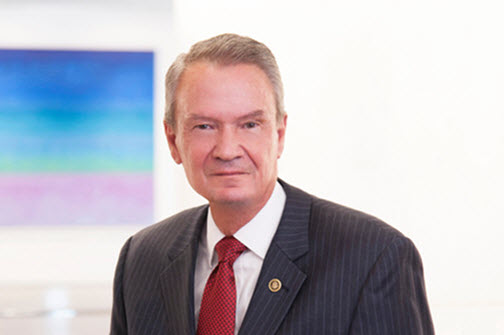 Former Sen. John Breaux, who served 33 years in the U.S. House and Senate, will teach a class at LSU’s Manship School of Mass Communication in the fall semester. His class, part of the school’s Political Communication concentration, will focus on how Washington works.

“I can’t think of a more knowledgeable person to teach such a course,” said Manship Dean Jerry Ceppos. “Sen. Breaux reinforces Manship’s reputation as the best school in the country for the study of media and politics.”

“I am excited to become a part of LSU’s Manship School of Mass Communication,” Breaux said.  “I hope to encourage young scholars to become involved in the political process while giving insight into how government works today and how we can improve it in the future.”

Breaux is senior counsel at Squire Patton Boggs, a global law firm based in Washington. He will teach a seminar in the fall semester and mentor students, including those in the school’s new program which allows students to complete an undergraduate degree in Mass Communication and a law degree in a total of six years. Breaux also will serve as a guest lecturer in other classes and will give presentations open to the public.

Breaux has a long-standing relationship with the Manship School. The Breaux Symposium, a program directed by the school’s Reilly Center for Media & Public Affairs, takes on a major public-policy issue annually in a forum that is open to the public. Breaux will work under the aegis of the Reilly Center, where he already is a senior fellow.

A native of Crowley, La., Breaux served as an assistant to then-Rep. Edwin W. Edwards. He was elected to fill the Seventh Congressional District seat when Edwards became governor. At age 28, he was the youngest member of Congress. He was reelected seven times to the U.S. House. Breaux was elected to the U.S. Senate in 1986, replacing Sen. Russell Long. He was reelected in 1992 and 1998.

Breaux was known as a bipartisan leader in the Senate and chaired the Centrist Coalition of Senate Democrats and Republicans. Fellow Democrats in the Senate elected him chief deputy whip. As a senior member of the Finance Committee, he played a big role in compromises that led to the passage of welfare reform and health-insurance reform and co-authored the Medicare Part D Prescription Drug Plan. He also served on the Senate Commerce, Science and Technology Committee.