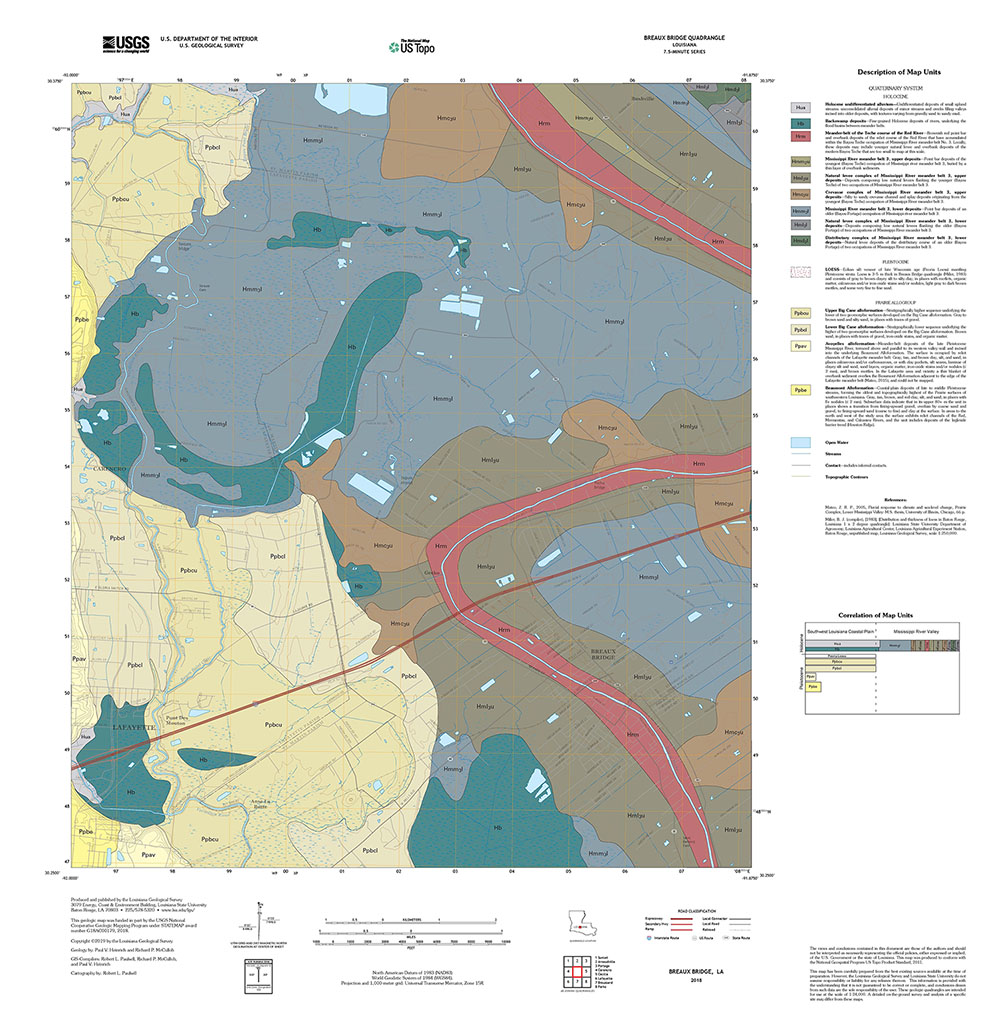 The Geologic Mapping and Mineral Resources Section of the LGS conducts investigations of the surface geology of Louisiana and renders the results in map format at intermediate and large scales (1:100,000 and 24,000k).

Surface geologic mapping projects conducted by the Louisiana Geological Survey during the past 25 years comprise 1:100,000 scale compilations of 30 × 60 minute geologic quadrangles and 1:24,000-scale field-mapped 7.5 minute geologic quadrangles. The vast majority of these mapping efforts were funded under the STATEMAP component of the National Cooperative Geologic Mapping Program, begun in 1993 and administered by the United States Geological Survey.

The principal goal of this program of geologic mapping for LGS initially was to prepare statewide surface geology coverage at 1:100,000 scale in 30 × 60 minute quadrangle format. This scale was emphasized because it is at the large end of the range of intermediate scales, and preserves abundant detail from source mapping done at larger scales while yet covering relatively large areas. By the close of FY 2013, LGS had completed 30 × 60 minute geologic quadrangle coverage of the entire state totaling 30 sheets, with a mix of published lithographs and draft open-file compilations.

Since the late 1990s LGS also has prepared 7.5 minute geologic quadrangles at 1:24,000 scale totaling 70 sheets. Sixty were prepared with STATEMAP support, and the other ten were prepared for the United States Army Corps of Engineers within the Fort Polk region, south central Louisiana.