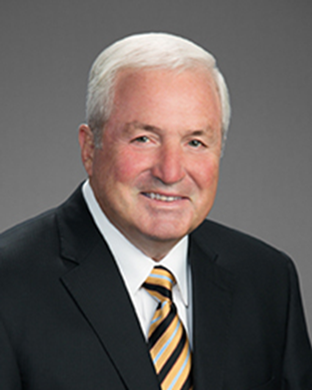 BATON ROUGE, LA – On Friday, Nov. 4, at 3 p.m. in the RoyOMartin Auditorium (PFT 1100), Rene R. Joyce will deliver a talk on lessons learned over the course of his five-decade journey in the energy industry.

Joyce, who earned his bachelor’s in mechanical engineering from LSU and a law degree from Loyola University in New Orleans, serves as a director of Targa Resources Corporation, a mid-stream company which he founded. Previously, he served as Targa’s chief executive officer (2005-2011) and executive chairman of the board (2012-2014). He was also a member of the supervisory directors of Core Laboratories (2000-2013) and the board of directors of Apache Corporation (2017-2021).

Prior to Shell’s acquisition of Tejas in 1998, Joyce was president of various operating subsidiaries of Tejas.

Speakers chosen for The Dr. Robert W. Courter Seminar Series are LSU mechanical engineering alumni who possess an exceptional level of achievement. The series serves as an opportunity to bring them back to the LSU College of Engineering, hear their career experiences, and induct them into the Alumni Achievement Award Lecture Club.