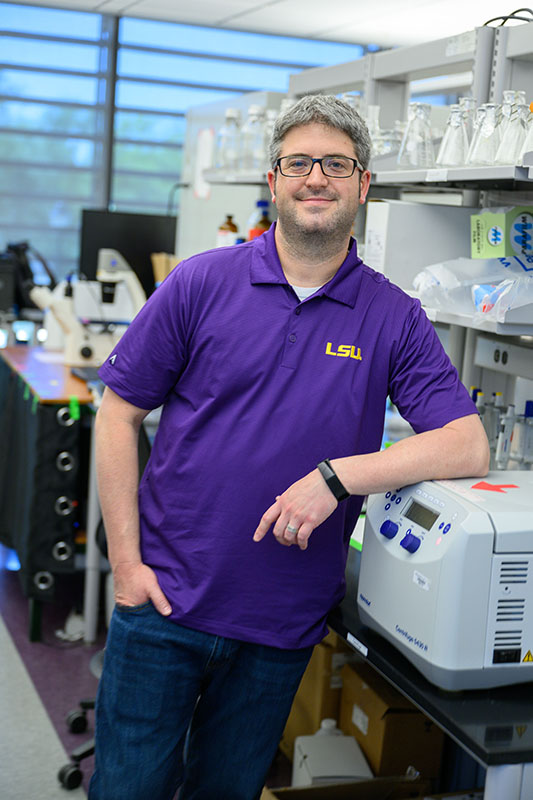 BATON ROUGE, LA – Though October is recognized nationally as Breast Cancer Awareness Month, LSU faculty and students are working every month to help combat the potentially fatal disease that has been projected to affect nearly 340,000 Americans this year.

In 2021, the LSU School of Veterinary Medicine received an $11 million grant to establish a Center of Biomedical Research Excellence (COBRE). Within that initiative, is the Center for Pre-Clinical Cancer Research (Cancer COBRE), which offers junior investigators the opportunity to work on four cancer research projects. One such project involves LSU Chemical Engineering Associate Professor Adam Melvin’s students and their research into 3D spheroids, or tiny tumors.

For the past three years, St. Joseph’s Academy senior Margaret Moe has worked on breast cancer research in Melvin’s lab in Patrick F. Taylor Hall. She became involved in the 3D spheroid project through her participation in the College of Engineering’s High School Summer Research (HSSR) internship program. Currently, Moe and LSU ChE graduate student Braulio Ortega Quesada are studying estrogen receptor positive (ER+) breast cancer cells in a hydrogel, rather than on a flat surface.

“Traditionally, we’ve studied cancer cells in 2D, like a thin layer in a petri dish,” Moe said. “But when you think about how cancer really behaves, that’s not accurate for any cancer in the human body. We’ve made these microfluidic devices, where we can manipulate small quantities of gels and cells to make 3D models that are more accurate for studying how cancer really behaves.”

“Typical research has cancer cells growing on this 2D flat surface,” Melvin said. “The problem is your body and breast tissue are not a 2D surface. What researchers found was that drugs that took place in a petri dish and were successful in the pre-clinical trials would fail once they put them in a mouse model, because cells behave differently in 3D.” 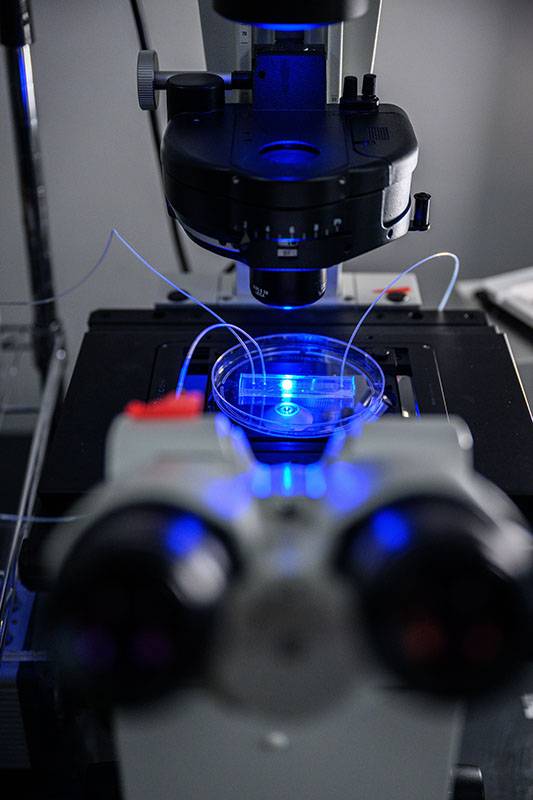 This led to a long collaboration between Melvin and LSU Department of Chemistry Professor John Pojman to develop the hydrogel and incorporate it into a microfluidic device.

By placing ER+ breast cancer cells in a hydrogel, Moe and Ortega Quesada are able to more accurately observe the 3D spheroids. Their system is able to grow nearly 300 spheroids per device to study the differences between them, how they respond to drugs, and how they grow. Melvin, Moe, and Ortega Quesada wrote a paper on their findings, which can be accessed by clicking here. The next step in the project is to use this system to study the complexity of breast cancer by examining how cancer cells talk to other types of cells in a breast tumor.

What they’ve discovered thus far is that rather than fight off the cancer cells, the stromal cells and immune cells started adopting a pro-cancer behavior as they grew in 3D, also known as the “bully effect” from a previous study described here.

“Cancer cells have their own extracellular matrix, which is how the cells communicate with each other,” Moe said. “When we flow the cells into the microfluidic device, they are separated while inside wells where they form a spheroid.”

After the cells grow for seven days or so, Ortega Quesada takes photos of them and stains them, which shows if they’ve grown or died or if they have released potentially pro-cancer proteins such as collagen, which the cancer cells grow around.

“The green light means the cells are alive, the blue is the nuclei, and the red part is the center,” Ortega Quesada said. “I like working on this project because we are developing a model to mimic accuracy.” 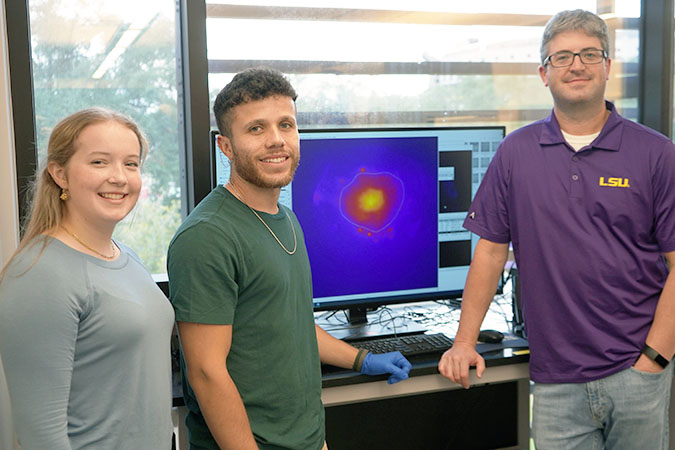 “We previously found that these ASCs confer drug resistance in breast cancer cells cultured in a 2D system, so we are really excited to see how they influence breast cancer in the 3D spheroids system,” Melvin said.

Moe, who won the Louisiana State Regional Science Fair and State Science Fair this year, says that working in Melvin’s lab has given her an appreciation for her high school courses.

“It’s really cool to see something that I’m studying is something that we can do in real life,” she said. “I can sit in my biology class and they can teach us about cancer but being able to work and see how it actually grows in the lab is a whole different experience. Being able to work with people who are pursuing higher education at different places around the country has been amazing—getting to see how they work and think. Dr. Melvin and his team have helped me so much to learn how to put what I know into practice.”