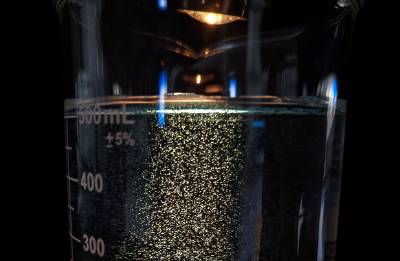 BATON ROUGE, LA – In a new paper by faculty and students in LSU Chemical Engineering and Chemistry published in ACS Environmental Au, the group details its research into the effects of weathering on microplastics and how it might increase pollutant uptake.

The issue at hand is that microplastics have become a new form of plastic pollution, reaching an alarming level worldwide. Commodity plastics are widely considered to be chemically inert, and alterations in their surface properties due to environmental weathering are often overlooked. This lack of knowledge has impeded their life-cycle analysis and fate in the environment.

Through its simulated weathering experiments, the LSU group was able to delineate the role of sunlight in modifying the physiochemical properties of microplastics.

“After 10 days of weathering, we found that microplastics, which were initially floating on the surface of the water, are now suspended in the bulk water,” Bharti said. “We hypothesized that the observed changes were due to photooxidation of microplastics, which we later confirmed by the infrared spectroscopy and contact angle measurements.”

“We also found that weathering-induced chemical changes occurring in microplastics could drive an increase in uptake of pollutants, such as lead ions on the surface of microplastics,” Brahana said.

“This is a significant finding in the context of the potential toxicity of microplastics. The next step of this work is to evaluate if and when these toxic chemicals could be released from the surface of microplastics,” Al Harraq added.

The work was supported by the Environmental Chemical Science program in the Division of Chemistry at the National Science Foundation. Read the full paper by clicking here.