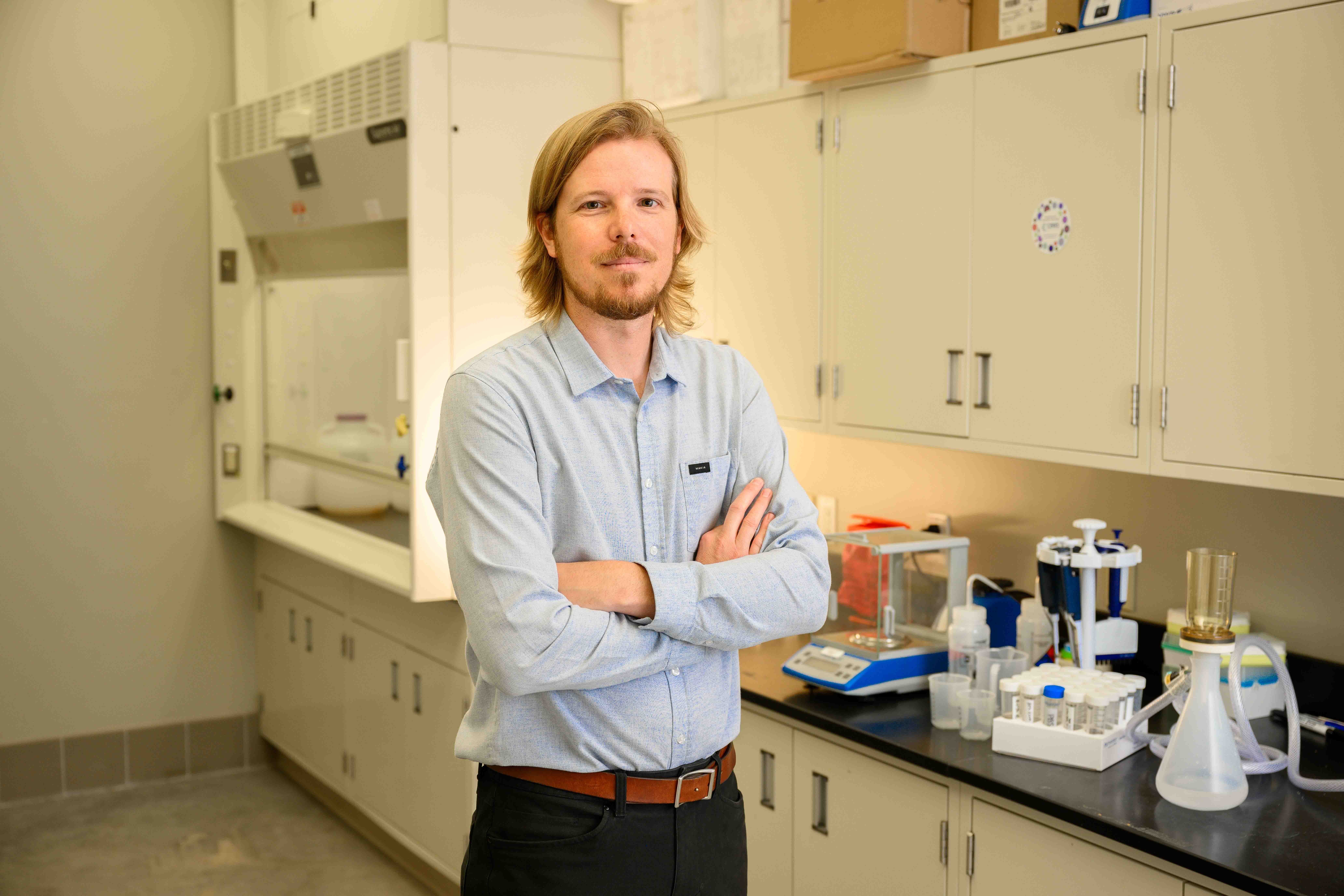 BATON ROUGE, LA – Even though temperatures will soar into the 90s this summer, Louisianans may want to think twice before jumping into a few local rivers to cool off. LSU Civil and Environmental Engineering Assistant Professors Aaron Bivins and Samuel Snow have a $497,000 grant from the U.S. Environmental Protection Agency to measure the amount of fecal contamination in two Louisiana rivers, find out where the contamination is coming from, and offer solutions on how to prevent it.

The Yellow Water and Natalbany rivers, which run between Baton Rouge and Hammond, have always been on the state’s Impaired Waters list for fecal coliforms, and neither river has ever met the standard for secondary contact recreation, such as swimming. This prompted Bivins and Snow to request the grant from the EPA. As part of their project, Bivins and Snow will take samples from eight sites along both rivers and measure the markers to figure out where the fecal material is coming from.

“The LDEQ (Louisiana Department of Environmental Quality) has some ideas about where it might be coming from, but I’ll be able to say if it’s human, pigs, deer or cows,” Bivins said. “By taking different measurements, we’ll be able to tell community leaders if half of the contamination is coming from human sewage and other percentages from animals.

“Traditionally, what we’ve done to measure water quality is measure E. coli or other bacteria, but the thing about E. coli is every warm-blooded mammal sheds the bacteria in their feces, so if you find it, it doesn’t tell you where to go to fix the problem. The advantage of source-tracking markers is to identify the exact source of the contamination.”

According to Bivins and Snow, many people who live near the Yellow Water and Natalbany Rivers use aerated treatment units for the waste at their homes, which means poorly treated sewage could be running into the rivers, with the possibility that much of it is discharged by non-point sources. Snow is using UV-LED technology in his lab to see if the water coming out of these wastewater systems can be disinfected.

“Septic tanks are normally used by those without a line to a sewer treatment plant, but these communities don’t have the option for a septic tank because the ground on their property may have a high water table or non-percolating ground,” Snow said.

Snow proposes creating a much smaller version of a disinfection unit by using UV-LEDs to break down the waste. 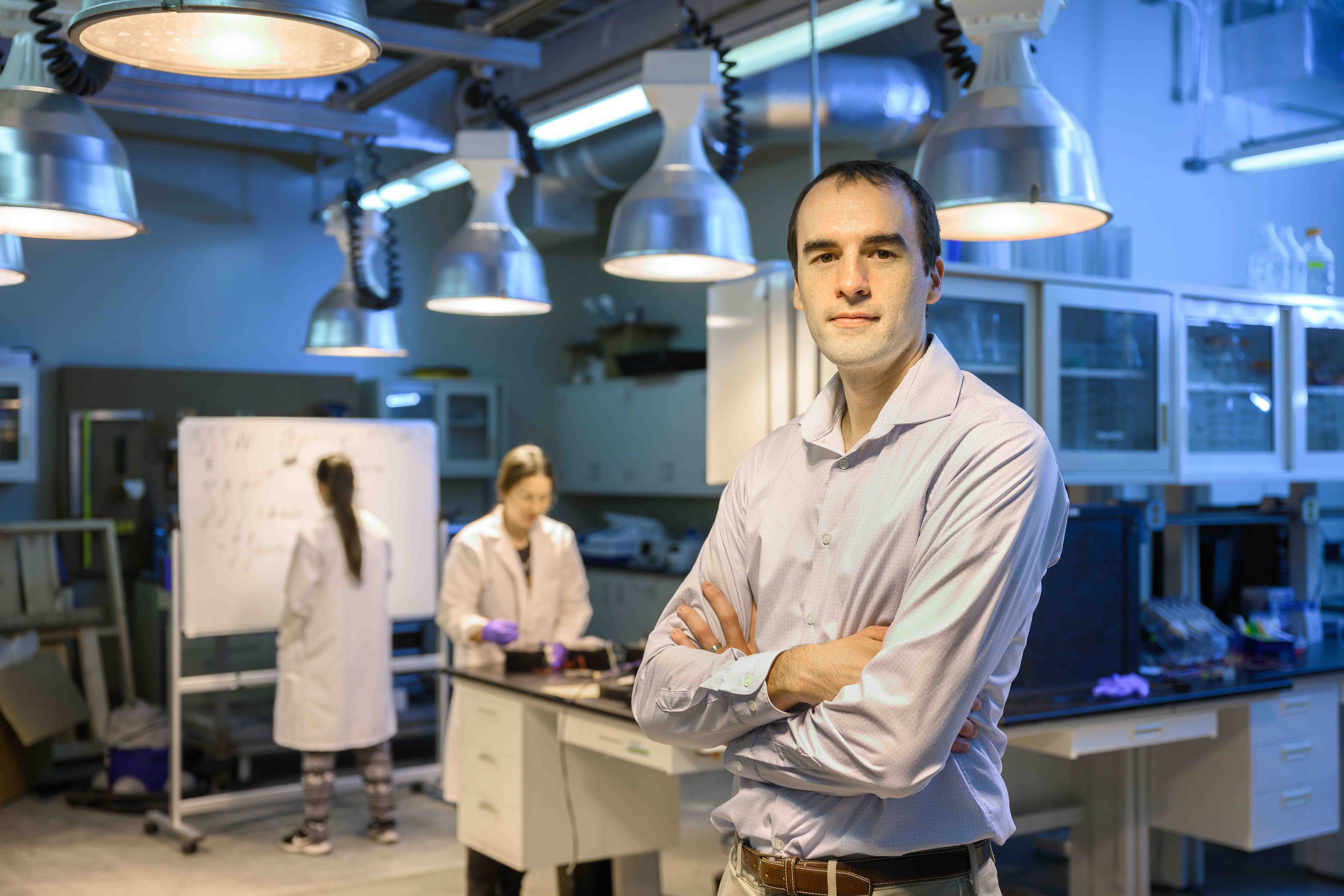 “DEQ regulates the big treatment plants but has no jurisdiction over private homes,” he said. “Louisiana Department of Health gets that task. Legally, homeowners are doing the right thing by dumping waste into their front yard or ditch. Our concept is to create a smaller, affordable, effective disinfection step that could handle a situation where the wastewater treatment system has not been maintained very well.”

Bivins and Snow are working with Pontchartrain Conservancy, based in New Orleans, whose reports show that there are as many as 500 permitted discharges into the rivers in and around Hammond. During previous studies, Pontchartrain Conservancy went to these waterbodies looking for discharges and found at least 80 more sources that were not permitted.

“Pontchartrain Conservancy will lead the community engagement work, and whatever we find gets fed back into the decision-making process and back into the community,” Bivins said. “One of the things that’s unique about this project is our engagement with local stakeholders and decision makers. We’re actually getting to work with Pontchartrain Conservancy and Tangipahoa Parish to answer questions that are most relevant to their needs. To be able to interface with the community in a way that’s practical and helpful is very rewarding.”

While Pontchartrain Conservancy has had several successful projects to improve water quality in Louisiana watersheds, it is excited to work with new, innovative approaches coming out of world-class research led by LSU.

“Onsite wastewater systems have long been problematic for Louisiana’s waterways and have been a contributing cause to the degradation in using these resources for recreation,” Pontchartrain Conservancy Executive Director and LSU College of Engineering Alumna Kristi Trail said. “What is incredibly exciting is the prospect that this research will have to identify sources and reduce the contribution of pathogens at the source.”

“It’s going to be great for everyone, not only in the U.S., but also in developing countries where a small-scale treatment system could actually be a big improvement,” Snow said. “It’s pretty rare for academics to have this opportunity, so we’re both very excited about this project.”

Bivins and Snow plan to meet with city officials one-on-one while the DEQ is currently working to improve the water quality in these watersheds.