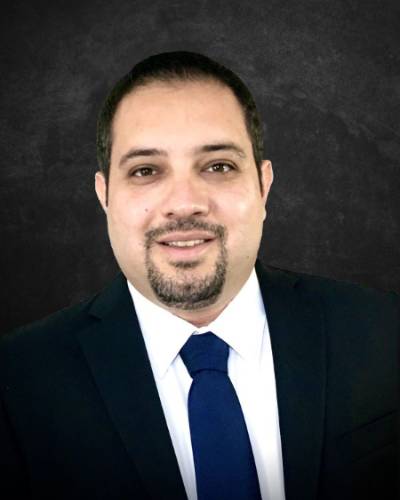 BATON ROUGE, LA – Construction 3D Printing (C3DP) is quickly becoming a new way of building thanks to researchers like LSU Construction Management Assistant Professor Ali Kazemian. Since 2014, he has researched C3DP and currently has four projects related to the study of this technology that will not only help the construction industry, but also make living on the Moon and Mars a reality.

C3DP is a large-scale, extrusion-based 3D-printing system designed for onsite construction or prefabrication of structures and structural elements that enables additive fabrication of large-scale objects directly from computer models. In other words, a computer designs a house, which is then printed using a large 3D printer that extrudes concrete, clay, geopolymer, or other building materials through nozzles to gradually build up a  house.

“C3DP has the potential to revolutionize the construction industry and to play a role in solving the global housing crisis,” Kazemian said. “It seems to be an ideal solution for massive construction of low-income housing around the world and for emergency construction by disaster relief agencies in areas devastated by earthquakes, floods, wars, and other natural or man-made disasters. One of the advantages of using C3DP is that a house can be 3D printed in one or two days instead of several months, and it offers design freedom and a higher degree of customization without any additional cost.”

3D-printed buildings, depending on the size and material, could be quicker and cheaper to build with a higher quality compared to traditional construction methods. Not only does C3DP offer more options for less money, it can also help decrease injuries and fatalities that frequently occur at construction sites.

“Each year, around 400,000 workers are seriously injured, and more than 1,000 workers are killed doing construction in the U.S. alone,” Kazemian said. “C3DP technology eliminates such hazards and fatalities while reducing a worker’s exposure to hazardous and airborne substances, such as dust and chemicals.”

Thanks to a grant from the Louisiana Space Grant Consortium (LaSPACE), in collaboration with NASA, Kazemian is serving as the project investigator on an initiative to advance C3DP technology for automated construction of inhabitable buildings for humans on the Moon and Mars.

“To promote a long-term, sustained presence on the Moon and then Mars, planetary surface construction technologies are needed to build a variety of supporting structures, such as habitats, radiation shields, protective hangars, and launching and landing pads,” Kazemian said.

Many of the proposed methods for construction on the Moon and Mars involve transportation of structural elements from Earth and assembling them at the destination, which require risky extravehicular activities by astronauts. Kazemian said this approach is expensive, potentially unsafe, and has limitations with respect to the size of structures.

“Even transportation of only the construction materials from Earth is costly,” he said. “It’s estimated that launching 1 kg of materials to the surface of the Moon costs at least $100,000. A cost-effective and efficient alternative is to use in-situ resources in combination with robotic construction technologies to build structures on the planetary surfaces. C3DP has the potential to build safe, reliable, and affordable Lunar and Martian structures even before the arrival of human beings.”

Kazemian’s research is focused on special C3DP construction systems that are fully automated and exploit in-situ resources, such as Lunar regolith as the construction material. Using his own C3DP system that he designed and developed in his aptly named “rəcast” lab, Kazemian and his research team will 3D print specimens using materials that are found on the Moon and Mars and send these to NASA Marshall Space Flight Center for further characterization and testing.

“We are very excited and grateful for the support and the opportunity to collaborate with NASA scientists like Mr. Mike Fiske and Dr. Jennifer Edmunson,” Kazemian said.