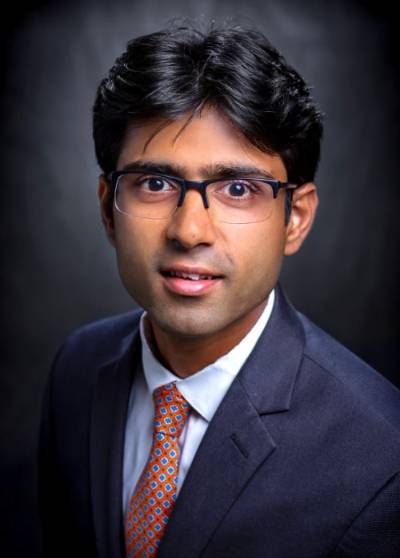 BATON ROUGE, LA – In Louisiana, 12 percent of the 13,000 bridges that facilitate movement of people, goods, and services are load posted. That means they lack the strength to safely carry all legal loads.

In turn, this has an adverse effect on the state and regional economies, as heavy trucks needed for transport are forced to take detours, leading to delays and higher costs. Additionally, poor infrastructure like load-posted bridges can be a deterrent to industries considering an investment in Louisiana and the surrounding region.

Working to address this issue is LSU Civil and Environmental Engineering Assistant Professor Sabarethinam Kameshwar and his students Md Manik Mia and Sai Bandaru. The goal of their current project is to quantify the number of load-posted bridges in Louisiana for the next 50 years by combining machine-learning techniques, physics-based deterioration models, and probabilistic methods. This will allow them to develop a tool that can be used to determine the number of posted bridges in the future and identify key parameters whose values are indicative of load posting.

“Understanding why bridges become load posted and identifying bridges that may become load posted in the future can help bridge owners to estimate and allocate resources to better maintain and possibly strengthen these bridges to avoid load posting in the future,” Kameswhar said. “Since 1992, the percentage of load-posted bridges in Louisiana has a V-shaped trend. Initially, a larger number of bridges were load posted, which decreased in the mid-to-late 2000s, and then the number started rising again.”

So far, Kameshwar and his group have learned that bridges owned by the Louisiana Department of Transportation and Development fare better than those owned by private entities. Some bridge types, such as pre-cast concrete slab bridges and timber trestle bridges, have factors that make them more susceptible to load posting. LADOTD is phasing these out and not using them for new bridges.

The project is expected to be completed in February 2022 and is supported by a grant from Tran-SET, a collaborative partnership led by LSU among institutions in Arkansas, Louisiana, New Mexico, Oklahoma, and Texas.