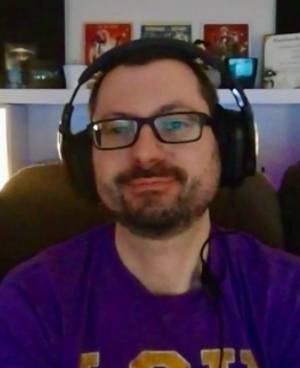 October 13, 2020 BATON ROUGE, LA – The consoles and controllers may have changed, but the game remains the same. For decades, young adults have fallen in love with playing video games, a passion now referred to as gaming, with more than 2.5 billion gamers across the globe. One of those billions is LSU Digital Media Arts & Engineering alumnus Seth Perlstein, who “leveled-up” his passion for gaming by becoming a 3D artist.

Initially, Perlstein thought he would become a user interface (UI) designer, a skill he honed during his first two semesters in the LSU DMAE program. The 3D component was challenging to him, but he says he turned a corner during his second semester.

“At first, it was a struggle to grasp the concept of 3D, but I really fell in love with it and haven’t looked back,” he said. “My favorite part of the process is how you have creative control with constraints, but within those constraints, you get to improve and make something beautiful and start the process again while assessing what you did and how you could do it better. I love the progression. It’s sort of a microcosm of life.”

Just three months after graduating with a master’s in DMAE in May 2019, Perlstein went to work in the New Orleans satellite office of High Voltage Software, a video game studio based in the Chicago suburb of Hoffman Estates, Ill. High Voltage has created nearly 100 games since its inception in 1993, including “Mortal Kombat 9-11,” “Ballista,” “The Walking Dead: Saints & Sinners,” “Tournament of Legends,” “Iron Man 2,” and the ever-popular “Fortnite.” His latest 3D work can be seen in “Fortnite: Save the World” in the form of the Supersonic Slasher and Undercover Buzz Back Bling worn by Undercover Buzz, a female Outlander Class hero.

“I take designs and concepts that the designers mock up in 2D and translate them into a 3D model that goes in the game,” he said.

For those unfamiliar with “Fortnite,” the game has won countless awards in the four years it has existed, including Choice Video Game at the Teen Choice Awards. It also swept every category it was nominated in at the 2018 Gamers’ Choice Awards. Analysis firm SuperData Research estimates that “Fortnite” brought in a total revenue of $2.4 billion in 2018 and saw 125 million players participate in “Fortnite Battle Royale” the same year. The game has become a cultural phenomenon, with several celebrities saying they play it and athletes using “Fortnite” emotes as victory celebrations. 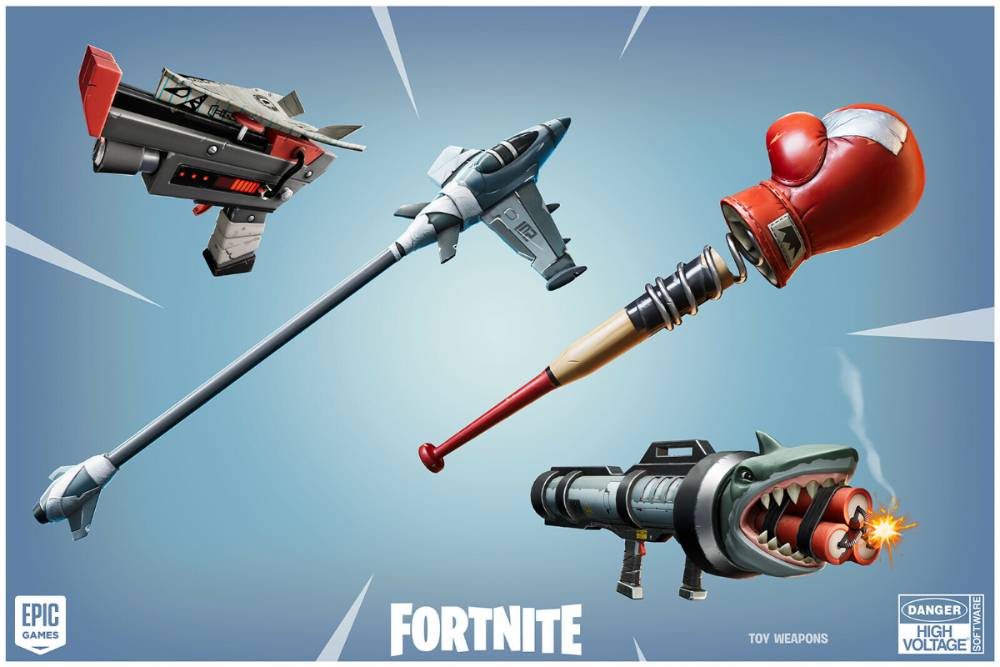 Perlstein himself wasn’t totally set on being involved in the gaming industry, though he loved video games. His first gaming device was the Atari 2600 (created in 1977), which was a black console with wood trim and what Perlstein calls, “a primitive space shooter game” with a crosshair and dots that represented stars. He then transitioned into the Nintendo Entertainment System and Sega Genesis, the latter of which he loved playing John Madden Football on. The last console he owned was the first PlayStation. Around 2000, he got into PC gaming and started building his own gaming PCs.

A native of San Francisco, Perlstein received his bachelor’s degree in journalism from Long Beach State University and started doing page layout and web design in 2014, three years before he enrolled in the LSU DMAE program.

“I wanted to work in the gaming industry but had never done anything with art,” he said. “I thought I could take my 2D skills and get into UI design for video games.”

Even Perlstein realizes how fortunate he is to have found such a great job so quickly and one that he doesn’t take for granted.

“It happened a lot sooner than I expected,” he said. “I really like working at High Voltage. There are a lot of really collaborative people. I’ve had a really positive experience and have learned a lot.”

Perlstein also loves living in South Louisiana, even though it may not yet be considered a mecca for gaming technology like northern California or coastal Washington.

“I love living in Louisiana, and I love the Gulf Coast region,” he said. “I think it’s beautiful, affordable, and filled with great people.”

As for his professional trajectory, Perlstein’s working to “be the best artist I can be,” he said.