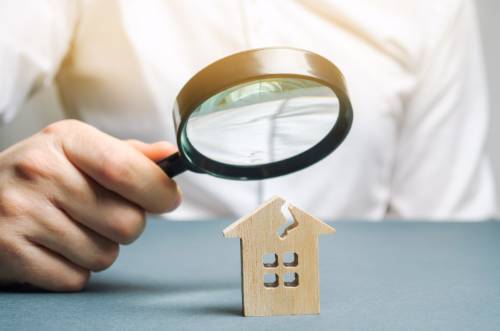 BATON ROUGE, LA – The first question most Southerners are asked after a hurricane hits the Gulf Coast is “why not move?”

Natural disasters can strike anywhere at any time, so there really is no escape. The important thing is to know the risks associated with living where you want so you can be better prepared when disaster strikes. In order to help residents make informed decisions about which house to buy or rent, LSU Construction Management Associate Professor Carol Friedland is researching how to gather and disseminate information on risks associated with property.

The project aims to advance community resilience by improving people’s understanding of risks and their willingness to undertake hazard mitigation when choosing where they live. Friedland’s contribution to the project will study flood mitigation and vulnerable populations.

“This has been a decades-long conversation that has finally come to fruition,” Friedland said. “This project is trying to look at housing as a potential first line of defense for these hazards and educate homeowners and communities on what their hazard risk is and how they could build more resiliently to safely stay in their homes.”

In essence, the project would provide a hazard score that lets residents know what the risks are when buying a home or tell them how they can improve the home they are already living in. Much like large household appliances have energy-guide costs listed on them, so would a piece of property.

“Everyone understands dollars better than just a five-star rating on a house,” Friedland said. “What does a five mean? For the 2019 Louisiana Hazard Mitigation Plan update, we calculated annual average losses for all the hazards for each census block. That info is in dollars. You will know the average annual operation cost. So, you as a consumer get to make a decision based on the purchase price and operating cost. That’s what I’m advocating for. Then, we would be able to look at real dollars and what the distribution is like across the study area.”

Other things Friedland and the team are looking at are construction costs and insurance. Though construction companies would argue that building homes to protect against hazards would be costly, Friedland says it’s necessary.

“We need to break the cycle and start building new homes better,” she said.

She also says that insurance companies and state leaders should offer incentives for those who build fortified homes.

Home appraisals are another issue that Friedland is working on through a separate project funded by Louisiana Sea Grant. For instance, a home on a hill should not be appraised at the same price as a home in a flood zone that is the same square footage. Friedland and her group are also evaluating renters who aren’t allowed to change their roof or make other changes to the home.

Though the project has three more years before it reaches completion, Friedland is thrilled about the path they are on.

“One of the things that’s really exciting about this project is the diverse group of researchers we have working on it,” she said. “For example, we are giving information about mitigation costs and options to social scientists who then do choice experiments with citizens. So, if given these choices, which one would you pick? It’s not just an engineering project. It really looks at the social science, consumer preference, and how they prefer the information to be displayed.”