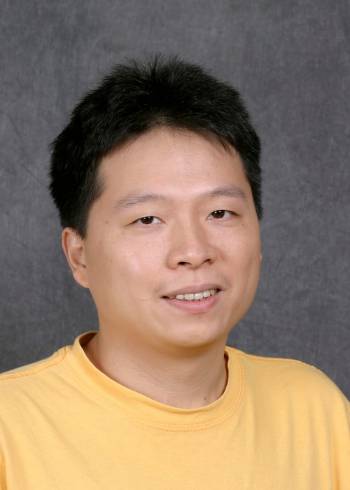 “Both patents are for enhancing the performance and programmability of GPUs,” Peng said. “Recently, GPUs are used in many areas such as High-Performance Computing and Deep Learning with thousands of threads running concurrently. On the other hand, handling the large number of threads correctly is not an easy job. This blocks the productivity of software developers.

“In these two patents, we introduce hardware transactional memory that is a complex conflict-detection system and remains as a black box to the programmer but guarantees forward progress and, thus, deadlocks cannot arise. This will improve the programmability and maintain high performance for GPUs.”

Their first patent is for research titled, “Enhanced Performance for Graphical Processing Unit Transactional Memory.” The computing system includes a plurality of Single Instruction Multiple Thread (SIMT) cores and a conflicting address table (CAT) for each core. The CAT stores word addresses for reads and writes correlated with flags indicating whether a corresponding word is written or read by a committing transaction.

“Snapshot Isolation (SI) is an established model in the database community, which permits write-read conflicts to pass and aborts transactions only on write-write conflicts,” Peng said.  “With the Write Skew Anomaly (WSA) correctly eliminated, SI can reduce the occurrence of aborts, save the work done by transactions, and greatly benefit long transactions involving complex data structures.”

Embodiments include a multi-versioned memory subsystem for hardware-based transactional memory (HTM) on the GPU, with a method for eliminating the WSA on the fly, and incorporates SI. The GPU HTM can provide reduced compute time for many compute tasks.

Both patents were possible thanks to research that was supported in part by the National Science Foundation.