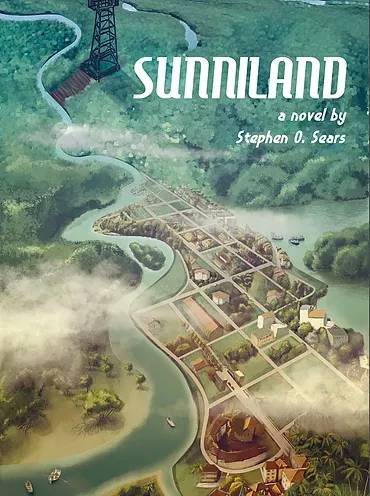 BATON ROUGE, LA – After writing technical and scientific articles on geology and engineering for most of his career, Stephen O. Sears was ready to spread his wings and write about something different, yet somewhat familiar.

The former LSU Craft & Hawkins Department of Petroleum Engineering chair, who grew up fishing and boating off of the Florida Keys, decided to combine his interest in a certain “boat” with his knowledge of an unusual oil discovery to create his first piece of historical fiction, “Sunniland.”

“I always wanted to write a novel and the combination of the WWII U-boat assault and the discovery of oil in the Everglades seemed to be an interesting story,” Sears said.

Sears, who served as the LSU PETE department chair from 2005 to 2011, began writing the book after his retirement from LSU in 2017.

In “Sunniland,” he recounts the German U-boats (submarines) that sank more than 100 tankers in the Gulf of Mexico and Caribbean Sea in the early 1940s during World War II, an action that blocked the flow of crude oil to U.S. refineries. In response, the U.S. government encouraged oil drilling in South Florida, resulting in the discovery of oil by a wildcat well in the Everglades. This real-life scenario serves as the backdrop for a fictional character, a young geologist from Manhattan named Jerry MacDonald, who has been dispatched to South Florida to interpret the geological findings as the well is drilled. MacDonald and his wife, Maria, move to the small town of Everglades City, where they face the challenge of setting up a rig in the marsh. The U-boat rampage taking place in the nearby Gulf of Mexico collides with the MacDonalds, the drilling crew, and the inhabitants of the Everglades to make for an interesting tale.

“My interest in the German U-boat campaign originated in 2001, when I was on an oil field vessel that discovered the sunken U-166 on the Gulf of Mexico seafloor in mile-deep water near the wreck of the torpedoed freighter Robert E. Lee,” Sears said. “I was the Shell Deepwater Development manager in 2001 and we were installing a new project in 5,000 feet of water south of the Mississippi Delta. It was a record-setting technological outstep in a number of ways. The water depth and the concept of a floating central production platform with several fields linked to it was a novel concept at the time.”

One of the steps necessary to completing the project, called Nakika, was to install a pipeline from the floating platform to shore. Prior to doing this, a side-scan sonar survey was conducted to determine the location of any shipwrecks or other seafloor hazards. During the survey, a remote-operated vehicle discovered the sunken U-boat. Suspecting it was the U-166, Sears and his crew contacted the U.S. federal government, which then contacted the German Embassy. Permission was granted for the crew to take a look at the U-boat without disturbing it, which they did using a Shell-owned ROV to make the descent and come back with video footage.

“The U-166 was sunk by a U.S. Navy patrol boat in 1942,” Sears said. “The Navy thought, at the time, that it had escaped and its whereabouts were unknown. We were the first people to observe the U-166 in 59 years. If you are a scuba diver and used to seeing shipwrecks in shallow water, exposed to sunlight and higher water temperatures, you might be surprised by the relative lack of marine growth on the U-boat.

“The water temperature is close to freezing year-round and the depth eliminates the light needed by most organisms. The damage from the depth charge that sank the submarine is evident in the picture of the hull, showing the crushed-in deck. I thought about what it must have been like for the crew, trapped inside as the U-boat descended.”

Much of the U-166 footage and findings are now documented and preserved in the National WWII Museum in New Orleans. The U-166 has been designated as a war grave entombed with more than 50 U-boat men. It is protected against any future attempts to salvage it.

Almost as interesting as the U-166 is the real-life discovery of oil in the Everglades that plays a part in “Sunniland.”

“I seem to get more comments about the U-166 because people didn’t realize how close the war came to Louisiana and Florida,” Sears said. “Very few people are also aware that there are oil fields in Florida.”

The name of Sears’ book comes from the only geologic formation known to contain oil in the Florida peninsula—the Sunniland Limestone.

“The occurrence of oil in peninsular Florida is restricted to fields in the southernmost part of the peninsula,” Sears said. “Unfortunately, this is in the most environmentally sensitive portion of the state, below the beautiful wetlands of the Florida Everglades. The technology of fracking has made new hydrocarbon development of this area economically feasible. Eventual development, or lack of it, will depend on societal forces and political will.”

“Sunniland” is available at Barnes & Noble Booksellers and on Amazon.com.