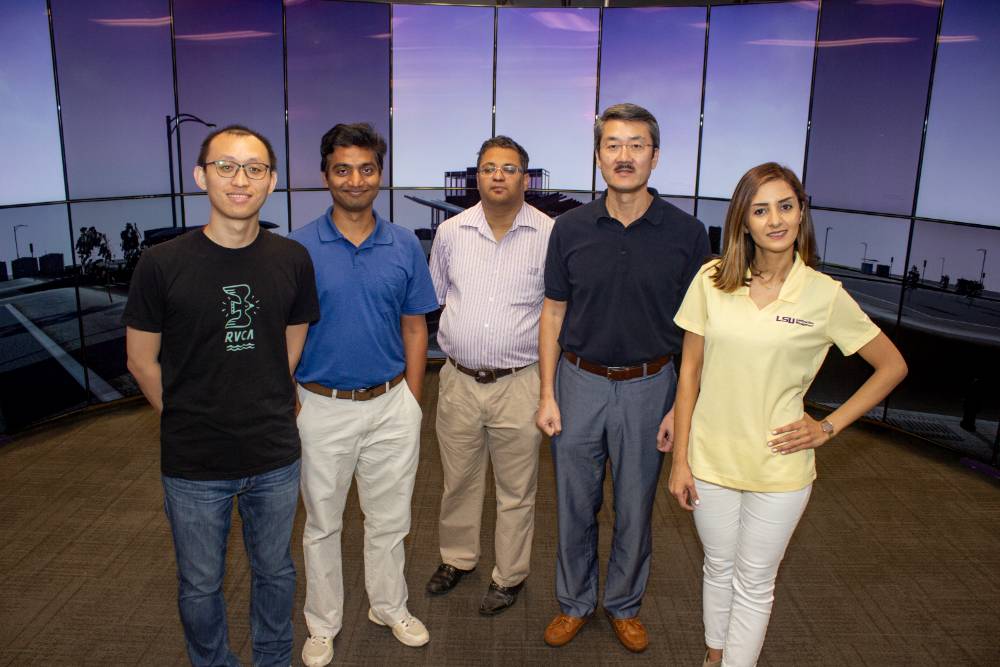 BATON ROUGE, LA – As wonderful as it may be to live in Baton Rouge, there is no hiding the fact that traffic in the capital city can be a nightmare. Route choice is a daily decision made by drivers based on a number of factors.

A team of LSU faculty, led by LSU Computer Science and Engineering Associate Professor Supratik Mukhopadhyay, is conducting a study aimed at understanding this decision-making process through the use of virtual reality tools and statistics that will provide government agencies, such as the Department of Transportation and Development, with the ability to make well-informed, model-based decisions and policies.

“The overarching goal of this project is to develop a powerful computation and analytic framework that integrates machine learning-based models with an immersive virtual environment to improve the predictive power of existing models for traffic routing and resource allocation and deployment of resources,” said Mukhopadhyay, the project’s principal investigator. “We will take into account contextual factors affecting human interaction with highway infrastructure.”

Current route choice models are calibrated using static contextual conditions, according to Mukhopadhyay, and do not take into account dynamic travel time, accessibility to the nearest freeway, traffic incidents, and road closures due to emergencies.

“As a result, the models can only make predictions at an aggregate level and for a generic set of contextual factors,” he said. “High-fidelity models that are based on rapidly evolving contextual conditions can have a huge impact on smart and energy-efficient transportation.”

“Half of the scenarios had an emergency input,” said LSU Construction Management Instructor Sanaz Saeidi, who is assisting with the project and conducted the driving experiments. “The other half were like, ‘Relax, you’re going home.’”

The driving environment’s design is based on Interstate 10, starting from the Mississippi River Bridge all the way to College Drive in Baton Rouge. Along the way, five alternate routes were introduced to the participant—Exits A, B, C, D, and E, the latter of which would be College Drive.

Prior to the experiment, participants were presented with a questionnaire asking what their top concerns were while stuck in traffic. Their choices included hours of extra travel time, speed reduction, urgency, monetized value of delay, additional vehicle operating cost, familiarity with the area, and concerns about spending less money on gas.

“The information goes into a model that determines the best route for the population in one area,” said LSU Civil Engineering Assistant Professor Ravindra Gudishala, who is a co-PI on the project. “We are aware of general factors that motivate our choices. All the models that currently exist take these factors into consideration and predict route choices, but they’re not working out well. We came to the consensus where we thought that having contextual factors would improve that model and make better predictions.”

Gudishala says that all five team members, who come from three different fields of engineering, found similar experiences of hitting a wall when trying to use predictive factors in a forecasting model.

“We are trying to see if having contextual factors would improve that and give us more robust results,” he said. “If we succeed, we want to apply this to hurricane evacuation.”

With hurricanes and traffic being two things you can count on in Louisiana, the results of this project will certainly be beneficial.