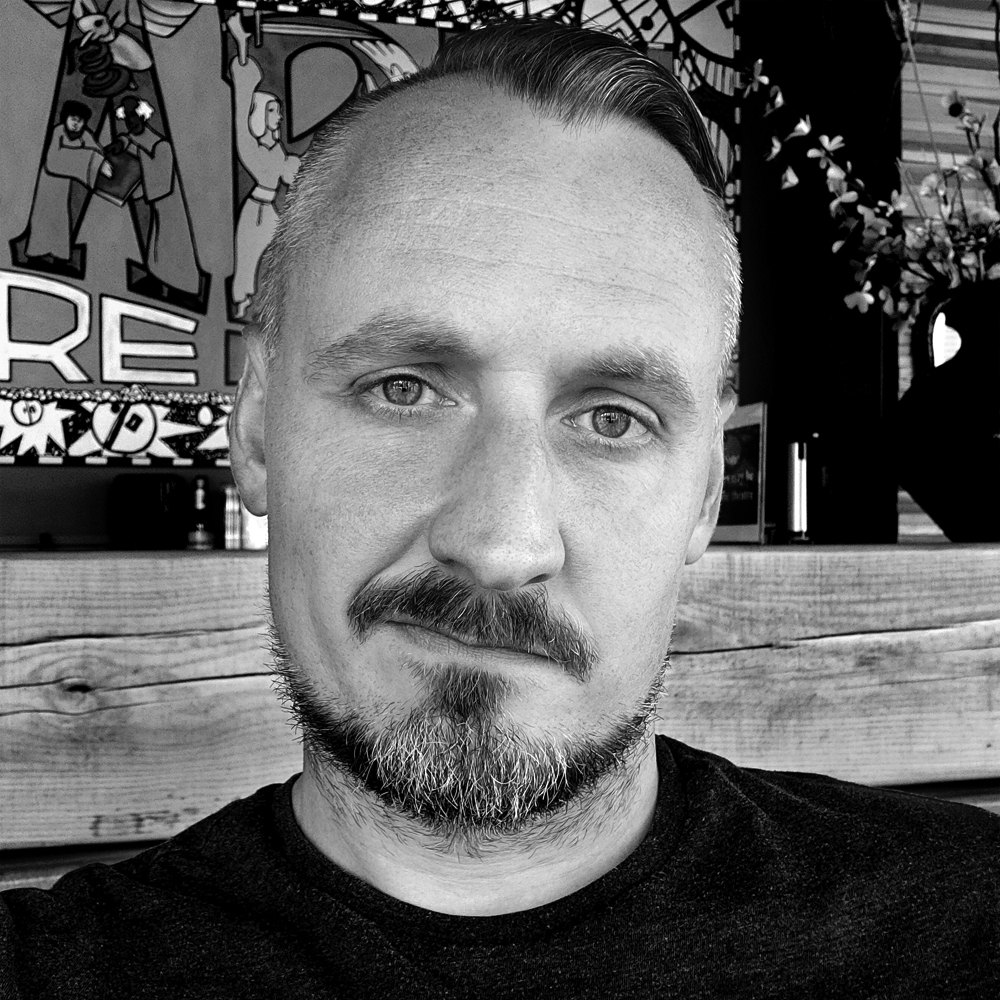 Jason Jamerson (Assistant Professor of Virtual Production and Immersive Media) is a multidisciplinary artist working at the intersection of experiential narrative and the forefront of digital media, including Virtual Production, XR, and A.I. assisted Production Design.

Jason holds a joint appointment in the School of Art and the School of Theatre, teaches class related to film production, animation, game design, VFX, and digital asset creation, works collaboratively in the XR Studio in the Digital Media Center, and pursues research related to computer simulations of digital environments for media and design practice.

Jason worked in New York City for eleven years as a Production Designer, Assistant Designer, and VFX, modeling, and compositing artist. He received his MFA from the University of Arizona’s School of Theatre, Film, and Television. He taught Scenic Design and Virtual Production in Nebraska for three years, where he led the New Paradigm Media Committee, before coming to LSU.

He is passionate about developing artists who explore authentic, driven storytelling and the rapidly changing toolset we use to create it, including digital environments, animation, game engines, virtual film studios, and A.I.