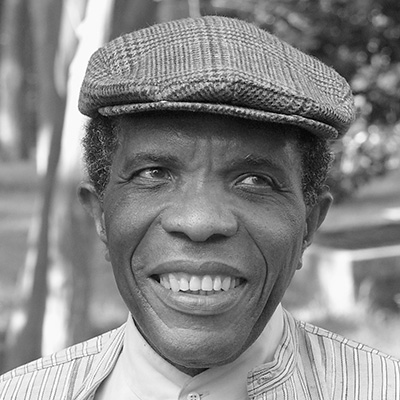 Louise and Kenneth Kinney Professor of Black Drama and Playwriting

Femi Euba received an M.A. in Afro-American Studies and an M.F.A. in Playwriting and Dramatic Literature from Yale University. He also earned a Ph.D. in Literature at the University of Ife, Nigeria. He has acted and directed professionally in Nigeria, London, and the United States. Professor Euba holds a joint appointment in the departments of Theatre and English. He has written numerous plays for BBC Radio. His book Archetypes, Imprecators, and Victims of Fate was published by Greenwood Press in 1989 and his award-winning, full-length play The Gulf was published by Longman (Nigeria) Ltd. His playwriting text Poetics of the Creative Process: Organic Practicum to Playwriting was published in 2005 by University Press of America.

A selection of his plays is published in a database collection BLACK DRAMA by Alexander Street Press—these include, among others, The Eye of Gabriel, which had its premiere production at LSU Theatre in 1998. He has also acted with various professional theatre companies in England, Nigeria and the U.S. A consultant in African drama and theatre, he has had numerous workshops and lectures on the subject, especially on plays by Wole Soyinka.

A recipient of the LSU Alumni Association Faculty Excellence Award and the LSU Distinguished Faculty Award, he has worked variously with the 1986 Nobel Laureate for Literature Wole Soyinka, including Soyinka’s presentation of his long poem, Samarkand, in 2005 at the Shaw Center in Baton Rouge.