About the Hall of Distinction Ourso Alumni 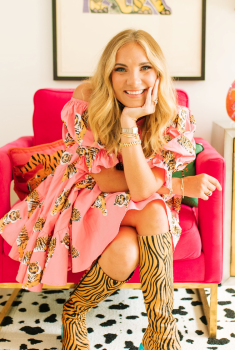 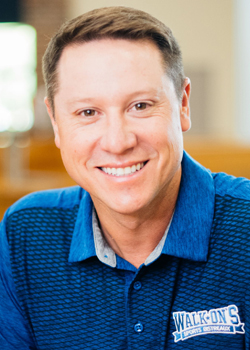 The LSU E. J. Ourso College of Business is proud to announce the 2022 Hall of Distinction inductees—Scott R. Brakebill and Brandon Landry. In addition, this year’s Outstanding Young Alumni Award recipient is Jaime Glas. The college will honor Brakebill, Landry, and Glas at a banquet on Thursday, October 6, at the Business Education Complex.

Scott Brakebill (photo unavailable) is the founder of Lagniappe Capital and co-founder of Conversion Partners. Previously, he held positions at Morgan Stanley & Co. and Bank of America. He is also a member of the LSU Foundation Board of Directors. Brakebill’s vision and generosity helped establish the Lagniappe Internship Opportunity Fund within the E. J. Ourso College. This fund allows more business students access to internships by reducing financial barriers that can come with accepting an internship, like travel or temporary moving expenses, low-paying or unpaid positions, and expenses associated with living in a major metropolitan city.

Brakebill earned a Bachelor of Science (1979) from LSU and a Master’s in management (1983) from Northwestern University’s Kellogg School of Management.

Brandon Landry (pictured left) is the Founder and CEO of Walk On’s Sports Bistreaux. Under Landry’s leadership, Walk On’s has expanded from a “local favorite” to a national brand, bringing a taste of Louisiana across the country. With 66 restaurant locations currently open and over 150 more restaurants in the pipeline, Landry continues to push the limits of possibilities and success for the brand. Landry is a member of many organizations, including the National Restaurant Association, Young Presidents’ Organization, and the LSU L Club. He serves on the board of directors for the BREC Foundation and the Make a Wish Foundation and is a regular guest entrepreneur and lead presenter at universities, businesses, and conferences.

Landry holds a Bachelor of Science in management (2001) from LSU and resides in Baton Rouge, LA.

Jaime Glas (pictured right), otherwise known as “The Queen of Sparkles,” is the founder and owner of Queen of Sparkles, a clothing and accessory brand based in Baton Rouge. Since its founding in 2021, Queen of Sparkles has expanded rapidly and is now sold in over 600 stores worldwide and employs many current and former LSU students. Before launching Queen of Sparkles, Glas bridged her experience as an engineer and love of fashion by creating the brand HauteWork, the first female-focused, flame-resistant clothing company in the U.S. HauteWork was acquired in 2019 by National Safety Apparel, allowing Glas to set her sights on developing her namesake brand.

About the Hall of Distinction

Established in 1996, the E. J. Ourso College of Business Hall of Distinction recognizes individuals who make significant contributions in the areas of business, academia, or government as well as their community. The Hall of Distinction induction is not limited to LSU alumni, but nominees should have a formative connection with the college.

​​In addition to the Hall of Distinction, the college annually presents an Outstanding Young Alumni Award. This honor recognizes one E. J. Ourso College alum whose early accomplishments distinguish them as an upcoming leader in their profession.