The Effect Caffeine Might Have on Your Shopping Trip and Wallet 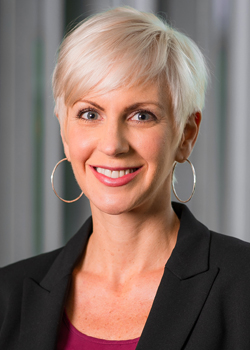 It’s that time of year again: back-to-school shopping season! At the end of every summer, parents pack their kids in the car and head to a crowded Wal-Mart or Target to search for sales on school supplies for the upcoming academic year. The one thing that gets most parents through this annual ritual is a boost from their favorite caffeinated beverage before shopping. But have you ever wondered how this much-needed energy jolt might affect your spending habits? Are customers prone to impulsive purchases after consuming caffeinated beverages like coffee, tea, or soda?

Interestingly, the study finds that drinking a caffeinated beverage before shopping leads to more items purchased at the store and increased spending. It also shows that the effect of caffeine is stronger for “high hedonic” products such as scented candles, fragrances, and décor items and weaker for “low hedonic” products such as notebooks, kitchen utensils, and storage baskets.

According to the researchers, “understanding how and why caffeine consumption influences spending is important since caffeine is one of the most powerful stimulants that is both legal and widely available.” About 85% of Americans consume at least one caffeinated beverage daily, with coffee being the primary source of caffeine, followed by tea and soda. Caffeine is also found in energy drinks, chocolate, and many over-the-counter and prescription medications.

Several studies have demonstrated that caffeine intake enhances arousal, which is experienced as a state of activation and alertness that can range from extreme drowsiness to extreme excitement. Arousal can be a positive hedonic state (excitement arousal), where one feels active, energized, and excited, or a negative hedonic state (tense arousal), where one experiences tension and nervousness. Energetic arousal enhances the perception of product features and, in turn, increases purchase intentions for hedonic products such as buttery, salty popcorn; chocolate candy; and luxury vacations.

As this study examines the effects of caffeine intake in the range of about 30 mg to 100 mg, the research team conducted several experiments. Some studies involved setting up an espresso station near the entrance of a retail store in a major city in France and outside a department store in Spain. Upon entry, half of 300 shoppers were given a complimentary cup of coffee containing caffeine, and the other half were offered decaf coffee or water.

“ We found that the group who consumed caffeine spent about 50% more and bought nearly 30% more items than those who drank decaf or water, said the researchers. ”

Caffeine also impacted the types of items bought at the stores. The group that took in caffeine bought more non-essential items such as scented candles and fragrances. “Overall, retailers can financially benefit if shoppers consume caffeine before or during shopping. It is important for retailers to factor in that the effects are stronger for hedonic products so they can determine the correct proportion of hedonic products in their stores,” commented the researchers.

In conclusion, if you hope to save money this year on your back-to-school shopping trip, you may want to think before you drink. Consuming a caffeinated beverage before shopping will likely cause you to inadvertently increase your spending on items that may not be on your shopping list.

About the Journal of Marketing

The Journal of Marketing develops and disseminates knowledge about real-world marketing questions useful to scholars, educators, managers, policy makers, consumers, and other societal stakeholders around the world. Published by the American Marketing Association since its founding in 1936, JM has played a significant role in shaping the content and boundaries of the marketing discipline. Christine Moorman (T. Austin Finch, Sr. Professor of Business Administration at the Fuqua School of Business, Duke University) serves as the current Editor in Chief.

About the American Marketing Association (AMA)

As the largest chapter-based marketing association in the world, the AMA is trusted by marketing and sales professionals to help them discover what is coming next in the industry. The AMA has a community of local chapters in more than 70 cities and 350 college campuses throughout North America. The AMA is home to award-winning content, PCM® professional certification, premiere academic journals, and industry-leading training events and conferences.

About the Department of Marketing

The Department of Marketing at LSU’s E. J. Ourso College of Business prepares its students for careers in sales/management, advertising, buying, product development, retailing, and market research. Our mission is to enhance and advance the reputation for excellence of the department, the college, and the University through high-quality, transformative research programs. For more information, visit the Department of Marketing or call 225-578-8684.